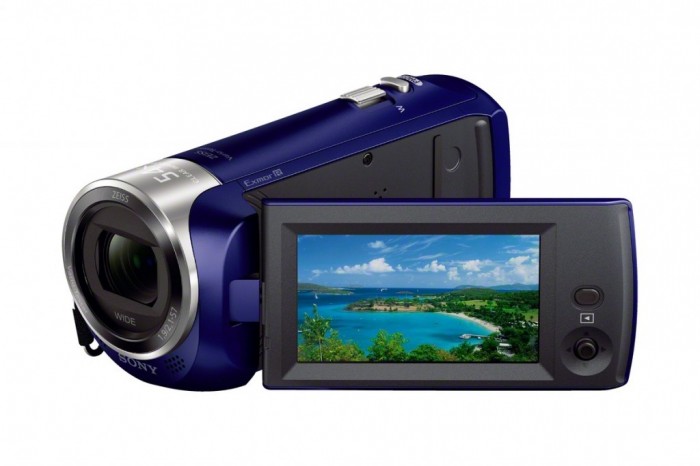 Sony isn’t about to show up empty-handed to CES! They’re showing off some seriously exciting new technology, from a 4k Handycam to action cameras and new Cyber-shot point and shoots. Whatever your digital photography and video needs, Sony is looking to cover them with new devices at CES!

First, there’s their newest 4k Handycam FDR-AX100. They say it’s 76% smaller than their other 4k camcorder, but it’s still packing some very impressive image specifications as well as wifi for easy sync. At $1,999.99, this isn’t an impulse buy, but it is a lot of imaging power in a tiny package.

Sony also wants a piece of the action camera market, and their new Action Cam is packing all the goodies you expect from extreme photography-focused cameras. It’s splashproof, has multiple mount options, and even comes with an editing suite so you can make sure those pictures you took of your awesome snowboarding maneuvers look their best. At $399, it’s priced right in line with other action cameras.

If you’re in the market for a new video camera, Sony has a whole new lineup, ranging from “prosumer” to entry level devices. On the high-end, you can expect camcorders to run you around $1,500, but if you’re looking for a simple way to document that family vacation, the Entry HD camera will run around $400.

Maybe you want a DSLR, but you don’t want to lug around a large camera. Sony has a new compact camera, the a5000, with interchangeable lenses, giving you the flexibility of a DSLR in a camera that weighs under 8oz! The basic kit will start around $600, and additional lenses will be compatible through Sony’s E-mount standard, giving you over 22 interchangeable lenses to get that perfect shot.

Finally, if you’re simply in the market for a basic point and shoot camera, the new Sony W830 will be both wallet and picture friendly, with Carl Zeiss optics and a price point of roughly $120.