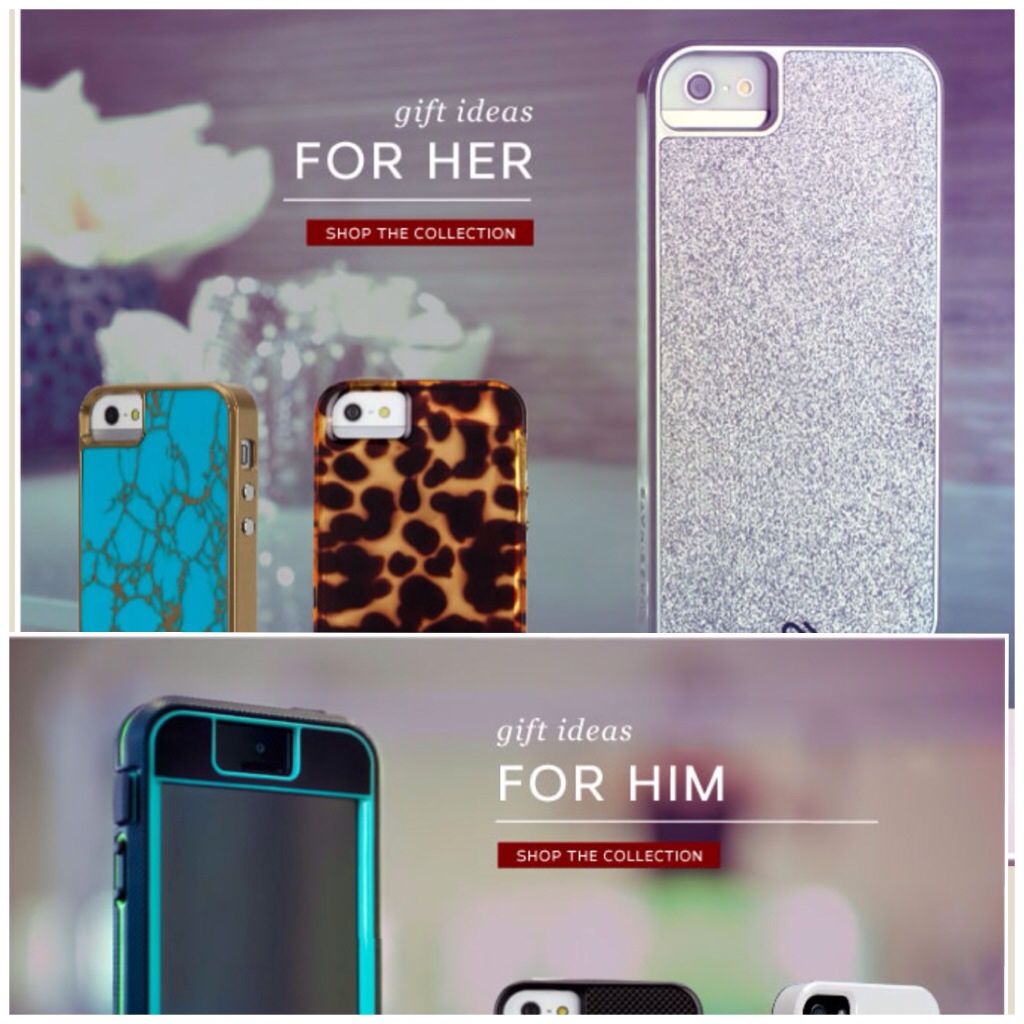 We received a marketing email from Case-Mate this morning that’s left me scratching my head. No, it’s not that they’re still pushing overpriced bedazzled cases, nor is it that they think the ultimate Valentine’s Day gift is an iPhone case; it’s that they imply case choices are very clearly gendered: men need rugged cases, but women want sparkly ones.

I would love to have been a fly on the wall when someone came up with this strategy. I imagine the conversation went something like this:

Man 1: We need a new promotion for February. How about Valentine’s Day?

Man 2: Sounds great. We can push those super girly cases…guys will totally buy those for their girlfriends and wives!

Man 1: Hmm, that sounds good, but if we only push cases for women we’ll look sexist.

Man 2: Aha! We can market the rugged cases for women to buy their men! After all, real men need real cases. My god, the email just writes itself…

Man 1: Yes! Perfect! One half of the couple gets a rugged case, the other gets a case that matches her nails and shoes! We’ll sell dozens!

Man 2: Gender-specific marketing is great! After all, it’s working out great for the toy companies…

Yes, this is a bit harsh, but honestly Case-Mate has me spitting mad here. It’s not that they’re pushing shiny cases; phone cases are accessories, and there are plenty of times when a woman may want a case with some bling. It’s that the email very clearly indicates the cases that a woman would want from Case-Mate are all delicate, not terribly protective ones, while solid and protective cases like the Phantom are all about the men.

If that’s true though, then why does Otterbox offer so many feminine colors for the Defender and Commuter? Why does every parent I know, male and female, have an Otterbox or similar case from Griffin or Lifeproof? Gee, maybe the idea of tough cases is a universal one that everyone, male and female, might appreciate? Not according to Case-Mate! They could have just as easily have pitched this same campaign, but instead of using gender markers, they could have called the collections by designations such as for the “style maven” and for the “adventurer”… there was no need to classify them as boy/girl cases.

And no, I am not overreacting here; according to Nielsen, 3 out of 5 smartphone users in the United States are women. We aren’t a niche market that’s drawn entirely to sparkly baubles, so companies should stop marketing to us like we are! Sure, make the sparkly cases, but don’t ignore the fact that we’re just as likely to need a practical and protective case as well … and we shouldn’t be made to feel like we’re shopping on the “boys” side of the store when we’re looking for one!