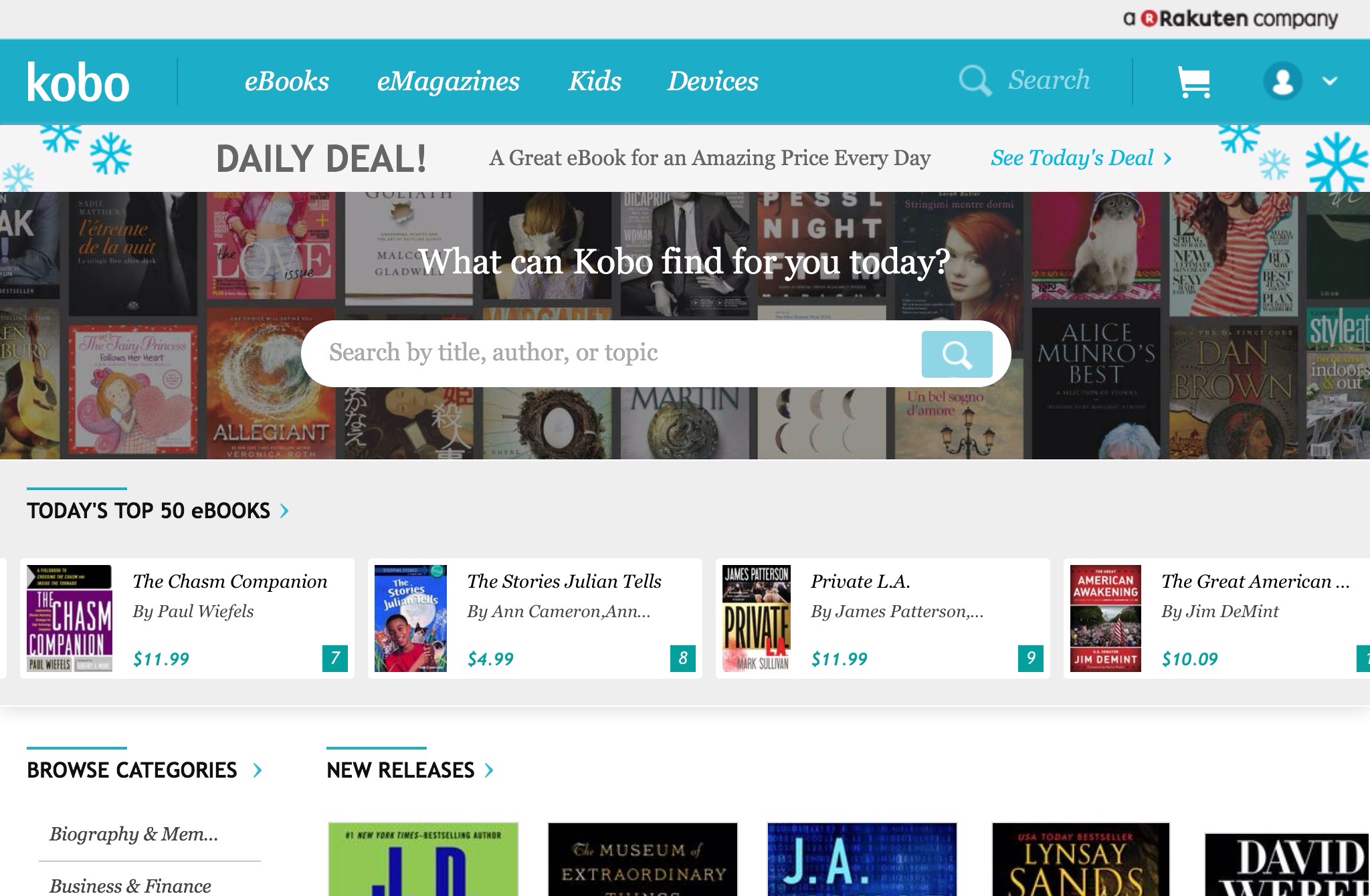 If you’ve heard of or use Kobo Books regularly, there’s a good shot you are not alone. Kobo has come a long way in a few short years, from starting as Shortcovers in 2009 to being purchased by Rakuten in 2012. Now they have some truly brag-worthy news-according to The Digital Reader, revenues are up 44%!

This is big news for a few reasons. One, Barnes and Noble has been bleeding money from the Nook division, and this news helps show that’s a B&N issue, not one endemic to the ebook industry. It has been obvious for some time that B&N has been mismanaging NOOK, while Kobo has steadily expanded internationally and maintained a slow but steady growth.

Two, it’s undeniable that the narrative of every discussion about ebooks comes back to Amazon’s dominance, but Kobo is showing there is room for growth in an Amazon world. The agency model is lifted, Amazon and the others have pricing freedom, and Kobo is still growing. In fact, Kobo is growing much the same way Amazon did, with dedicated hardware as well as companion smartphone apps, plus daily deals and coupons. In the end, Kobo is creating a good value for their users, and they’re being rewarded with revenue growth.

Kobo hasn’t reinvented the wheel, they’ve simply used common sense and good design to build a great business. As B&N wanes, Sony exits the market (and hands their readers to Kobo), and only Amazon remains as another big player, Kobo is bucking the odds. The more competition the better, and I hope Kobo continues to succeed and grow!