Microsoft continues to push Windows 8 hard in both the traditional laptop/desktop and the exploding tablet space, and the Dell Venue 8 Pro is one of the more compelling devices launched yet.

Based around an Intel Atom x86 processor rather than an ARM mobile chipset, the Dell Venue 8 Pro has an instant advantage to Android and iOS tablets: it can run full desktop applications. 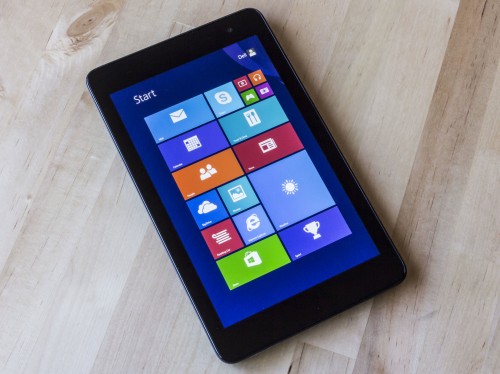 There is currently a bug with the Dell Venue 8 Pro’s automatic brightness implementation, which dims the display to an unusable level. Disabling the feature is the only solution at present, but it’s hardly a deal breaker in my opinion. 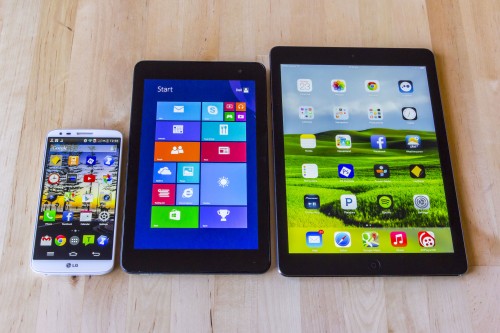 Despite its low price, Dell hasn’t skimped on the build quality, with quality materials and tight seems making the Venue 8 Pro feel like a premium product. I’m especially fond of the rubberised back, with a wonderfully texture finish that resists scratches far better than the back of a slippery aluminium-clad iPad. 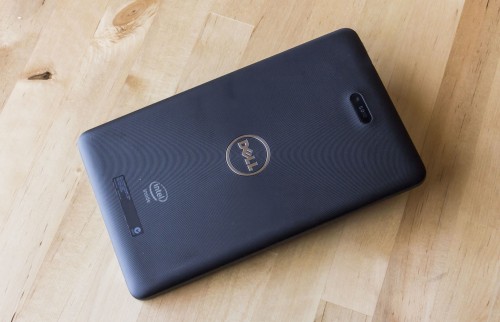 The main omission is an LTE modem, which is unfortunate. A huge part of the utility of my iPad Air is the ease of browsing  the web when out and about, and as a 4G hotspot for my laptop. It’s been quite some time since I’ve had to tether a tablet to my phone, and it’s not something I miss. Cellular is listed as “coming soon”.

Running the show is the afore mentioned Intel Atom processor, a quad-core Z3740D clocked at 1.8Ghz, mated to 2GB of RAM and either 32GB or 64GB of eMMC storage. My 64GB review unit had just over 40GB of free space available, once the included software is taken into account. Pretty lame that just over 60% of what’s listed on the box is actually useable. 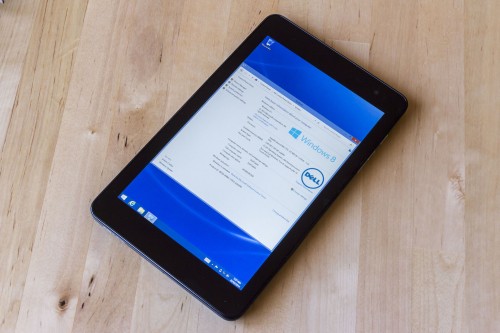 On the plus side the Dell Venue 8 Pro includes a microSD slot, so you can easily add a cheap 64GB to bolster the capacity.

Windows 8.1 is certainly a more polished operating system than the original, and the UI is far more convincing on a tablet than on a desktop or touchscreen-less notebook. Swipe gestures from the edges are responsive, and scrolling nice and smooth. 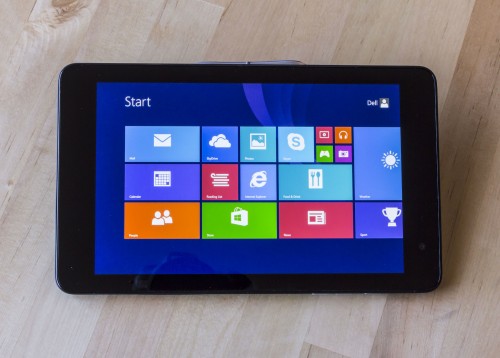 Modern UI applications work great on the Dell Venue 8 Pro, with finger friendly tappable targets that scale down well from the larger Windows 8.1 tablets on sale. Applications like eBay and Facebook replicate their iOS and Android versions well, and are far more usable than their respective websites on an 8-inch screen. 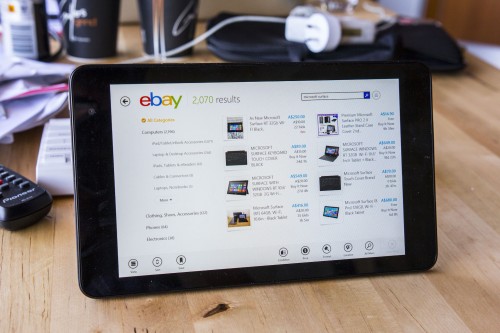 The compact slate lends itself well to Skype video calling too, thanks to the front-facing camera. A 5-megapixel shooter adorns the rear, but is expectedly unremarkable, and frankly how often are you going to be snapping pics with your tablet?

The hurdle for compact Windows 8.1 tablets is in the desktop mode, where things become difficult to use very quickly. Those large targets are now tiny buttons and scrollbars, that were clearly designed for the precision of a mouse pointer. Everything from Windows Explorer to 3rd-party x86 apps are difficult to use.

A stylus is apparently an option for the Dell Venue 8 Pro, but it wasn’t available for testing (and is listed as temporarily unavailable on the Dell website). 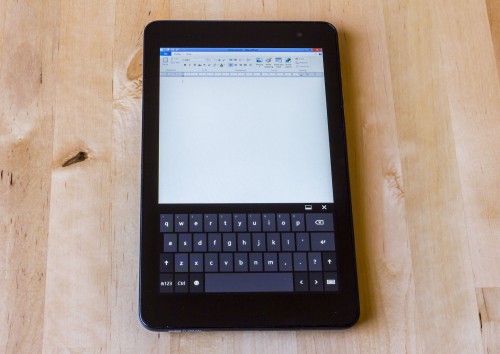 To really push the limits of the Dell Venue 8 Pro I installed a 30-day trial of Adobe Photoshop CC, an application I use on a daily basis for work. First off, it’s awesome to see a full featured desktop application load up on such a compact tablet. There is absolutely no comparison to the Adobe Photoshop Express app available for iOS and Android, this is Photoshop in all it’s photo-manipulating glory with no compromise. 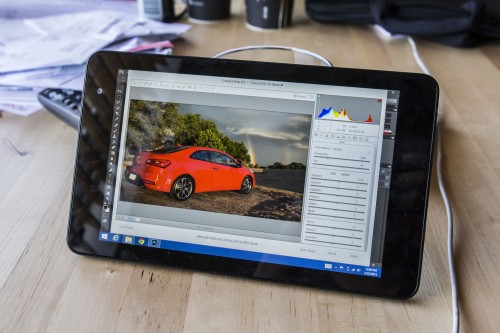 Loading up a RAW file snapped on a Canon 5D Mk III worked, though performance as you can imagine struggled somewhat. Since the limitations of the 2GB of RAM can be felt pretty quickly, it’s unfortunate Dell doesn’t offer a 4GB RAM option.

Still, the ability to run apps like this on such a compact and inexpensive tablet is fantastic, and is only going to get better as Intel beefs up its ultra-mobile x86 silicon. 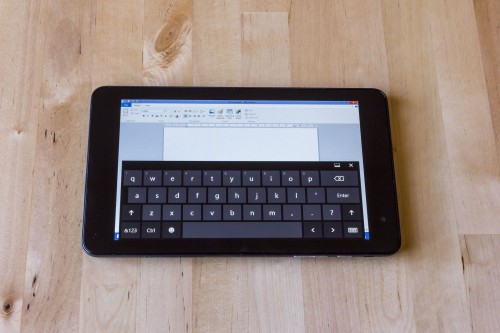 Thanks to its compact dimensions and sub-400g weight, its very comfortable to use the Dell Venue 8 Pro for extended periods. The rubberised casing ensures a secure grip, and the well-sized bezels give you a place for your fingers to rest.

Battery life is good, but not up to the levels we’ve come to enjoy on iOS and top-shelf Android tablets. Dell claims just shy of 10hrs, which is reasonably accurate depending on your usage. In my experience the battery was enough to power the Dell Venue 8 Pro for a day of web browsing, email and Facebook. It’s likely a cellular version would shave a few hours off this time, but until it’s available we can only speculate. 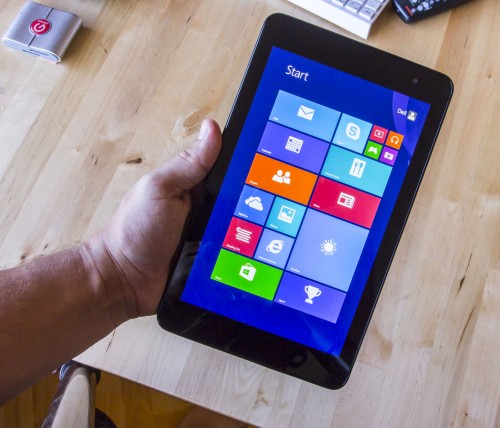 With a starting price of just AU$399 delivered (US$299), it’s small on price but big on value. Combining a quality build, compact frame and a proper x86 processor, the Dell Venue 8 Pro is one of the most versatile tablets on the market.

What I Like: Compact size despite running full Windows, grippy rubberised back, nice IPS display

What Needs Improvement: 2GB RAM limits multitasking and heavier apps, no LTE/Cellular variant, microUSB to USB adaptor would be a handy inclusion.

Thanks to Dell Australia for providing a review unit