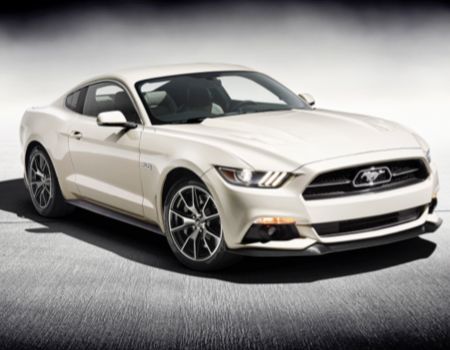 Happy Birthday, Ford Mustang! The venerable icon Pony car turns 50 today and there has certainly been plenty of hoopla surrounding the event including placing an all-new 2015 Mustang atop the observation deck of the Empire State Building in New York City. Ford also announced a special edition Mustang at the New York Auto Show this week. 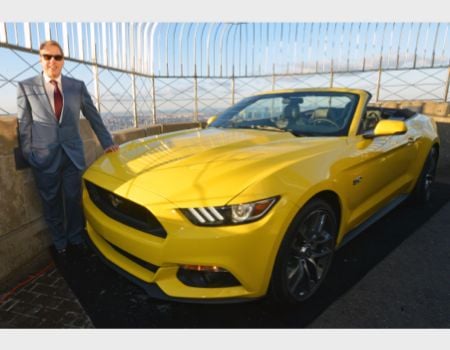 Events have been taking place across the globe to mark the 50th anniversary of Mustang including Pony Car drives and car shows and the aforementioned activities by the automaker itself. As one set of executives were showing off the convertible 2015 that was disassembled and then reassembled on the 86th floor of the Empire State Building, others were rolling out the 50 Year Limited Edition models during press days at the auto show across town. (It was a cold but beautiful day yesterday and just as Dan arrived at the top of the Empire State Building to see the car Bill Ford showed up to check it out.) 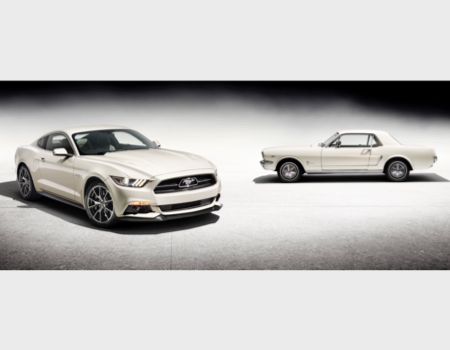 The 50 Year Limited Edition models pays homage to the Mustang Fastback model and only 1,964 units will be built when it goes on sale this fall. Color choices are Wimbledon White just as the very first Mustang was or Kona Blue. They will be outfitted with the 420hp 5.0-liter V-8 engine and include the GT performance pack that will include special badging. No pricing has been announced but expect the Limited Edition Ford Mustang to sell out very, very quickly.