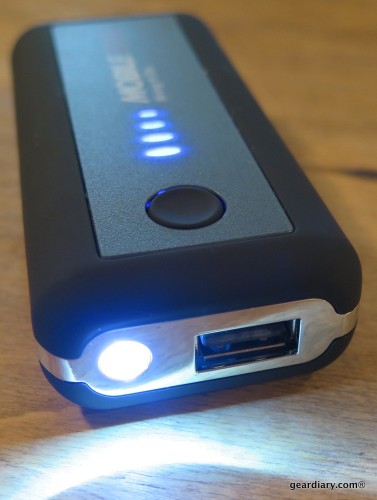 Perhaps one day, mobile phones will be invented that have batteries that recharge themselves as the person carrying them walks around. Until then, we’ll have to continue relying upon charging cords, AC/DC adapters, and extended batteries. If you’re still shopping for a mini power plant, Mobile Edge‘s UrgentPower DX 5200 is small enough to carry around for unforeseen charging emergencies. 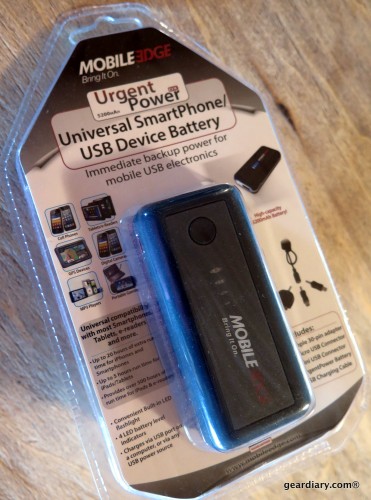 Measuring a compact 3.7″ long x 1.75″ wide x 0.9 thick and weighing 4.2 ounces, the DX 5200 is light enough and compact enough that it can fit in all but the smallest evening bags; it is certainly sized so that it won’t take up much space in a gear bag, briefcase, or purse. What this extended battery packs in convenience and charging power is belied by its small size.

Included in the package are the 5200mAh battery, an Apple 30-pin adapter, a microUSB Connector, a miniUSB Connector, and a USB charging cable. The cable that comes with the battery has a port on one end which can accept each of the three included charging tips in order to charge various devices. The microUSB tip on the cable is needed to charge the UrgentPower DX 5200 from a free USB port or AC/DC USB power source. 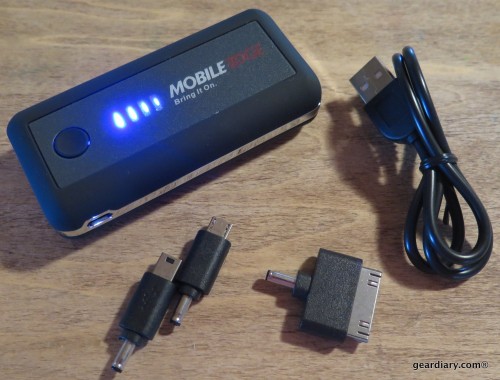 The UrgentPower DX 5200 has a button on its top that when pressed once will light up the appropriate amount of LEDs to indicate the battery’s charge status. Pressing the button twice will activate the built-in flashlight, pressing twice again will turn it off. 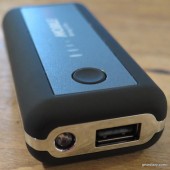 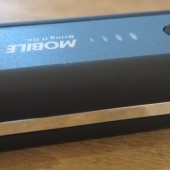 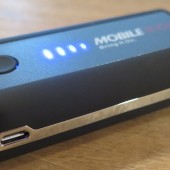 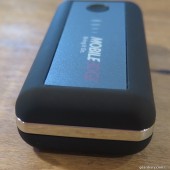 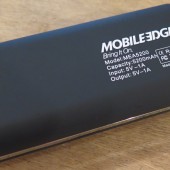 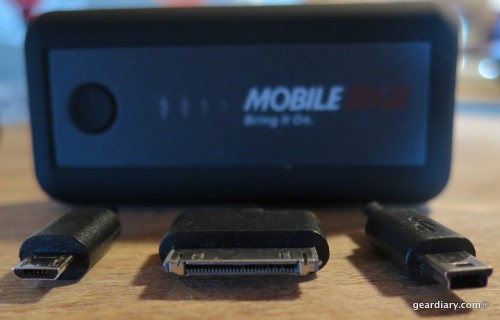 If you use the UrgentPower DX 5200 the same way I do, as a top off for your mobile device’s battery when it falls to 75% or so, then it will help keep you going for quite some time. This extended battery will not only power your mobile phones, it can also charge most tablets and eReaders.

I should mention that the DC 5V 1A charge that the UrgentPower delivers is a slower (and perhaps safer) charge for your mobile devices versus the quick charge delivered by a 2A battery.

While it’s nice that the UrgentPower includes the charging cable and the multiple tips, I haven’t found myself using them. I carry an iPad mini retina, which needs the Apple Lightning cable and a Sony Xperia Z2, which uses the microUSB adapter, so I generally have at least one of each cable on me. It may be an irrational fear, but I figure by using dedicated cables I won’t ever need to worry about misplacing a charging tip.

If you’ve been looking for an extended battery that isn’t large enough to weigh you down, one that is strong enough to help power you through even the worst work day and evening after, the Mobile Edge UrgentPower is a great option. The addition of the built-in flashlight makes it even handier.

The UrgentPower 5200 extended battery is available directly from Mobile Edge and other retailers.

What I Like: Portable size with more than one full mobile phone recharge available; easy to read battery life meter, built-in flashlight

What Needs Improvement: The addition of a 2A outlet would be nice, but that’s just a quibble

Source: The UrgentPower DX 5200 was a manufacturer supplied review unit