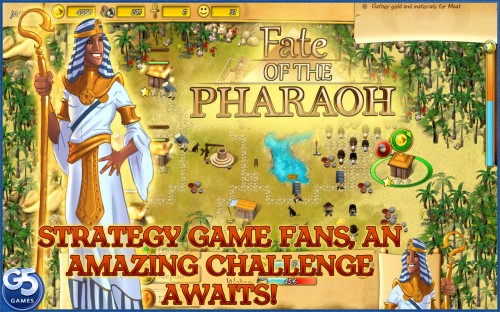 Fate of the Pharaoh brings city-building games to ancient Egypt

Over the past few years working with G5 games as they have grown into one of the more successful casual games publishers on smartphones, I have seen a fairly standard formula: they publish for iOS first, then Android and finally for the Mac (and occasionally PC). But with Fate of the Pharaoh we get a first – G5 is releasing an Android game before the iOS version! How does it play? Let’s take a look! 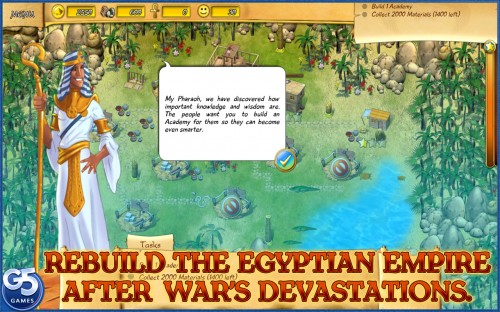 Major features: Fate of the Pharaoh is a time-management city-building game, and as such it adheres to the genre conventions. You have levels where you need to build certain dwellings, but those need money and resources to buy, which then requires you to gather taxes and construct a quarry or a well or something else to help you provide for the needs of your people.

The story tells of a dark time where your land and people were nearly destroyed, and how you as the new pharaoh need to help rebuild. You start out small but are soon rebuilding your empire! 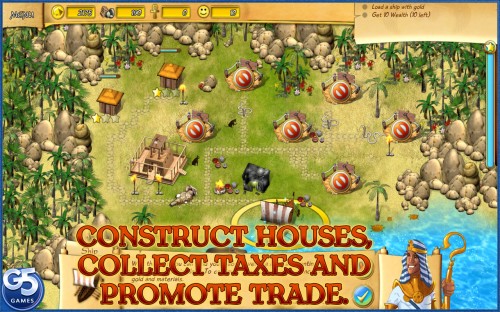 The flow is similar to other genre games, so at first you just need to build a few tents and collect some taxes. But soon you need to build more things than you have resources to construct. So you need a quarry to provide materials, and money because … well, I don’t know because Pharaohs just tell people to do stuff. Anyway, then you need water because you live in a desert, then you learn how to upgrade properties, then you get more house types, and eventually things like a marketplace. The major buildings come along in a way that makes sense and is dictated by the story, but housing additions feel fairly random and just done to help pace the game (which is fine). 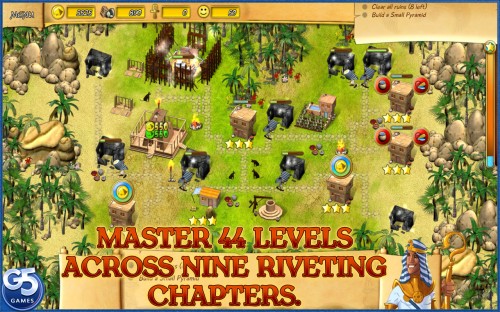 Speaking of being a Pharaoh, Fate of the Pharaoh recognizes this in resources by giving you limitless peasants to perform tasks. Unlike other games where you need to hire workers, here you just order a task done and workers appear. Naturally the game knows this and builds it into making the time factor more challenging in completing levels! At the end of each level you get rewarded based on how quickly and efficiently you accomplished your tasks.

Ease of use/Overall performance: If you have ever played a city-builder such as any of the Build-a-Lot series, you will know what to expect in terms of pretty much everything. It is a solid game that delivers several hours of fun and simple gameplay that is only really challenging due to the time factors. 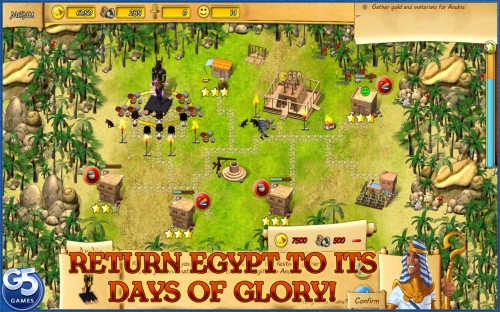 Would use again/recommend?: Definitely! I find these city-building games a blast, even though it takes me a long time to get everything done before the “Time of Ra” expires to get the best reward.

Suggested changes/wish list for updates: The selection of things to build feels smaller than in the Build-a-Lot games, making longer play sessions get a bit repetitive.