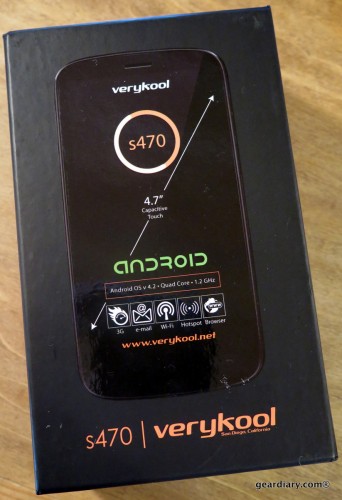 Do you occasionally travel overseas? Is your mobile phone US carrier locked? Do you want to save money while you travel by using a local SIM, but you also need to stay connected with your local number? What if you just want to buy an unlocked smartphone for under $250? These are all good reasons to get the verykool s470.

There are, of course, other reasons why you would want a relatively inexpensive unlocked smartphone; you might need a replacement phone after an under-contract phone’s demise, or you might need to buy a phone to use with a pre-paid SIM. There are plenty of reasons why you might not want to spend the typical $599 or more to get an unlocked flagship Android smartphone, and that’s when the verykool s470 becomes a very attractive option.

Of course, there are some tradeoffs for saving so much money. The Black Pearl (as the s470 is also called) is not an LTE phone, but if you can make do with 3G speeds (and let’s face it — a lot of people really don’t care that much about the difference), then the s470 will likely satisfy. 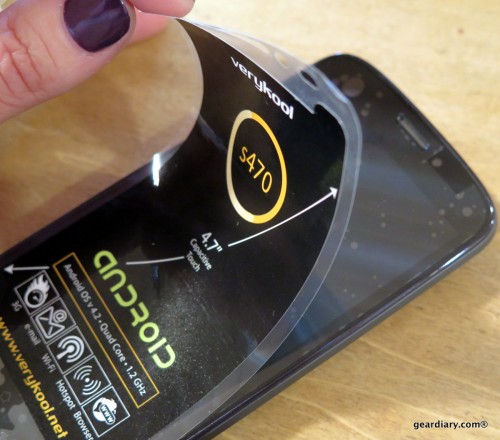 Included in the box are the sync&charge cable, a stereo headset, a travel adapter, and a screen protector. The verykool website mentions a phone case, but mine did not include one. 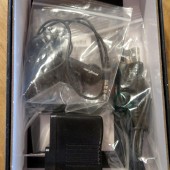 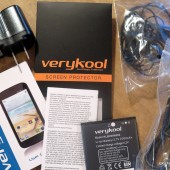 Even though it has a larger sized screen, the verykool s470 doesn’t feel that big; it measures 5.4″ tall x 2.8″ wide x 0.45″ thick and weighs 5.7 ounces. The phone’s body is largely composed of black plastic with a matte finish, and it feels good in-hand largely due to the curved corners and the beveled edges. The front of the phone has a speaker in the center top with a front-facing camera to the right; the bottom edge has three capacitive buttons — Menu, Home, and Back. 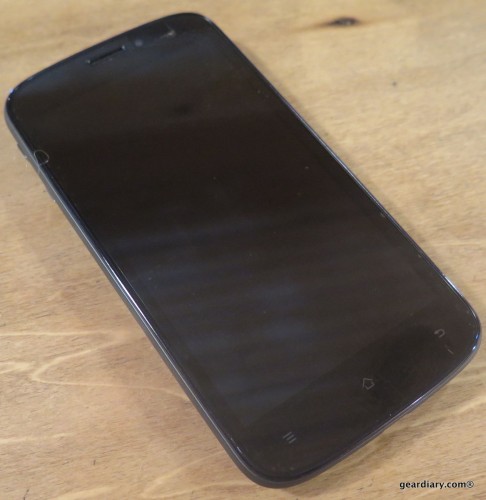 The power button is on the top right; the 3.5mm headphone jack is on the left. 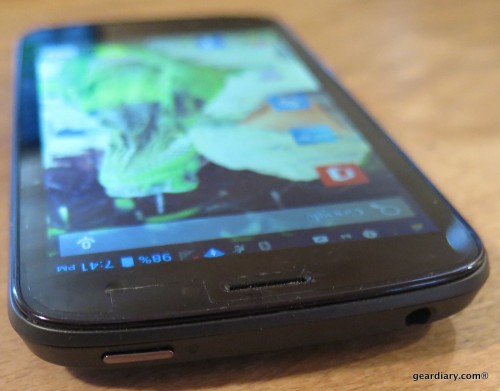 The volume rocker is on the left side.

There is a microUSB port on the bottom; harder to see is the microphone on the lower right edge. 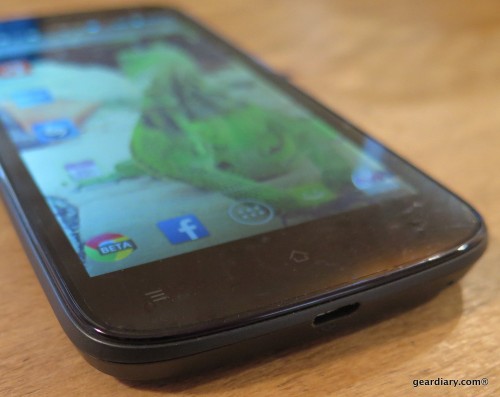 The right side of the phone is completely clean, except for the thumbnail divot in the back casing (for easy removal of the battery door). 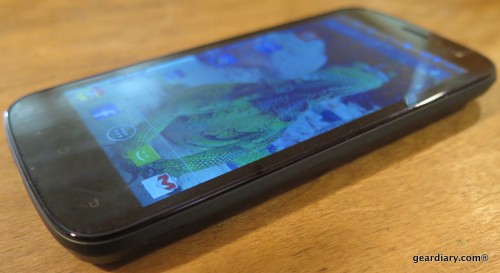 The back of the verykool s470 has a center-mounted 8 megapixel camera with LED flash. 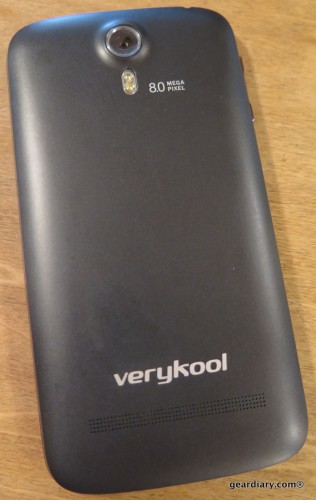 Of course, the feature that sets the verykool apart from most other mobile phones is that it has dual SIM slots, which means multiple lines on the same phone. Do you have to carry a work phone and a personal phone? Putting both of those SIM cards into the verykool s470 would mean one less phone to carry.  Do you travel internationally? Being able to keep your home SIM installed along with a local SIM while abroad means that you could still get important texts and calls on your home number while making calls, posting to social media, navigating, and using the phone’s browser on the less expensive local data plan; this is a great way to travel without racking up huge international charges.

As an international company we always keep the international consumer in mind. That’s why the majority of our phones feature dual SIM cards.  This is perfect for those looking to have multiple lines on one easy-to-use phone. Now you can make and receive calls from your personal, business or prepaid travel SIM anytime and anywhere. Our extensive line of phones all come unlocked and will work in any country in the world. What does that mean to you, the consumer? Now you have the freedom to choose any GSM service provider while not being locked down to a contract. With an easy to install prepaid SIM card (purchased separately) you can travel the globe and never worry about roaming, extra fees or exceeding that monthly budget.

Under the battery cover, there is a slot near the top for a microSD memory card; at the bottom of the battery compartment, there is a double SIM tray. The s470 takes full-size SIMs, or smaller SIM cards in adapters. 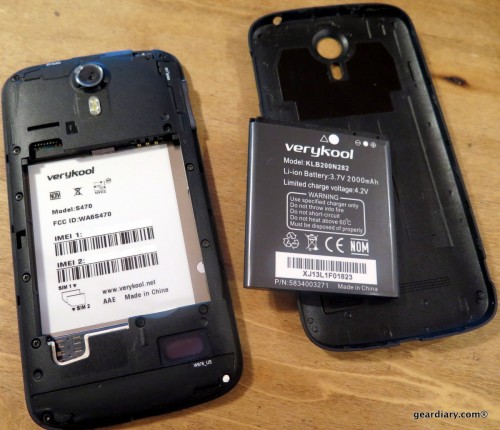 My only complaint about the phone was that I would often see a low memory warning when I was using it, even though I had a 64GB microSD card installed, and I had moved over all apps that could run from a card. It was just a minor annoyance, more than anything, but it is something you might want to know can happen. If you don’t usually have a lot of installed apps running at the same time, then you may never even see the warning.

Beyond the dual SIM feature, the verykool doesn’t have a lot of bells and whistles to make technophiles go, “ooh“, but it is an excellent mid-level phone that will work equally well for travelers, people who have more than one number, or people who need contract-free replacement phones for whatever reason. The sub-$250 price makes it affordable for almost everyone.

The verykool s470 Black Pearl and several other models are available directly from the manufacturer.

What I Like: Contract free phone; Dual SIM card slots; You can keep your home SIM installed when traveling abroad while using a “local” SIM to save money on data and calls;

What Needs Improvement: Only 1GB RAM, which means constant “low memory” warnings, even with a memory card installed; 3G only, so you can’t take advantage of the faster network speeds;

Source: The verykool s470 was a manufacturer supplied review sample