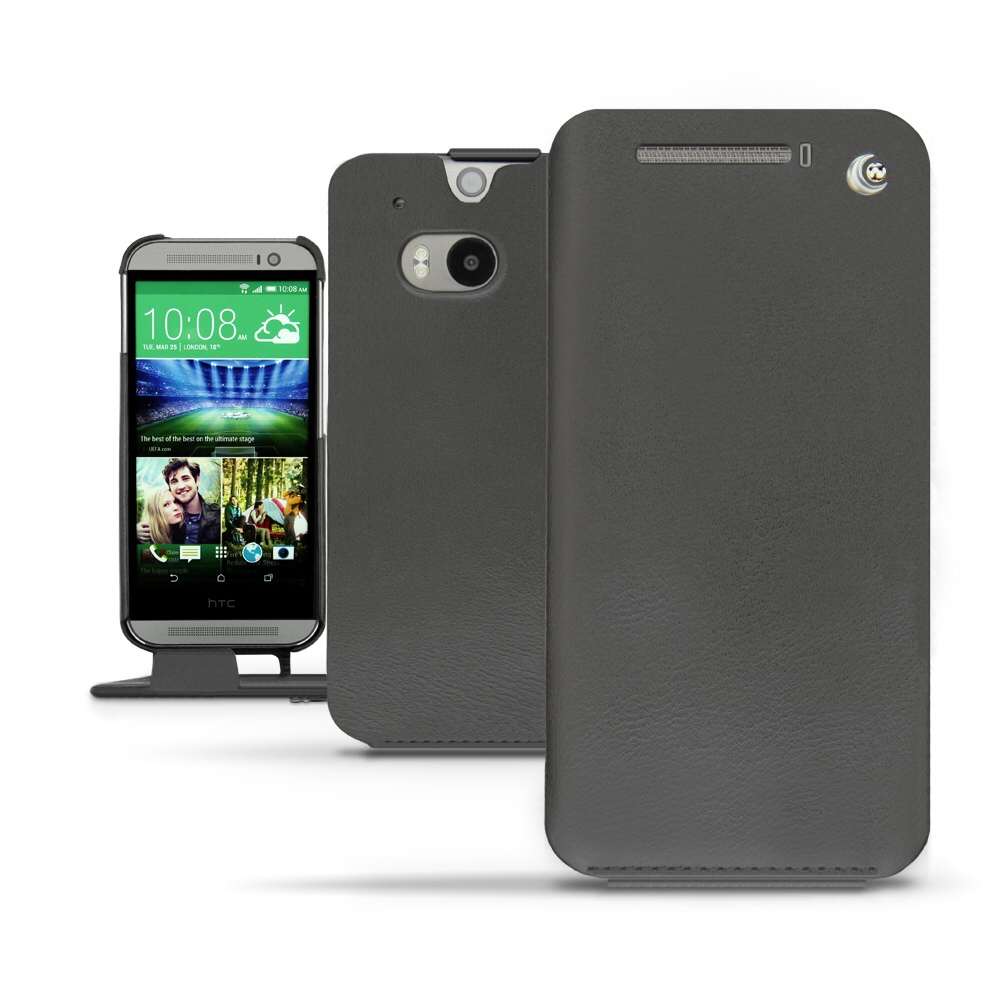 We have looked at a number of cases and skins for the HTC One M8, but most of them have been fairly pedestrian and plastic. A premium metal phone deserves a premium case, and that’s what Noreve aims to deliver with their Traditional Leather Case for the HTC One M8! 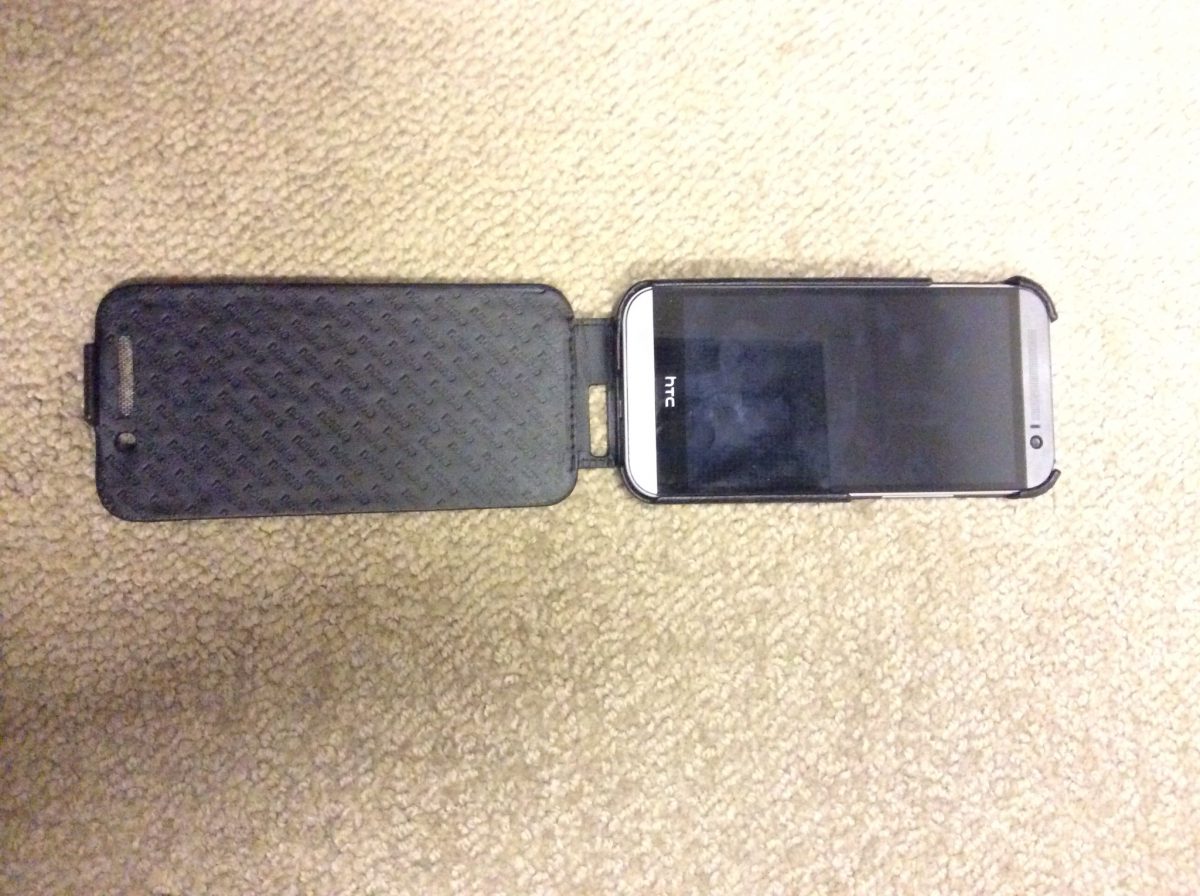 Even before you fit the case on the phone, you can tell you’re dealing with a different level of case. The leather smells amazing and is obviously high quality. It’s quite soft, and feels great to hold, but the case itself is still rigid around the frame and has a solid and stiff flip cover to protect the screen from scratches and dings. This doesn’t have the rugged outdoorsy feel of an Otterbox, but it feels like it could take on quite a beating without a scratch reaching the phone nestled inside. Note that since this is a leather case, though, there is risk of the leather being damaged, but the case does a very impressive job of covering many vulnerable spots on the phone itself. 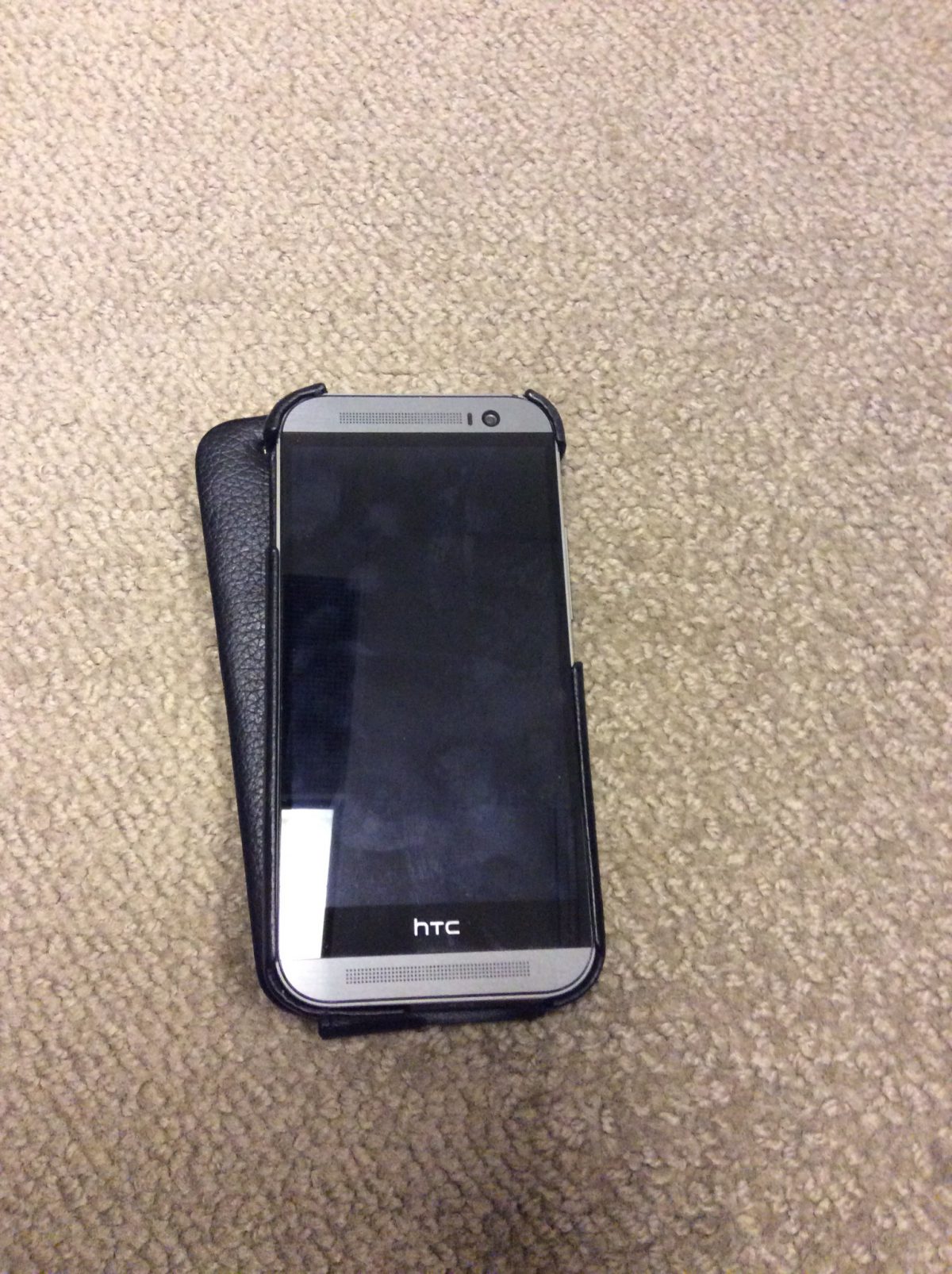 The case covers all four corners, and when the flap is closed only the headphone and USB ports are exposed on the bottom, and the power button on the top. Around the back there are cutouts for the double camera lenses and the flash. The flap itself has a cutout for the top speaker and a hole for the proximity sensor, which seems a bit odd, and my best guess is that Noreve thought that was the LED light. Unfortunately, as a result, the LED is only visible at an angle in the case; looking head on the angle of the cutout blocks the light. Next to the cutout is a very discreet metal logo-aside from this badging and the company name imprinted on the inside, there’s no branding at all, which gives the case a very simple but clean look. 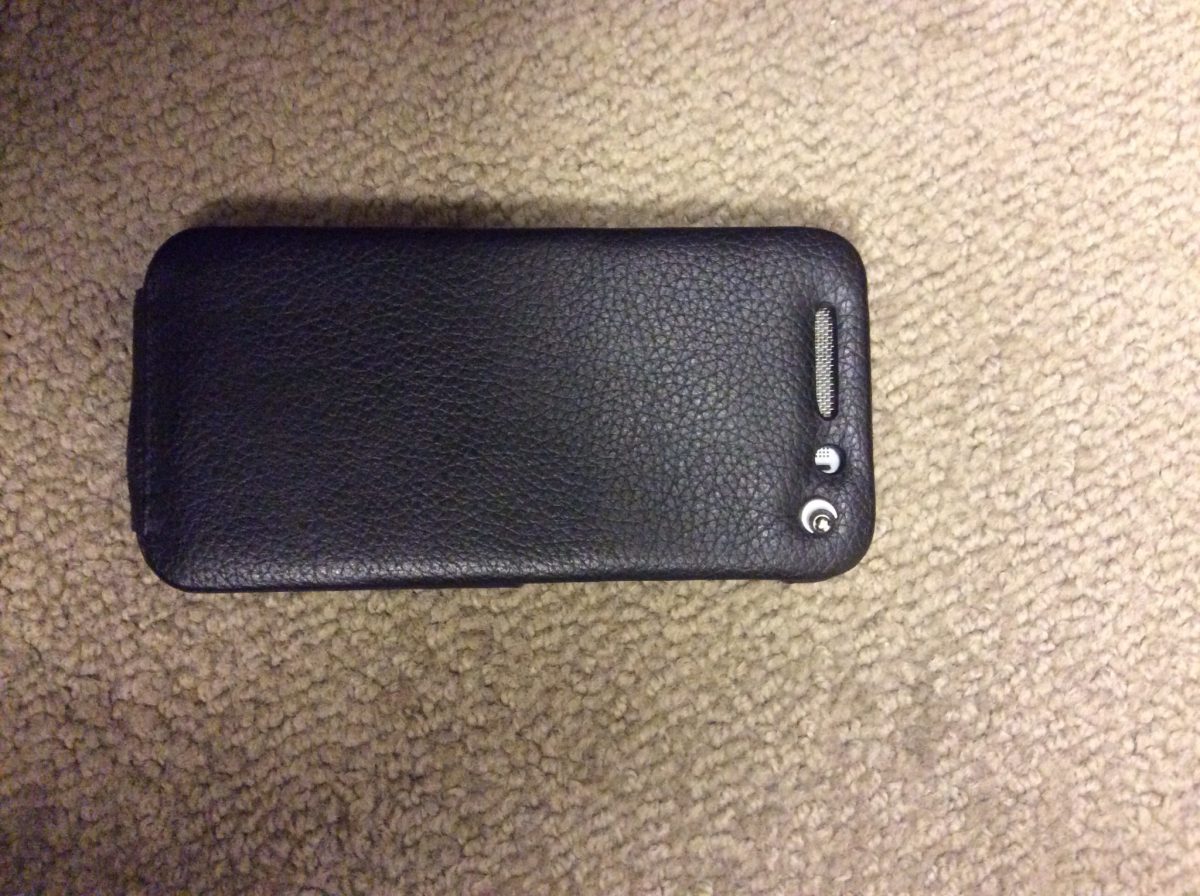 Flap cases can be a very acquired taste, but I like how the flap functions on the Noreve. It flips down, and can be folded flat against the back of the phone, so it stays out of the way easily. By flipping down, it also stays out of the way for quick camera shots, though obviously the lenses are blocked if you have the flap up against the phone. The flap stays closed by the friction of the top clasp, and it does an excellent job. I carry my phone in my pocket or loose in a bag, and nothing snuck between the flap and the screen, nor did the flap come loose on its own at any point. My main disappointment is that there’s no magnetic on/off built into the case like the Dot Case. I could easily double tap to wake the phone, but I found myself forgetting there would be no auto-shutoff when I closed the flap, and on several occasions I closed the flap with the screen still on. On the upside, the little lip that clips the flap to the screen also keeps the phone at a very slight angle when it’s flipped to the back. It’s not quite as high as a stand but it’s not totally flat, making it fairly pleasant for reading emails and scrolling through short articles. 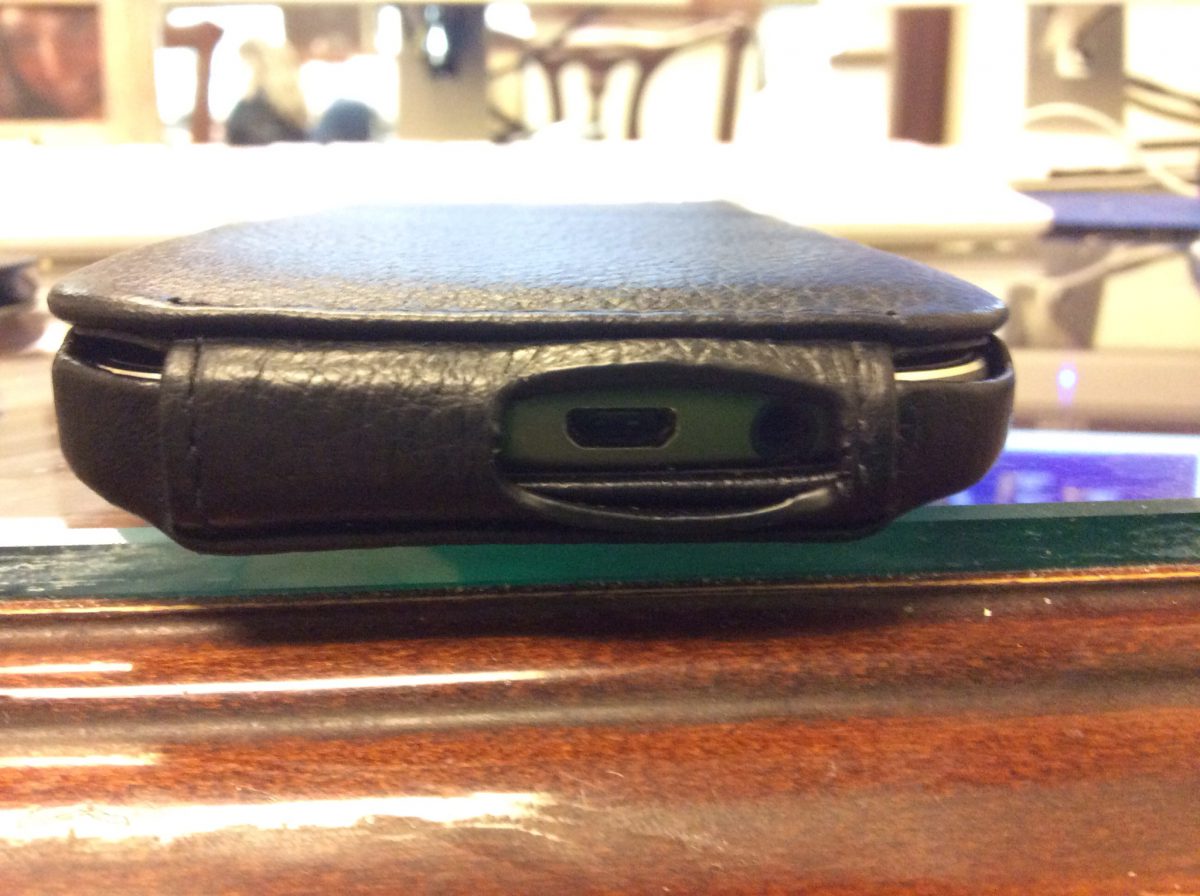 I said at the start of this review that this is a premium case for a premium phone, and it really does show when you use it day after day. Without fail, every person I showed the case to was quite impressed, and commented on the feel of the leather and the look of the case. There are tons of knockoff plastic “leather” cases out there, but when you handle a real leather case you’re reminded of why there’s a huge difference in quality and craftsmanship. I almost felt embarrassed slipping my phone into workout pants using the case, like I was too under dressed for my phone case! The Noreve Traditional Leather Case for the HTC One M8 comes in multiple leather colors, and if the flap-style isn’t your favorite they offer several variations with and without flaps to suit your needs. If you want your phone to ride in true luxury, take a look at the collection-you won’t be sorry!

What I Liked: Leather is soft and high quality; case fits the HTC One M8 perfectly; flap offers screen protection; cutouts give access to all the key phone functions; flap clasp gives the phone a slight rise on a flat surface.