Greg Ward is one of my favorite young artists, and has been featured here in my ‘Best of 2011’ with his ‘Phonic Juggernaut’ release and in my ‘Best of 2012’ with ‘Living By Lanterns’. His group ‘Fitted Shards’ released the acclaimed ‘South Side Story’ in 2010, and now has a Kickstarter campaign to help fund a new album. 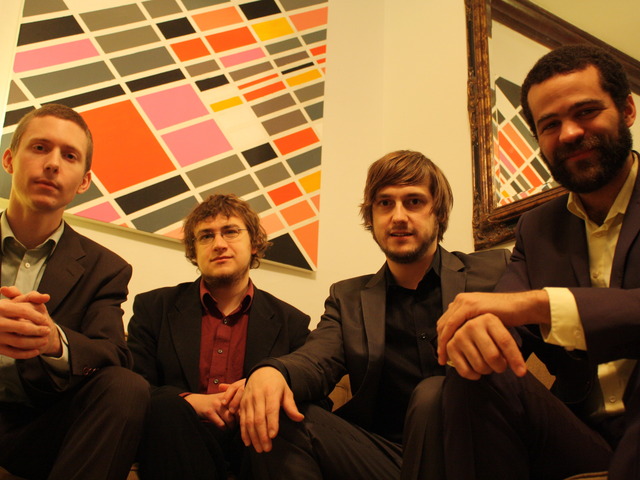 So why do I think you should check out and help fund this campaign? Some background …

Here is what I said about Greg Ward’s Phonic Juggernaut:

I found out about Greg Ward because I loved his stuff on Sam Tracpchak’s album,then found he had a 2010 release that was highly regarded so I bought it. Then late this year I came across ‘Phonic Juggernaut’ and bought it on the spot at Amazon without hesitation. Ward is an amazing musician whose ideas just tumble out in well-crafted phrases and jumbles and torrents – but each one is infectious and intriguing. This recording is a trio with saxophone, bass and drums, and everyone gets plenty of room but it is ultimately Ward’s show. I hate to use the buzzword synergy, but sometimes it is fitting.

And my appraisal of ‘Living By Lanterns’:

Take four of the hottest young Chicago jazz players and four of the hottest young New York jazz players, have them playing a bunch of compositions based on recently discovered Sun Ra rehearsal tapes, and you have the makings for a dream session that seems it would end up better on paper than in reality. But the surprise is that this recording actually exceeds expectations! The artists include Greg Ward, Taylor Ho Bynum, Ingrid Laubrock, Tomeka Reid, Mary Halvorson, Jason Adasiewicz, Joshua Abrams, Tomas Fujiwara, Mike Reed, Nick Butcher; with Adasiewicz and Reed as the leaders and composers. The presence of Mary Halvorson should alert you to the experimental nature of the recording, with most of the musicians comfortable floating between jazz genres. The songs are structured and thoughtfully arranged with plenty of improvisational space, but there are also loads of enharmonic sequences and and challenging free elements. It is stunningly original, tremendously deep and generously rewarding music – but again you need an adventurous ear

Now Ward is looking for crowd-funding to help make his new project with Fitted Shards a reality, saying on the Kickstarter page:

Fitted Shards is a Chicago-based quartet that I assembled in 2006. The band features Rob Clearfield on keyboards and piano, Jeff Greene on electric and upright bass, and Quin Kirchner on drums. Over the past 8 years, we’ve had the opportunity to share our unique-music all over the U.S. In 2010, we released our first recording, South Side Story, with the help of many of our friends and fans and received a lot of critical acclaim, including being selected as “Recording of the Year” by the Chicago Tribune. Once again, we need your help to make this project a reality. We are raising $12,000 in order to help pay for studio time, mixing and mastering, physical production, and the publicity of our new recording. For your generous donations, we have some awesome incentives. Also, we’ve decided to donate 5% of the total amount raised to the Tavis Smiley Foundation’s Youth To Leader program.

Head to the Greg Ward’s Fitted Shards’ New Recording Campaign page and check it out!