I am insanely excited for Peter Pan Live! After watching the previews, I am reasonably sure they raided a 70’s-era bar for Peter Pan’s clothes, Allison Williams looks less like a young man and more like a drag king, and Christopher Walken just looks lost. Funny or Die has weighed in with their take, starring Jane Krakowski of 30 Rock! 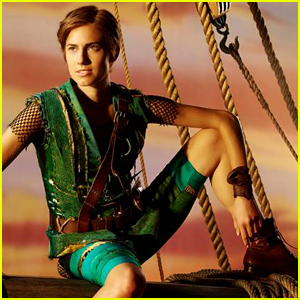 Peter Pan Live! starring Allison Williams as the prettiest Peter Pan ever, is airing this Thursday, December 4th on NBC. Leave your bets below on whether Twitter will implode from the snark.