Now that the Walking Dead Spinoff has been greenlit, the internet has been abuzz about its companion series set to take place in Los Angeles. The show has been picked up for two seasons according to Variety. 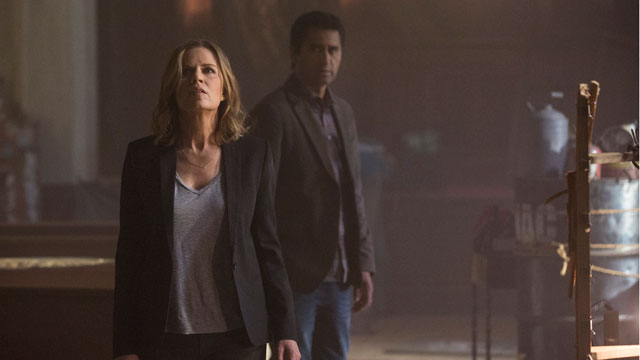 Season one is scheduled to begin in the summer with six one-hour episodes, while season two will begin in 2016. The show has been rumored to be called “Fear the Walking Dead” according to the Hollywood Reporter, and the pilot was co-written by The Walking Dead creator Robert Kirkman and Sons of Anarchy’s producer Dave Erickson.

What we do know about the show is that the cast include Cliff Curtis (Gang Related), Kim Dickens (Gone Girl, Sons of Anarchy), Frank Dillane (Harry Potter and the Half-Blood Prince) and Alycia Debnam Carey (Into The Storm, The 100). Although AMC didn’t offer up any plot details, the network’s president Charlie Collier said:

“From the beginning of The Walking Dead on AMC, we’ve been asked questions about what was going on in other parts of the zombie apocalypse and what it looked like as the world really did turn. Through this new series, we’re going to find out.”

“I personally take it as a sign that they believe, like we do, that we’ve accomplished our goal of developing something original that can pay tribute to the original show and expand the world I created while at the same time having something new to say with this story,” said Kirkman. “I’m very grateful that we now have the opportunity to tell this amazing story and show the fans that we really haven’t scratched the surface yet when it comes to The Walking Dead.”

AMC seems to do good with spinoff shows as of late, with the success of Better Call Saul, a Breaking Bad spinoff that is set in the past, which still gives Breaking Bad’s characters an ability to return. And with The Walking Dead’s Fifth season wrapping up in a couple of weeks, and not returning until the end of October, the spinoff is exciting news for those of us who need a zombie fix while waiting for Rick and the gang to return.