In 1962 Sonny Rollins created what remains my favorite album of his – The Bridge, with a quartet featuring guitarist Jim Hall. The interplay of guitar and saxophone on top of bass and drums has continued to fascinate me for the last 30+ years, and is one of the reasons I find the new Mary Halvorson project ‘Reverse Blue’ fascinating. 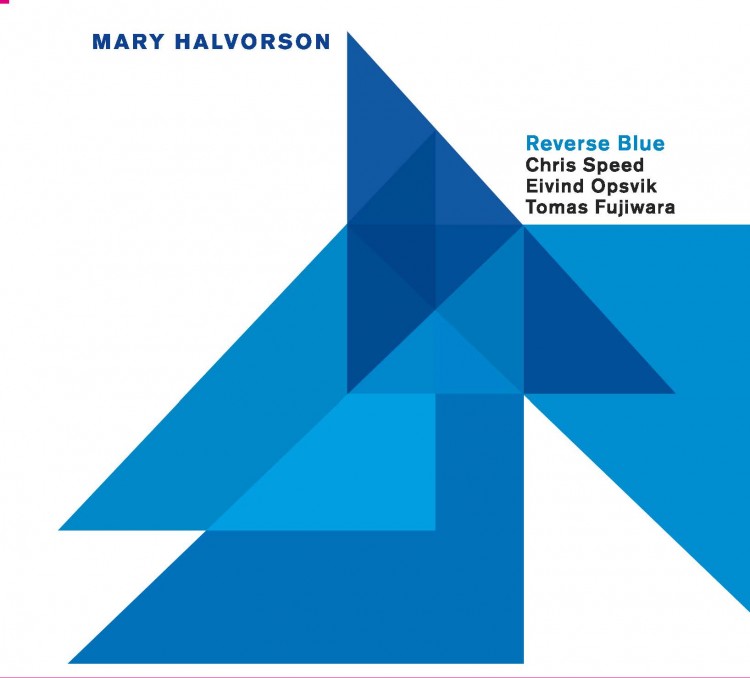 Where to buy: Relative Pitch Records

“Halvorson’s deliberate, prickly guitar-wielding is on display, with characteristic bent notes and unexpected directions. For instance, her heavy riffing and soloing on the opening track, Torturer’s Reverse Delight, is offset by a more introspective and jazzy approach on Hako, as well ominous falling tones on Rebel’s Revue. All four musicians contribute equally to these efforts, often collaborating in contrapunctal lines and dissonance. Another keeper from Ms. Halvorson.” ~Avant Music News

From the intricate opening lines of “Torturer’s Reverse Delight” through the introspective strains at the end of “Resting on Laurels”, this is a recording that stands alone amongst Halvorson’s work. Do I mean it is the BEST of her recordings? No – I continue to stand by ‘Bending Bridges’ as my personal favorite. What I am talking about is the way that so many of her records are really closer to ‘trio plus guests’ than true group recordings. For the first time I felt that there was a simultaneous intimacy and synergy in the melodic and harmonic portions of the group.

“Torturer’s Reverse Delight” is a great study of the entire album. Halvorson and Speed intertwine lines in the opening, and then swap roles back and forth throughout the song before it abruptly ends. The structure allows for both players to stretch out, but neither one is ever really gone – there is a great deal of support played by both leads.

Whereas the trio album ‘Thumbscrew’ I reviewed in January was stunning and unrelenting, ‘Reverse Blue’ is both more subdued and more uneven. Sometimes, like in ‘Insomniacs Delight’, there is a building tension that simmers along for the majority of the song, only to break when the soloist changes from Speed to Halvorson. It is at that change you realize what had been built up as you feel let down and interrupted – but don’t worry, the tension is back within a minute.

At times the guitar and saxophone interplay reminds me of classic Dixieland swing, at others the frenetic mirrored melodies evoke some of Zappa’s 70s work, and still others have lead lines with contrapuntal play between guitar and saxophone. It all works fairly well, but there were a couple of times it started to feel a bit rote and a couple of songs that dragged and became easy to skip in favor of others. “Rebel’s Revue” is one such song – it is solid and enjoyable, but not up to the level of many of the other tracks.

“Really OK” is the song that most closely evokes the spirit of Jim Hall and Sonny Rollins in an almost hard bop style. The opening chords, supporting bass and drums and melodic line are gorgeous and flowing, then things get moving. It is definitely the most mainstream feeling song, and until Halvorson pulls out some of her trademark sounds and lines it isn’t immediately clear this belongs. But it ‘evolves’ in an exciting way and is such a fun song that I can never get enough … it was very nearly my ‘quick song’.

I have focused on Halvorson and Speed, which is really unfair to the amazing work that Opsvik and Fujiwara so in supporting and extending the harmonic structure and palette for the soloists. They provide much more than structure – they define many of my favorite moments on the album. 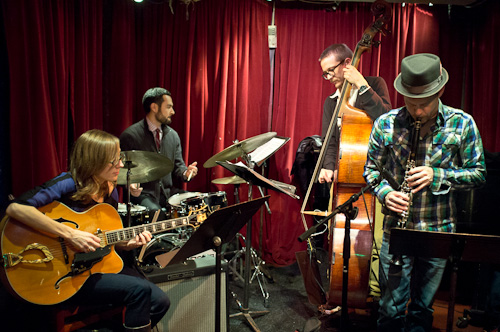 ‘Quick Hit’ Song: “Reverse Blue” – change the instruments to electric slap bass and modern house drum kit, reshape a few chords and resolve a few lines and you’d have a jamming funk tune ready for a singer or rapper to drop lines over for a pop hit! Well, not really – but the deconstructed funk rhythm is incredibly infectious, and jumping right into the heat of the song is perfect for this composition. This is perhaps the best group effort on the album, and I fell in love with it the first time I heard the opening chords.

Would I recommend?: Absolutely! Even though there are a couple of songs that don’t sustain the high level of most of the recording, everything is worth checking out, and some of the songs are fantastic. Also, the interplay between Speed and Halvorson makes this a unique addition to Halvorson’s body of work and makes this a ‘must have’ for fans.

Suggested audience: Once again I mention that this IS a Mary Halvorson recording … and *requires* adventurous ears, even the most ‘mainstream’ song ‘Really OK’ proved a bit much for my family once it really got going (same for ‘Reverse Blue’, though my kids love the funky opening as well!).

Here is the group playing ‘Hako’: