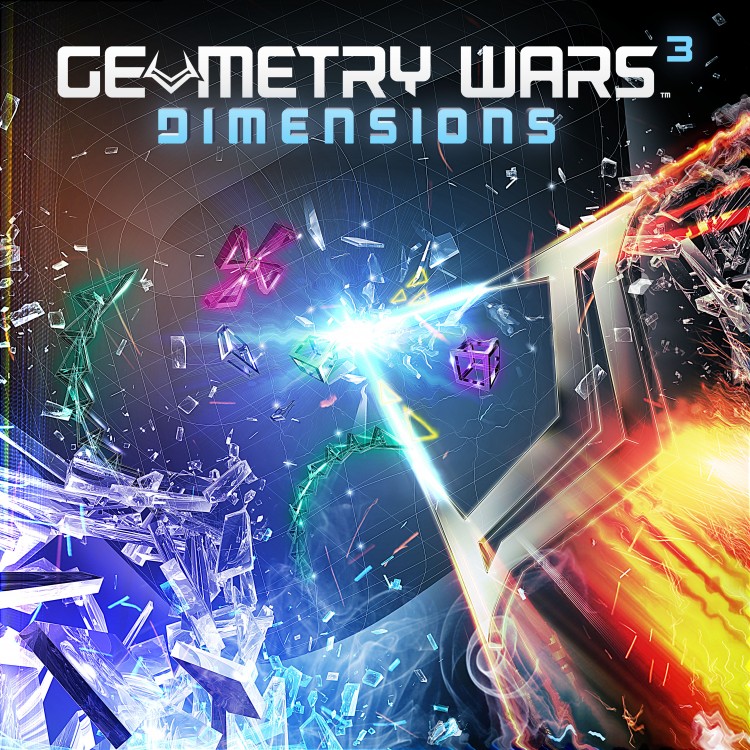 Developed by Lucid Games and published by Sierra Entertainment, Geometry Wars³: Dimensions accentuates the three-dimensional aspects in the visuals, mechanics, and level designs very well, which carries on the strong franchise tradition. The Geometry Wars game series originated from a mini-game on the XBox game, Project Gotham Racing 2.

Geometry Wars³: Dimensions is an exciting new evolution of the iconic, fast-paced and frenetic Geometry Wars™ gameplay fans love, and will introduce full 3D action and competitive online multiplayer for the first time in the franchise.

In addition to a full single-player campaign with 50 unique challenges and over 10 battle modes – five of which are completely brand new to the series – Geometry Wars³: Dimensions also features a revamped cooperative multiplayer mode, plus dynamic and persistent progression, offering players a consistently new experience each time they play.

The control scheme is super simple. Left stick to move and right stick to shoot. The L2 button is the super and the R2 button is the smartbomb, which should be used as a last resort. Players can change configurations of the sticks if they like. 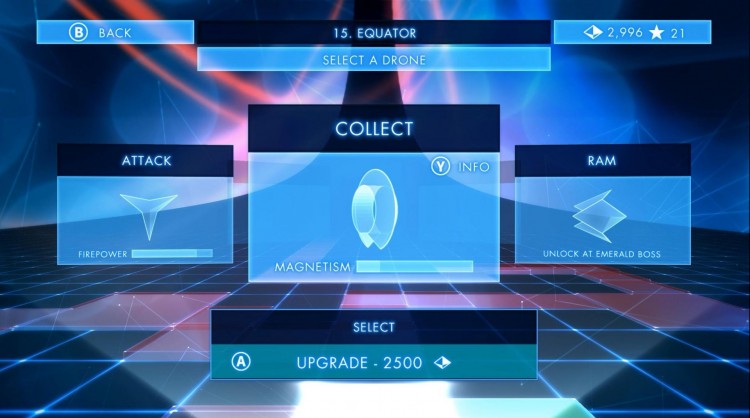 The supers are limited, but the helpful drones provide constant assistance like spreading layers of mines. Players can select drones for each level, but it would be great to have more customization and placement options for these drones. Hopefully we see choosing the exact number of drones and combining drone powers in future installments.

The action and enemy variety is decent. Players get in-depth challenges on accuracy and challenging obstacles to avoid instead of endless shoot ’em up scenarios. The action gets so fast…and thick that it’s helpful to concentrate on moving through open paths or shoot in circular patterns to thin out enemy numbers. Thankfully developers place enemy outlines just before they appear so players can have a fighting chance to navigate through the chaos.

Game modes include the single player campaign mode titled “Adventure”, which is highly recommended for the initial game mode for new players or others who need more assistance. In classic game mode, players can enjoy all but one of the original modes from the previous Retro Evolved 2 installment. The remaining three game modes are local co-op, online competitive, and bonus levels.

In the adventure mode, players can pause (start button) and restart any time or retry at the end. Each level is timed and requires a minimum point score to advance. Developers add a nice pleasing audio beep when time is running out. The infinite lives in the beginning levels help, but don’t depend that cushion because it costs valuable time to respawn. Players cannot change the difficulty and bosses appear every 10 levels. The helpful drones thankfully appear sooner. 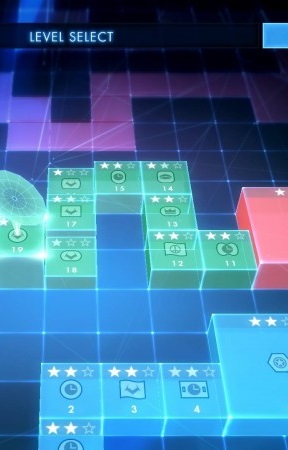 Players earn one to three stars as they advance and developers provide a simple level select map similar to a game board. One hundred stars unlock past level 50, so shoot for an average of two stars in each level. Open squares are pink and selectable squares are multicolored while a “more info” option reveals information on white text with a transparent colored background that isn’t an optimal choice for overall readability, especially on a light blue background, but enhances the visual experience nicely. 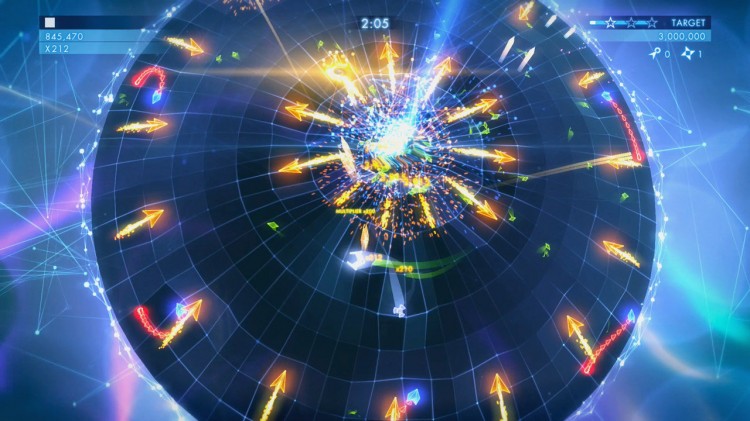 Green is good and represents the geom currency among the vibrant color schemes. Players must gravitate towards them and other helpful remnants, bonuses and multipliers…The trick is snatching these precious pieces without destroying yourself. Geoms allow players to upgrade abilities throughout the game. 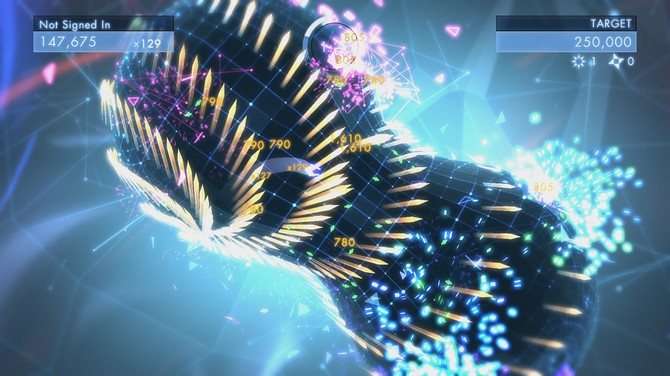 Things can get crazy in the boss battles plus the screen fills quickly with enemy remnants and debris from your shots. The circular, solar flare-like combinations of enemies adds to the excitement. Once you understand each enemy’s special abilities and spawning areas, your progression can rise as quickly as the challenges.

Players move also through gates (lines with orange triangles on the ends) and encounter other supplementary challenges while fighting off large waves of enemies.

This fast-paced game has overloading visuals and kinetic colors throughout for a sensational game that offers players a nice variety on many different levels in an all ages experience. Highly recommended and available on PC, PlayStation 4, Xbox 360, and Xbox One.

[affiliate link] and other stores.