Regular readers of Gear Diary may remember that I’ve mentioned before that I played a lot of rugby in my college/post college years. Besides blood and dirt, the defining substance of rugby is probably beer. Ruggers love their beer. So the Handle This Cup Kickstarter project has my attention as a way to hold beer AND keep it cold! 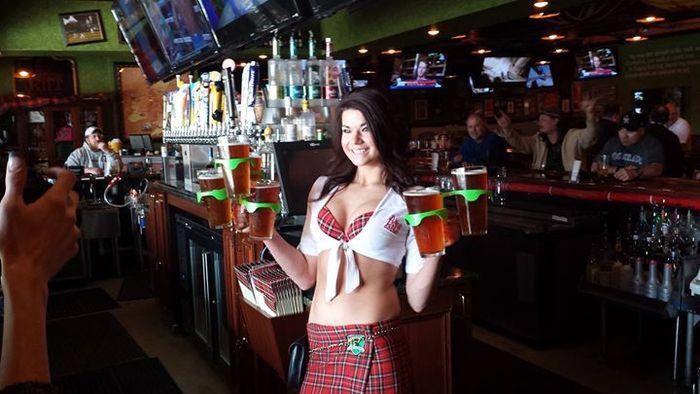 The concept behind “Handle This Cup” appears to be two-fold. First, they created a ring and handle that lets you turn any cup into a mug, so your toasty hands don’t ruin your beer. And since you’re drinking a beer that came in a plastic cup, it is probably not, shall we say, a quality beer, and the only thing worse than Coors Light is warm Coors Light. Cool idea, but there are other solutions, like chugging your beer while it’s still cold and avoiding the whole “slow cooked by your body heat” issue.

Ah, but the folks behind “Handle This Cup” have another trick up their sleeve. The various cup handles can link together, forming the Rat King of plastic cups of beer. Basically, not only do you have a fancy handle for your plastic cup, you also have a fancy cup carrier so you can juggle multiple crappy beers at once.

This is actually a pretty clever idea, but I have a few concerns. One, it requires you to plan ahead and bring these handles with you (unless the company plans to partner with vendors and sell them at events). Two, it requires you to remember to bring it home with you after you’ve been drinking. Finally, they aren’t listing retail prices yet, but to get ONE handle on Kickstarter it’s $10. For less than that you can go get your own thermal mug from Target.

Still, it does sound like a neat idea, and if I were in my early 20s and constantly outside drinking crappy beer again, I’d be all over it! You can check out “Handle This Cup” Kickstarter here, and the cutoff is February 9th.