One of the great things about the recent rise of indie gaming is the sustained support for games over a long period. Successful online tactical RPG strategy game Pox Nora was purchased from Sony by the original developers who had founded a new studio called Desert Owl Games. Now they have released their first expansion called Ronin.

New adventures are coming in the latest expansion to Pox Nora, the tactical turn-based strategy game with elements of collectible card games and fantasy RPGs, from Desert Owl Games. In Ronin players will battle with and against powerful new champions, embark on an epic new PvE quest and explore uncharted lands.

Ronin is the first expansion released by Desert Owl Games since the development team purchased Pox Nora from Sony Online Entertainment (SOE). Originally created by Octopi, the developers sold Pox Nora to SOE in 2009. Many of the original members of the Octopi team formed Desert Owl Games in 2011 and reacquired the game in 2014. Since then, Pox Nora has been completely rebalanced due to demands of the media, players and to return the game to the designers’ initial vision.

“There have been more than 20 million play sessions of Pox Nora in its eight and a half years of existence. Many of our players have grown up with the game and still login daily,” said Arthur Griffith, CEO, Desert Owl Games. “Our 24th expansion,

Ronin, builds upon the strategic gameplay and high-fantasy lore our passionate players love while still remaining accessible to someone trying the game for the first time.” 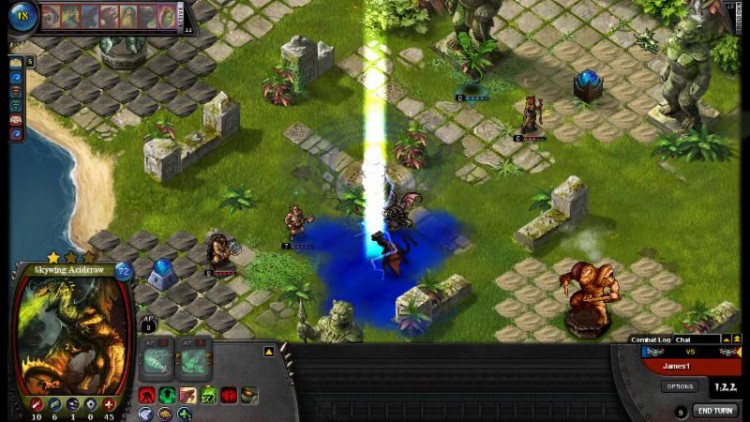 Features of Ronin Include:

* A PvE campaign
* Maps for PvE and PvP
* 60 runes (Cards that represent champions, spells and equipment)
* 40 abilities (Special behaviors, powers and effects that champions have)
* More than 50 champions
* Themes and updates to existing ones, including yeti, witches and cyclops

Pox Nora is free on Steam. The game features optional microtransactions for virtual currency that allows players to purchase rune packs and boxes immediately, but runes can be acquired without spending any real-world money.

Check out the Pox Nora trailer: