The Raspberry Pi is the darling of the maker and hacking culture.  This little tiny computer is great; however it is slow.  That’s where version 2 comes in, and it’s now available today. Version 2 ups the specs so that the Raspberry Pi will maintain interest for years to come; it will ALSO be able to run Windows 10. 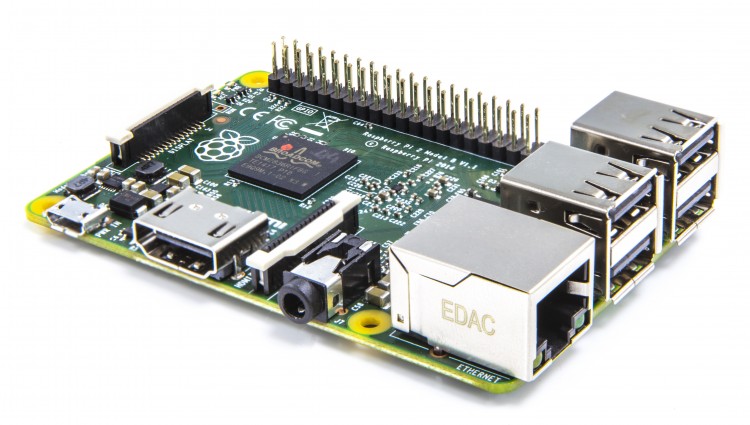 Two Christmases ago, Perry Brauner who also writes for Gear Diary gave me my first Raspberry Pi computer in our internal holiday gift exchange. The Raspberry Pi was developed as a way to get kids interested in programming and working with hardware; it has since gone WAY beyond its humble beginnings.  Hardware hacker Ben Heckendorn who was made famous by hacking various game systems all the way back to the Atari 2600 even built a more complete computer based on the Raspberry Pi which included a keyboard, and it’s been popular ever since it came out.  People use the Raspberry Pi as a base for all sorts of projects from media centers to ham radio projects. Up until now, it has been sort of the VHS of small computers: Not the best but wildly popular. Other boards have had higher specs like the BeagleBoard Black. The updated Raspberry Pi’s specs should provide even more ideas for projects, as now the hacker has more ram and more cores.

One last, but important difference between the previous Pi and the new one is that version 2 will be able to run Windows 10, and that OS will be free. Now you no longer have to use Linux to run your Pi, but I will continue to use it since I can’t imagine that Windows 10 would run that great with only a Gig of Ram.

Update: Actually even though Element 14 lists it as out of stock they will let you process an order anyway and will ship them as soon as they get them.  Order one now as they will be hot!