The two-man team at Ivent have made Strength of the Sword Ultimate, “the kind of game you beat instead of finish” after working “in the garage for five years”. Their efforts have already paid off with an initial $14,000 Kickstarter goal met for this “3D fighter vs brawler with old-school vibe”. 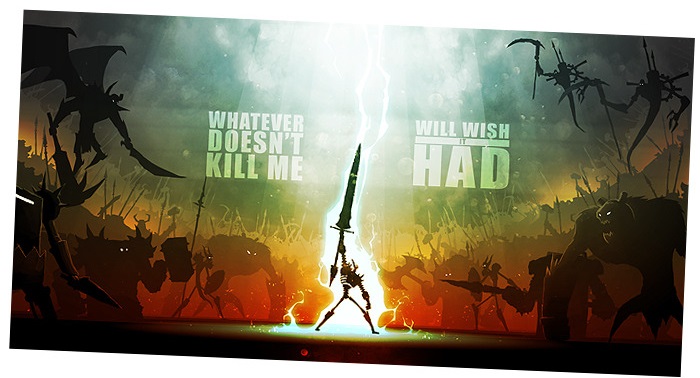 Developers “kickstarted” their initial Strength of the Sword Ultimate PlayStation 3 release with this campaign that is still active for stretch goals..

Weapons in this upcoming fighting game feature a flamethrower, shields, rocket launcher, and, of course, a giant sword. Players need to master strategic actions for the swordplay to lay waste to enemies.

Game modes will include a 4-world, 11-stage story mode and a timed survival mode with more planned modes.

Does this game have the strength to expand?