Hand of Fate is a card-based roguelike that found funding through Kickstarter just over a year ago, and has now been released for PC, PlayStation 4 and Xbox One. The game blends the RPG and collectible card games genres easily and with a style that is bound to appeal to fans of both game types. 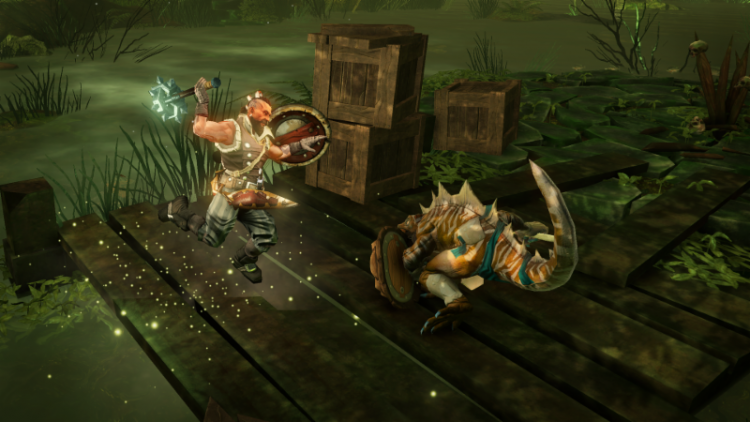 Set in a cabin on the edge of the world, Hand of Fate thrusts players into a game of life and death with a dealer intent on their demise.

Gamers start by building a deck of equipment, enemies, encounters, loot and surprises – then play it.  Some cards present players with game-changing choices, similar to a tabletop RPG. Other cards require gamers to fight for their lives against terrifying mythical creatures. When this occurs the title switches to third-person perspective and has an action-adventure combat system.

Hand of Fate can be purchased for $19.99. The game is currently offered on Steam and will be available on PlayStation Network and Xbox Live by the time you read this!