The new Jot Script 2 Evernote Edition is the result of cooperation between Evernote and the good folks at Adonit. It is a huge advance in iPad stylii and it comes with the secret sauce of powerful apps and Evernote Premium for six months. I have one in hand and am impressed. Here’s a quick overview. 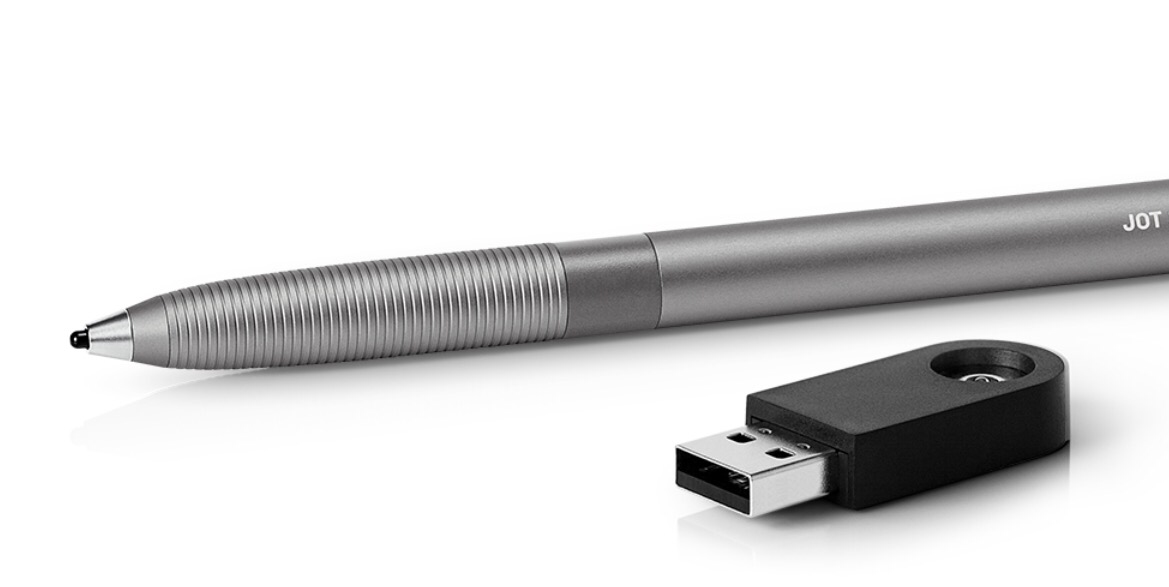 Evernote introduces the pen noting that,

For centuries, in one form or another, the pen has been close at hand to document our thoughts and ideas. From quills to fountain pens, felt tips to roller balls, it’s signed bills with a flourish, jotted cursory notes, and paused with us as we’ve considered just the right word.

They go on to observe that, “From end to end, the second generation Jot Script is our most advanced digital pen ever.” I agree. The new Jot Script 2 is thinner and lighter than before. It has an easily rechargeable battery and, most importantly, it works better than any iPad stylus I have tried. This is thanks to the fact that the pen’s Pixelpoint technology has “been refined to offer faster stroke tracking, smoother line rendering, and tip-to-line accuracy on-screen.” You can write quickly and know the pen will keep pace. Slow and inconsistent “inking” have always been one of my main issues with iPad stylii so I’m looking forward to checking this out. 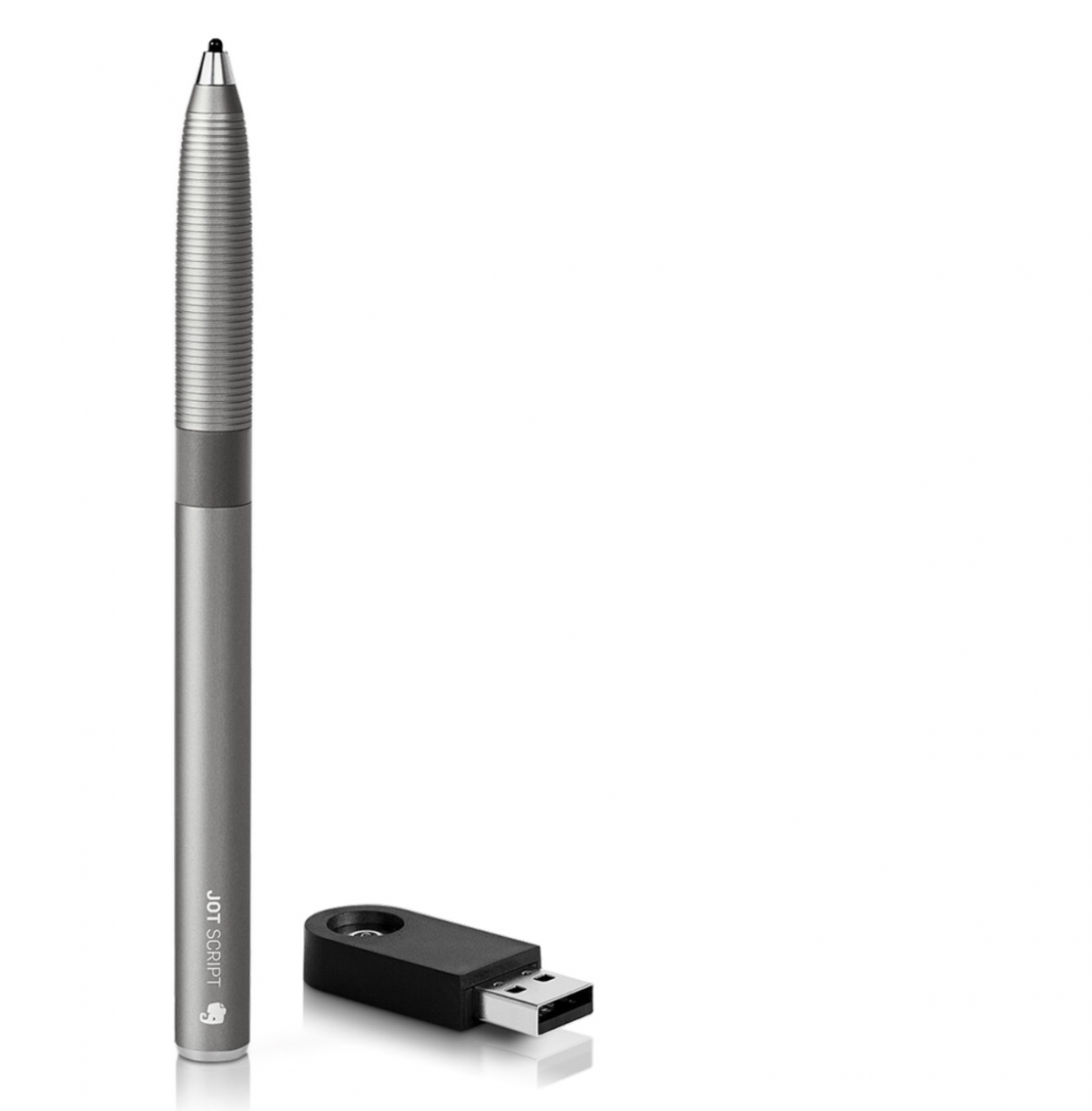 The pen has other important features. The include the fact that:

It is rechargeable: We added a built-in USB rechargeable lithium-ion battery that can fully charge the Jot Script 2 in as fast as 45 minutes, meaning it’s ready when you are for up to 20 hours of pen-down writing time.

It is a more ergonomic fit: Adding a built-in lithium-ion battery allowed us to trim the Jot Script’s barrel, making for a thinner stylus that rests more comfortably in your grip.

It is easier to pair with apps: Adonit updated the software powering the Jot Script to allow easier and more reliable onscreen pairing from within the popular Evernote Penultimate app and other compatible apps.

It is, in fact, specifically optimized to work better than ever with Penultimate. 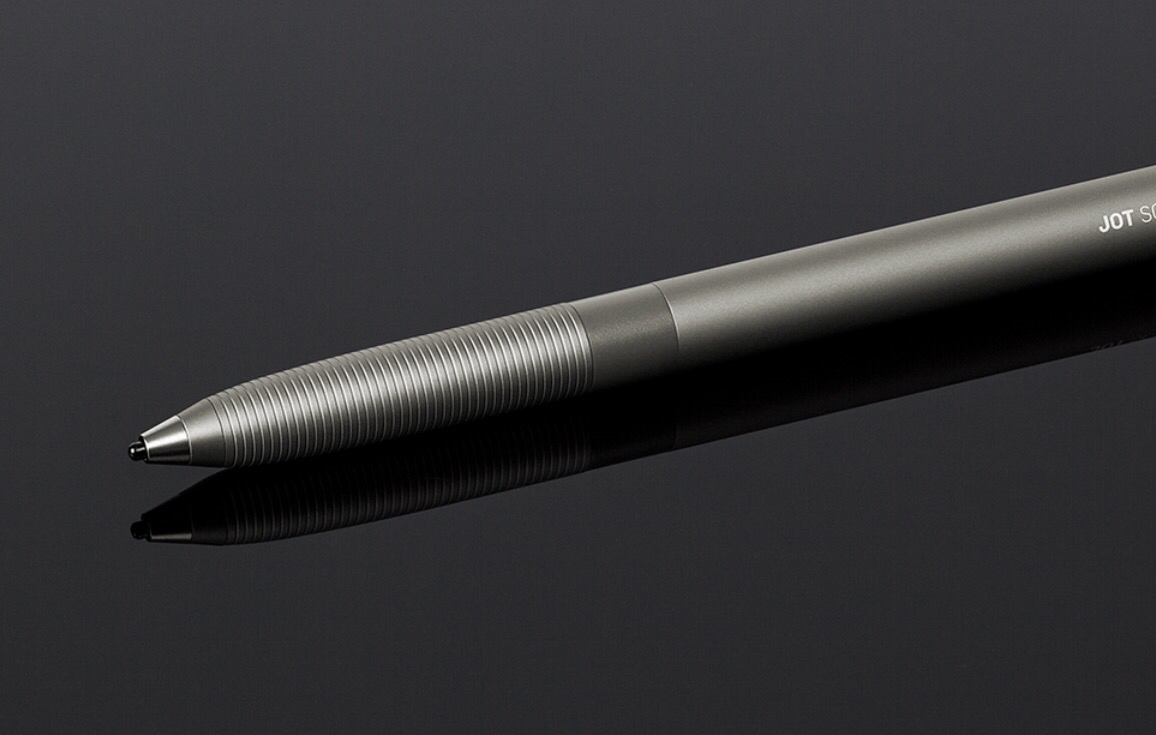 The Jot Script 2 Evernote Edition is just $74.95 here in the Evernote Market. The latest version of Penultimate is available from the iTunes App Store. I have always been disappointed by stylii designed for use with the iPad. I’m hoping this new offering from Evernote and Adonit will do the trick.

As previously mentioned, we have on in hand and will have a full review of the Jot Script 2 Evernote Edition shortly.