I’d planned to write about the launch of The Bard’s Tale IV on Kickstarter anyway, but today I’ve learned of an incentive that makes it a ‘must pledge’ recommendation! InXile Entertainment announced that backers in the first 24 hours of the campaign will receive a free copy of Wasteland 2, CD Projekt’s The Witcher, or Witcher 2: Assassins of Kings. 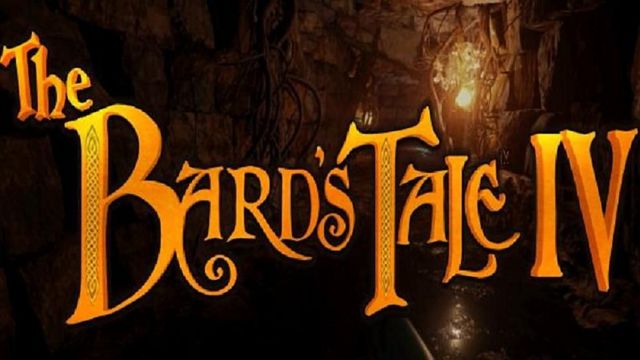 Here is the Bard’s Tale IV info from inXile:

“Back The Bard’s Tale IV in the first 24 Hours Receive a FREE Copy of Wasteland 2, The Witcher or The Witcher 2

Newport Beach, CA–June 1, 2015–With The Bard’s Tale IV Kickstarter launching on June 2nd, inXile Entertainment is proud to announce an unprecedented crowdfunding offer: anyone who backs The Bard’s Tale IV on Kickstarter in the first 24 hours of the campaign will receive a FREE copy of inXile’s Wasteland 2, CD Projekt’s The Witcher, or The Witcher 2: Assassins of Kings.”

“Released to widespread critical acclaim in September 2014, Wasteland 2 is the riveting sequel to 1988’s Wasteland, the classic RPG and grandfather of post-apocalyptic gaming. Set in a devastated and harsh alternate reality, Wasteland 2’s version of Arizona is rife with dangers and threats, and as a Desert Ranger, players will help bring peace to the highly reactive world through force, diplomacy and skill. Wasteland 2 was made possible by the generous contributions of over 70,000 backers. The PC version will receive a free Game of the Year Edition update significantly improving the game in late summer of this year.”

“Based on the acclaimed novels by Andrzej Sapkowski, The Witcher and The Witcher 2: Assassins of Kings were released for PC platforms in 2007 and 2011 to critical and commercial success, with The Witcher 2: Assassins of Kings gathering over 50 rewards ranging from Best Graphics, to Best Story, to Game of the Year. Furthermore, CD Projekt has shown the kind of dedication to fans that fits the crowdfunding model as well, as it has previously released Enhanced Editions of both games as free updates.”

“If you back The Bard’s Tale IV in the first 24 hours at any reward tier from $20 upwards, you will receive a choice for a copy of Wasteland 2, The Witcher or The Witcher 2: Assassins of Kings once your pledge is collected at the end of the Kickstarter.

The Bard’s Tale IV Kickstarter will launch on June 2nd, 6 AM PST. inXile is looking to raise funds to revive the dungeon crawl, bringing you a single-player, party-based experience, rich with challenging dungeons filled with dynamic phase-based fights as well as devious puzzles and riddles.”

“This is our way to show our gratitude to those who continue to support us,” says Brian Fargo, inXile CEO. “We’re also very happy to be working with our friends at CD Projekt, who have shown they understand the right way to treat your fans!”

This is really an amazing deal! Wasteland 2 is one of the best games of 2014, and The Witcher series are incredibly well-regarded games that are some of the best from the last decade.

Check out the official Bard’s Tale IV site, and head to Kickstarter to check out the project page and get in on the special deal!