Taking group photos are hard, yes, even on an Android. I don’t care what feature Samsung places in their commercials, there’s something pretty cool (albeit corny) about a selfie stick. So when Satechi sent over their Bluetooth Smart Selfie Extension Arm monopod, the first thing that came to mind is “I finally get to try one!!”

Now,  although selfie sticks are frequently getting banned from concerts and there are a few celebrities who actually hate the fact fans bring them to autograph sessions, they do serve one purpose that a lot of people fail to get. It’s so much easier to fit everyone into the frame. Satechi got this memo and I appreciate them for it.

Satechi’s Bluetooth Smart Selfie ($39.99) stick offers up support for iOS as well as Android through Bluetooth. The pairing process is self-explanatory. You go to the settings in your device, and click Bluetooth on. After you’ve done this, then you press the supplied Bluetooth button and it literally shows up a second later. Satechi’s stick has four buttons that are all labeled for their function, from powering on, Bluetooth connectivity, pairing on either apple or Android, and obviously a capture button. Simple right? 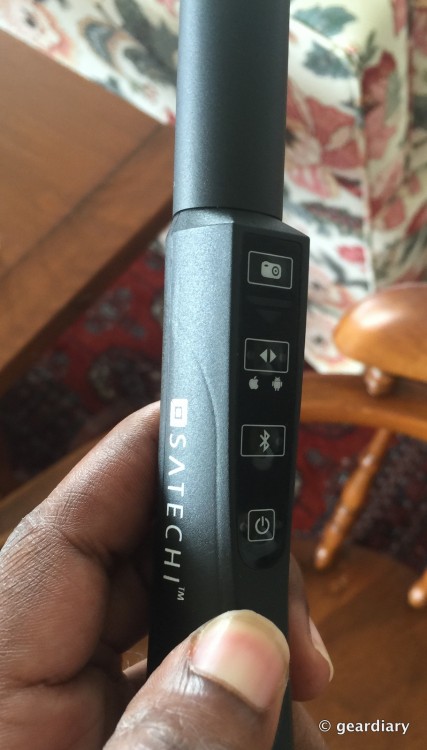 The stick itself though does not have its own remote button to extend its length which is what I was hoping for but unfortunately it doesn’t have this option so you’re pretty much left to your own devices attempting to extend the arm itself. It does manage to extend to three feet in length, in intervals of extending so you can extend to your liking which is pretty nice, but I would’ve preferred a designated button that allowed you to extend the monopod without having to physically pull it out, which was one of the issues I did have with it. 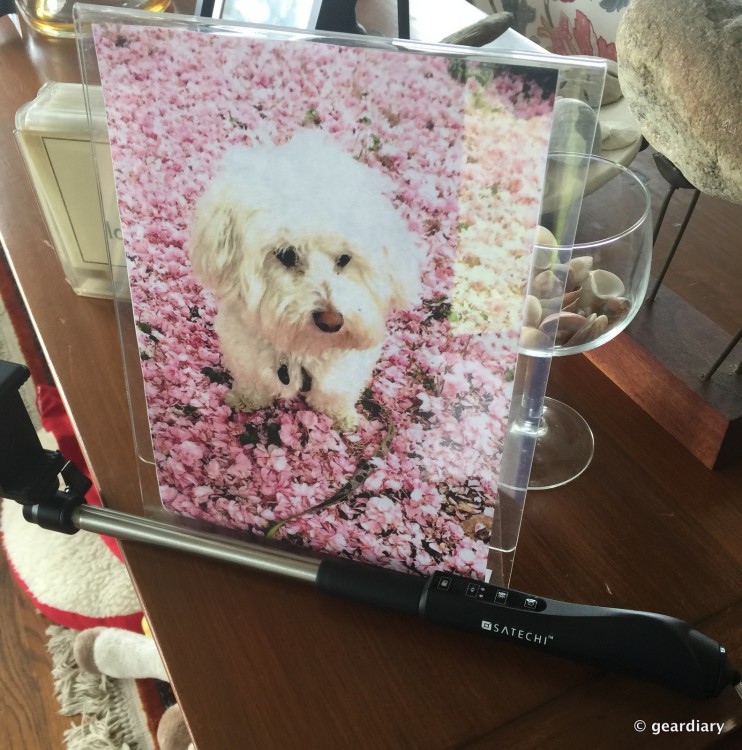 You are able to charge the Smart Selfie monopod by unscrewing the bottom of the selfie stick which also houses an extension for tripods if you want to have a secure setting for your photos. Another added bonus is that the Satechi stick isn’t only curable, but fully compatible with all of the GoPros on the market, so for those of you who are big on your action sports, you’ll be stoked to find out that it will work without falling off. I trust Satechi’s track record for sturdy products way more than I would a cheap selfie stick from a $5 bin. The rubberized grip makes it easy on the hands and does not look like they will lose strength over time which is nice. It fit my iPhone 6 Plus snuggly, which to me matters because I wouldn’t trust it any other way. I have an Incipio Case on my iPhone 6 Plus now and it works pretty well. It works with any Bluetooth device that I’ve tried including a Galaxy S4, and an iPhone 4S. 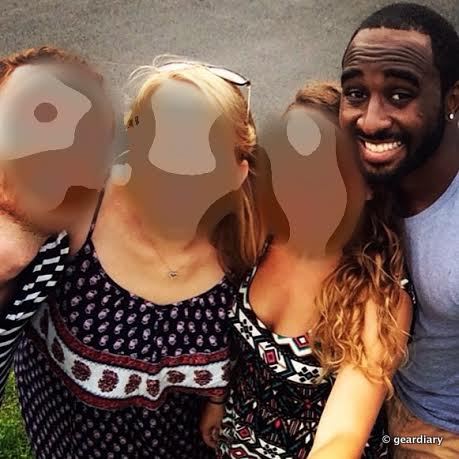 Satechi’s done themselves well with the Smart Selfie Extension Arm Monopod, so much so it’s easy to assemble, and although at $39.99 it’s not the cheapest on the market, but it gets things done, and gets everyone in the frame. What more can you ask for?

What I Like: I enjoy the rubberized grip and the easy syncing for devices

What Needs Improvement: The next model HAS to incorporate a button to extend the arm itself. Also, the actual capture button should sit flush with your finger, without having to raise it up over three more buttons