Have you heard of the Stonewall Riots? Here’s a quick refresher: on June 28th, 1969, the police raided a gay bar called the Stonewall Inn in New York City. The patrons fought back, and this sparked the modern gay rights movement. Now there’s a movie coming, but along with the trailer came a well-justified backlash from within the LGBT community. 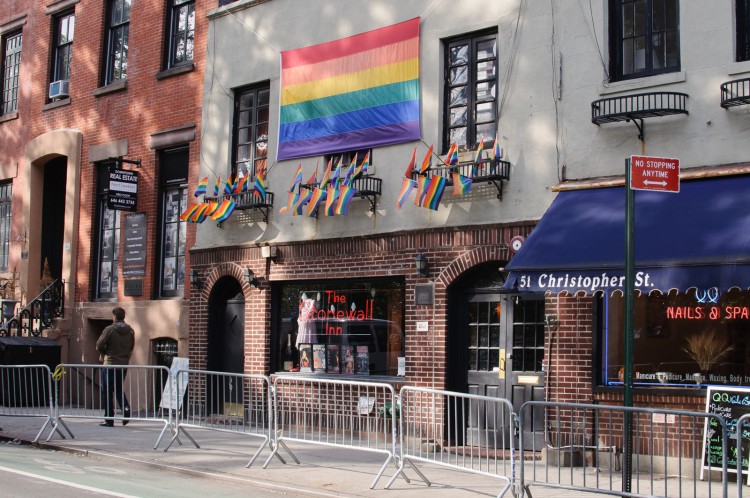 In order to understand the anger about the trailer, you need to know a bit more about the demographics of the rioters and what life was like for gay, lesbian, and transgender people in the 1960s. Gay bars were illegal, sodomy laws were on the books, and it was even illegal to wear clothing of the opposite gender. So when police raided gay bars, the patrons who were harassed and threatened were often the ones who were dressed outside traditional gender norms. If you were a woman in a suit or a man in a dress, you were probably subject to a humiliating strip search to “determine your true gender” before they arrested you. And when the police raided the Stonewall Inn that night, it’s pretty well established that transgender women/drag queens, mainly women/men of color, were among those at the front lines. I have a vivid memory of hearing activist Leslie Feinberg speak when I was in college, and he specifically mentioned how drag queens were fighting the police with what they had on hand, and how the police did not expect to be assaulted by stiletto heels. Drag queens/gender nonconformists/however you wish to define it today were absolutely the cornerstone of the Stonewall Riots.

Now watch the trailer for Stonewall:

Notice anything odd there? Like the fact that the protagonist is a white male, even though the history of Stonewall shows the protagonists should have been hispanic, black, and far less gender-conforming? It’s becoming a big controversy around the movie, and the filmmakers are on the defensive, claiming the full movie will show more diversity. But the remaining survivors of that era are unimpressed, and are touting alternate projects that more accurately reflect history.

What I find interesting, and a little sad, is that when I’ve mentioned this debate to people I know, people who believe strongly in gay, lesbian, bisexual and transgender rights, I’ve gotten a surprising response: That the filmmakers must have known the movie would be more widely accepted with a white, handsome man as the lead, and isn’t it great that the story is being told at all? It’s easy to fall into that trap, but think about it like this-if someone made a movie about Rosa Parks, but made Rosa Parks a blond, blue eyed lady instead because “that would be more widely accepted”, would that be ok? History is what it is, not what we wish it could be, and if we erase the men and women who stood up for themselves, then we’re erasing not only their legacy, but the freedoms they were fighting for as well.