If you are a Game of Thrones fan (as I am), then you might want to take a look at CustomUSB’s flash drives. They also have drives that may appeal to fans of True Blood and Firefly. CustomUSB sent me an assortment, so let’s take a look!

Packaging for each flash drive is nicely done; these wouldn’t look out of place as stocking stuffers or graduation gifts. 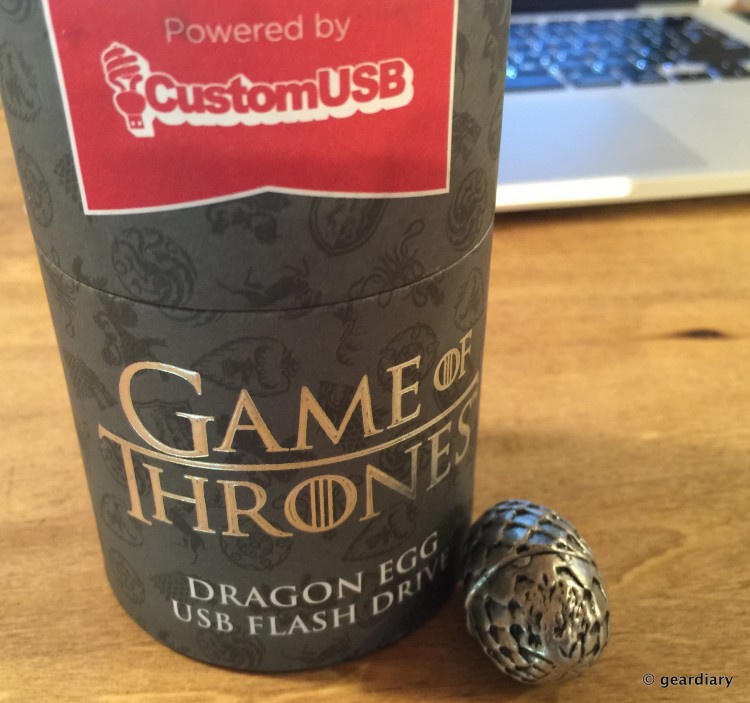 Each of the Game of Thrones flash drives is composed of metal, and they look pretty good! The dragon egg flash drive is composed of zinc alloy with a loop at the top so that you can attach it to a lanyard or keychain. The egg twists to open, and it’s a fun homage to Daenerys Targaryen, the mother of dragons. It’s available in 8GB, 16GB, or 32GB, starting at $29.95. 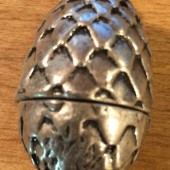 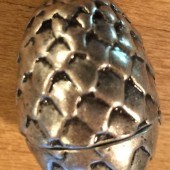 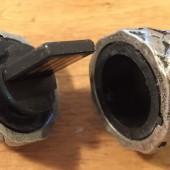 How would you like to have one of the worst jobs in King’s Landing? The Hand of the King flash drive is made of bronzed and oxidized zinc alloy, and it can be worn as a pin. It’s available in 8GB, 16GB, 32GB, and 64GB, with prices starting at $29.95. Hopefully if you wear this one, you’ll have better luck at work (or school) than Jon Arryn, Eddard Stark, or yes — Tywin Lannister.  I’m not including Tyrion Lannister in the list of Hands who had bad luck, because at least he’s still alive. 😉 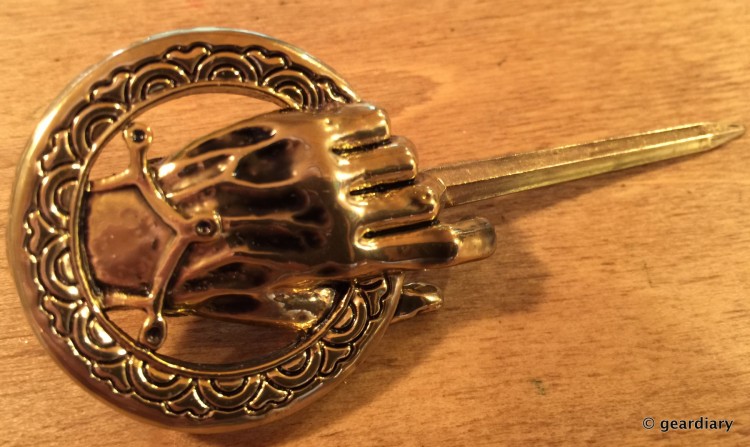 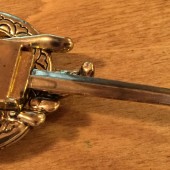 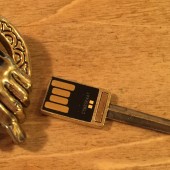 There’s also a Direwolf, the Sigil for the House of Stark. It is composed of zinc alloy with a chrome finish, and it is available in 8GB, 16GB, 32GB, and 64GB, with prices starting at $29.95. You’ll note that it also has a loop at the top, so you can wear it on a lanyard or keychain. 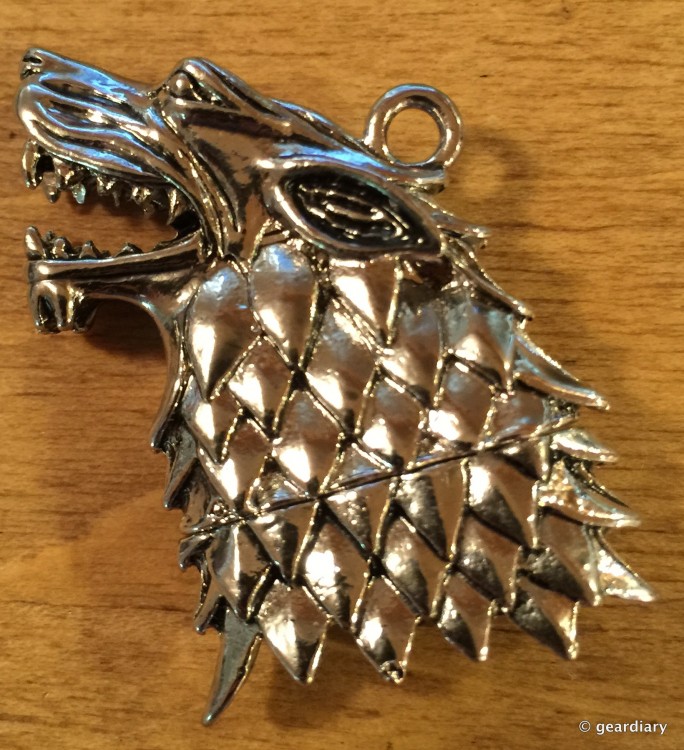 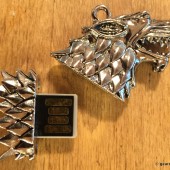 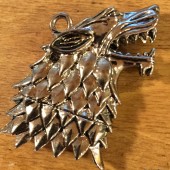 Are you a fan of Firefly? I’ve never watched the show, but I am a Joss Whedon fan, so I should probably check it out. This detailed die-cast model of the Serenity spaceship has an ejection button that when pushed exposes the USB drive. The lights on the ship will glow when the drive is plugged in. This weighty USB drive is only available in 8GB for $39.95. 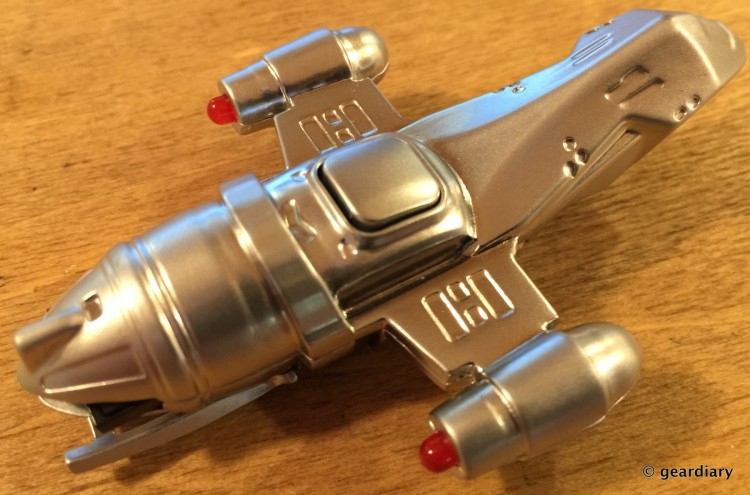 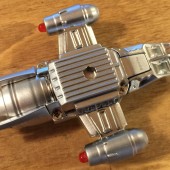 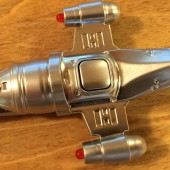 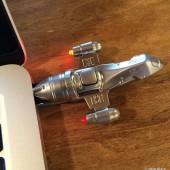 Yes, I’ll admit that I watched every episode of True Blood! My daughter asked me to read the books and watch it with her, and I liked it … don’t judge! If you’re a fan of the show, then you’ll likely enjoy toting a little plastic replica bottle of Tru Blood, the synthetic blood drink engineered by the Japanese which allowed the Vampires to go mainstream. It is available in 16GB for $29.95. 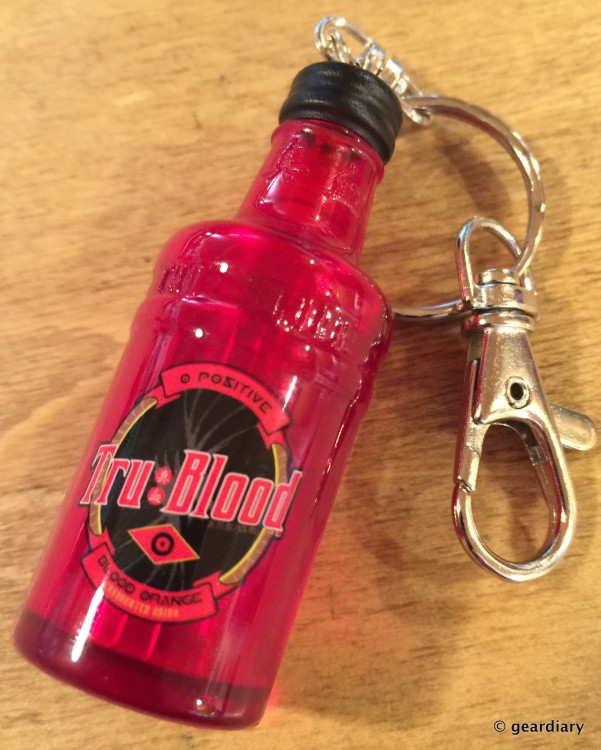 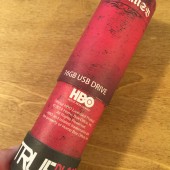 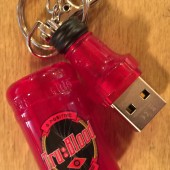 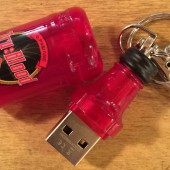 Yeah, yeah, I know that the prices are a little bit higher than one would pay for a simple flash drive, but they are all officially licensed items; if you want something fun and different, these drives have personality. You can check out all of the USB drives at CustomUSB.

What I Like: Cute and functional USB drives from some of your favorite shows

What Needs Improvement: They aren’t cheap, but you are paying for the design and licensing