If I’m not careful, the number of cables and chargers by my bedside table can quickly spin out of control. My power strip gets overstuffed, and the various charging cables start to twine together like some kind of electronic rat king. I’ve been working hard to keep things streamlined, and the aLLreLi Dual USB charger is a huge help! 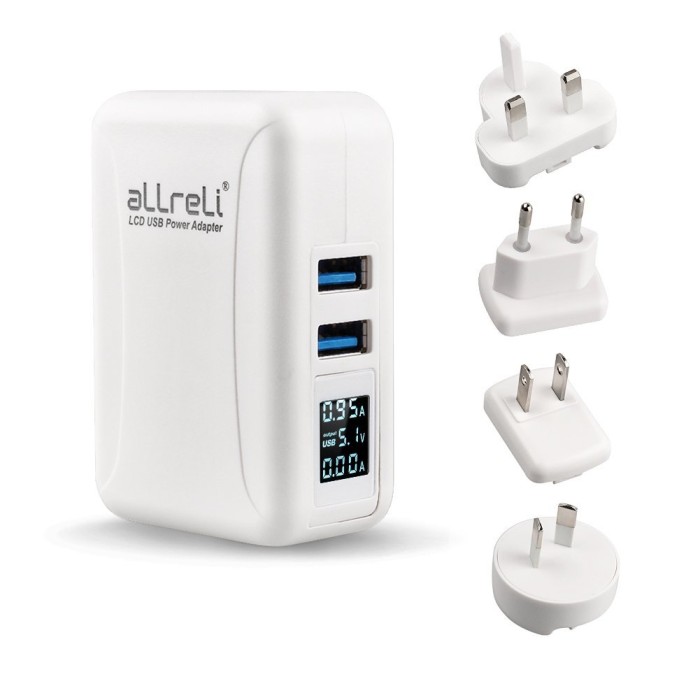 The aLLreLi is quite handy for a few reasons. One, because it combines two USB ports into one charger, it tames a few cables and creates a smaller footprint than two big plugs did in my power strip. Second, it ships with just about every adapter used around the world, so you can take this charger with you from the USA to Europe to Asia and have the right plug handy with a simple swap. Finally, it has enough power to charge an iPad and my smartphone at the same time, and uses an LCD screen to show exactly how much power is being used and when the devices are fully charged. 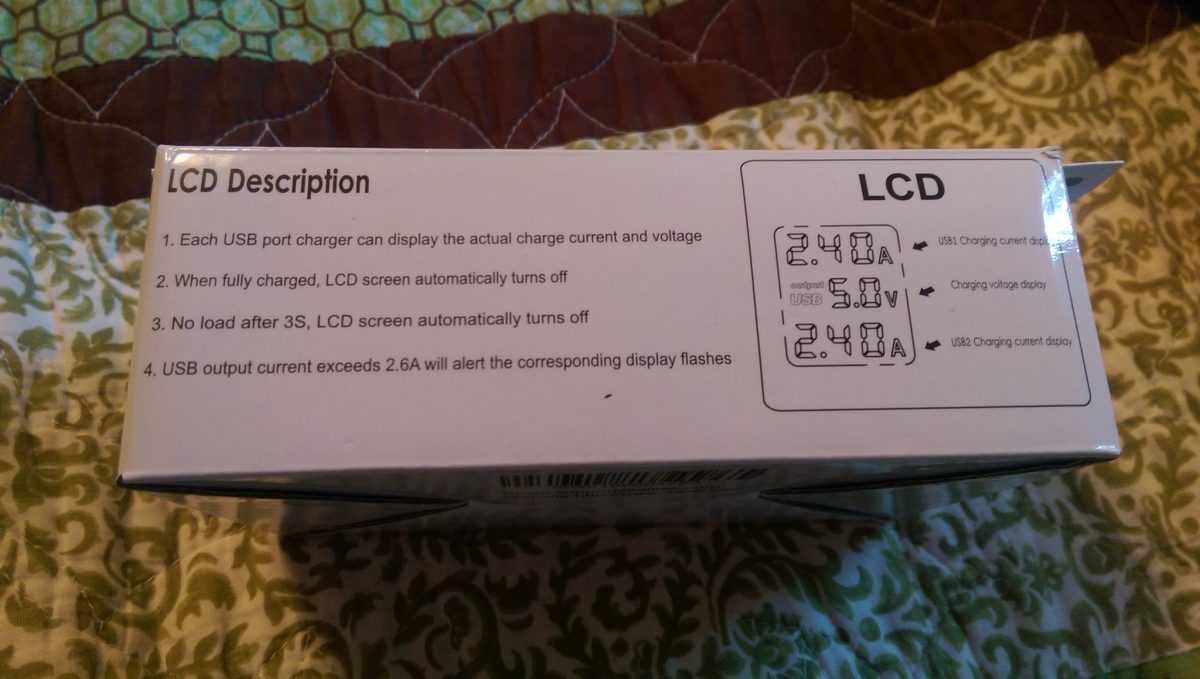 I’ve been using it for a few weeks, and I’ve been very impressed with everything about it. It’s hard to get excited about a USB hub, but this one does everything it needs to do and it does them well. Generally I keep one microUSB cord and an Apple Lightning cable in the two slots, as that covers 90% of what I need to charge regularly (phone, iPad, Kindle). It does leave my Pebble charger as the odd man out, but since the Pebble needs to be charged infrequently (and with the aLLreLi in particular it charges quite rapidly), the occasional swap isn’t a problem.

While the plugs don’t fold in for travel, you can pop off the plug adapter to make it fit a little better in a small compartment. We were away last weekend, and having the aLLreLi made packing and travel just a little bit smoother. I only had one plug to keep track of while packing, and I only needed one free outlet while we were away. It’s the little things that make tech life that much easier, and the aLLreLi Dual USB Charger is exactly that type of accessory; it’s cheap, at $18.99, and it connects to almost all electrical outlets. You don’t drool over one in the store, but when you have it and makes maintaining your gadgets that much better, it’s worth the investment!

What I Liked: Charges multiple gadgets at once; has enough power to charge an iPad; LCD lets you see power draw easily; comes with multiple travel plugs.

What Needs Improvement: Nothing,