There’s a slew of awesome science fiction movies coming out this fall, but “The Martian” looks to be one of the most interesting. The basic premise is that we send a mission to Mars, and in the course of an emergency one of the astronauts is left stranded on the surface, scrounging to survive while awaiting rescue in 4 years. 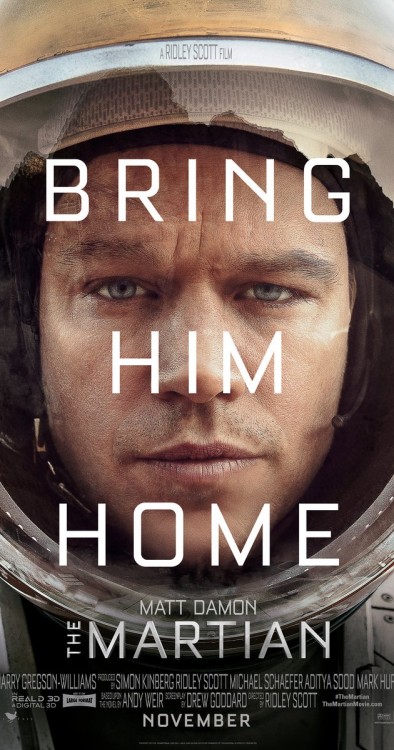 It sounds like it could be slow, or (as one of my coworkers called it) “Castaway in Space”. But it’s based on a very well-received book that apparently takes the science part of science fiction very seriously, so it has some serious nerd credentials. It also has some major star power, with Jessica Chastain, Matt Damon, Jeff Daniels, and even Kristin Wiig in a serious role. What really has me excited, though, are the trailers…they do an amazing job of showcasing the cast, the characters, and yes, the stakes of being stranded on Mars. Also, they recruited Neil deGrasse Tyson for one of them! Check them all out below, and then we can discuss Mark Watney/Matt Damon’s existential crisis: How DOES Aquaman control whales?