Kev and I recently adopted Hephaestus, a similarly colored cat to my darling departed Avah. Heph was about six-months-old when we moved in with us, so one of the first things we did was get him fixed, and then we introduced him to the LitterRobot, which he took to like a champ. (Formerly) male cats are awesome, but the smell! 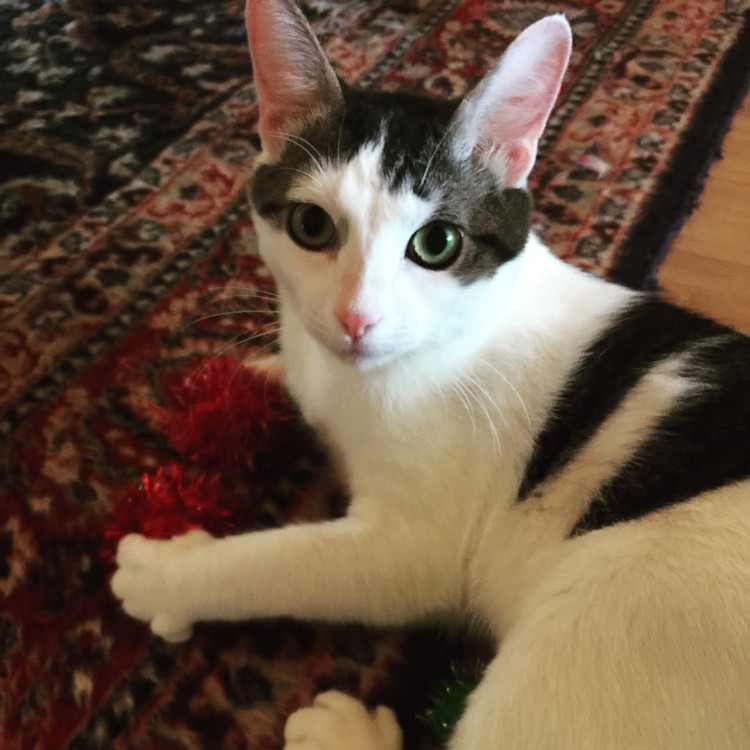 This is one of those times when I wish that it was possible to scratch and sniff a computer screen. For your sake, be glad it’s not.

Thankfully, Heph has never had any of those male cat issues that you hear about — he’s never peed in odd places, he doesn’t mark his territory, and he gets along famously with our Corgi, Otis. But when Heph uses his litter box, the whole house knows it.

We tried changing his diet; we fed Heph soft food, soft food mixed with quality solid food, and then we gave him quality solid food only; we finally came to the conclusion that his stinky bathroom area was going to just be stinky.

But we didn’t like it, and we didn’t have to accept it.

When visiting my friend Helena a few weeks ago, I mentioned Heph’s “smelly cat” issue, so she told me about a product that had done wonders with odors coming from her pet rabbit, Beau. She highly recommended the HoMedics AirMaster, an air purifier made specifically for people with pets.

The AirMaster is billed as a “99.97% True HEPA air purifier with PetPlus™ Technology [that] is specially designed for households with pets.” Inside the box is an approximately 27.5″ tall by 7.25″ wide by 10.5″ deep oscillating unit. It is composed of white plastic with a matte gold plastic ring just under the top section. It’s not the most beautiful appliance you’ll have in your house, but it’s not ugly enough to be distracting, either. 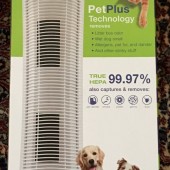 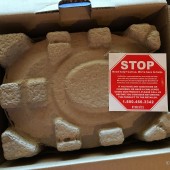 Of course, it’s what’s the device does that matters. The AirMaster has a triple-stage filtration system that “utilizes a pre-filter that captures hair, fur, and larger fibers.” The  PetPlus filter removes “common pet odors, and is followed by the True HEPA filter, which captures and removes up to 99.97% of airborne allergens, pet dander, pollen, dust, smoke, and germs.”

Setup is as easy as pulling the air purifier out of the box and standing it in the room you need it to begin working. 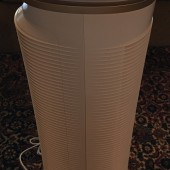 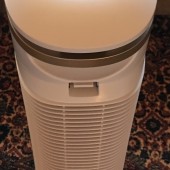 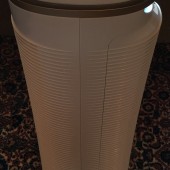 All of the controls are on the top; there are indicators for whether the filter needs to be cleaned or replaced, a fan speed button, a sleep timer, the power button, and the fan oscillation button. It’s all very straightforward. 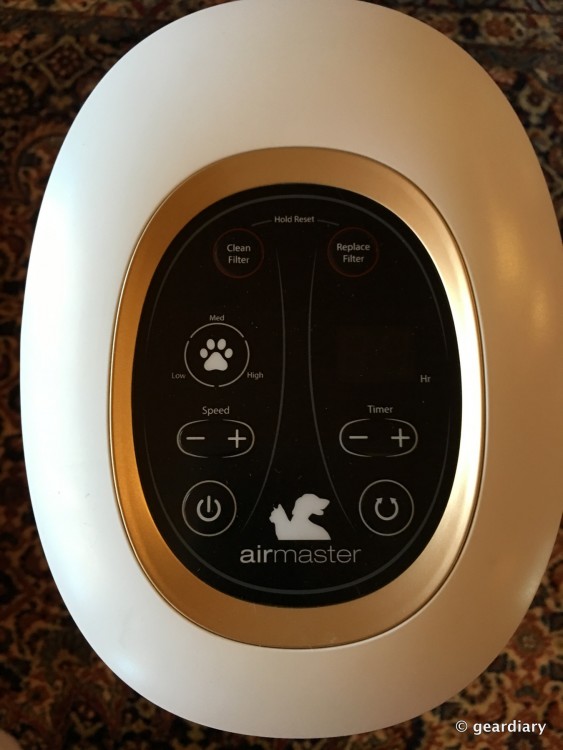 We set the HoMedics AirMaster in our 15′ x 6′ laundry room, which opens directly to our kitchen and has our pantry on its end. For this picture I have the air purifier facing out of the corner where we keep it (because it looks better), but when it’s running (which is pretty much 24/7 anymore), I actually have the AirMaster turned around so that its back is facing the direction of the litter box. 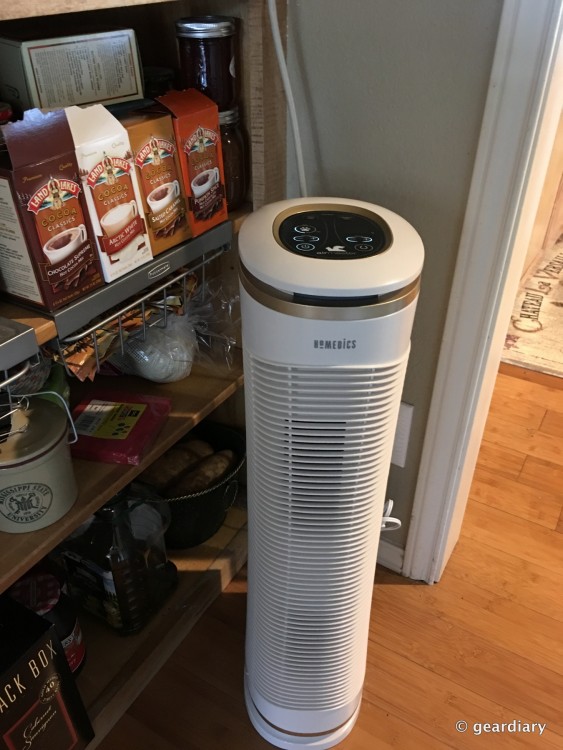 So does it work? Oh my goodness, yes! While it is still possible to tell that Heph has done his business if you are in the vicinity right after he’s had a very important business meeting, the smell is handled so quickly by the HoMedics AirMaster air purifier that it never reaches the kitchen or anywhere else. That, my friends, is a solution that I can live with.

The HoMedics AirMaster Air Purifier retails for $179.99, and it is available directly from the manufacturer and Bed Bath & Beyond. HoMedics also sells replacement filters for when the included ones are past their prime.

What I Like: Quick and easy setup right out of the box; immediately begins working on pet odors, allergens, dust, and other airborne detritus; it works!