I had the opportunity to review Cheero’s Power Plus 3 backup battery pack. The 13400mAh battery is small and round and although it has the same qualities as the Ingress I reviewed a few months ago, it packs a bit more in its frame, because it’s not the size of the boat… 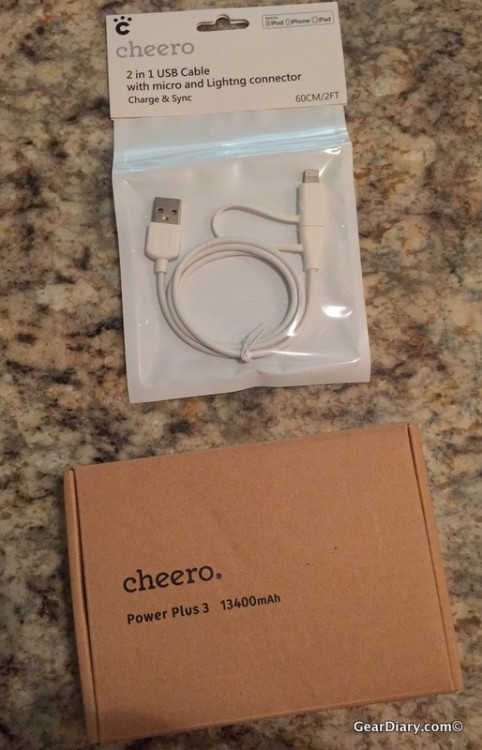 The white battery pack sports grey sides and comes with its own personal 2-in-1 USB/Lightning cable so you can charge either Android or iPhone, which I think is neat. Cheero at the time has an offer where if you are one of the first couple thousand people to purchase the Power Plus 3, you will also receive the cable. It’s not available to buy separately so it’s all or nothing. 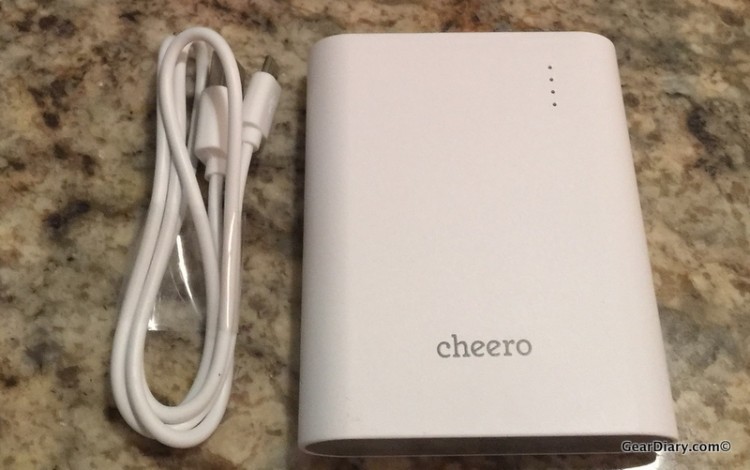 Above the “Cheero” branding near the end is where all of the magic happens. The Cheero sports the same two USB ports (1a & 2.4a), separated with the USB plug for charging the device itself in the center. On the far left is the power button which is easily recognizable, and easy to toggle on. 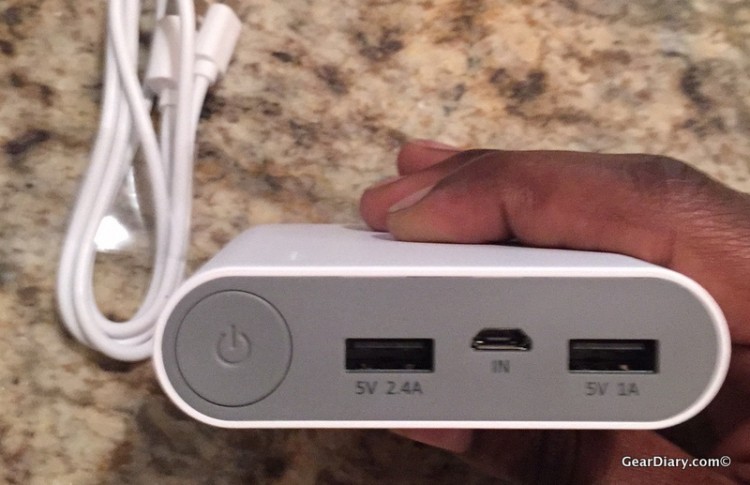 Instead of having the glowing lights and all of the spunk of the Ingress, the Power Plus 3 has four on board dots that you’d probably see on more standard battery packs that glow when charging and checking the battery life. When I plugged my phone into the Power Plus 3, it was already fully charged which was great because nothing like a new device and having to charge it up (why don’t more companies think of this?!!). I won’t fault Cheero for not completely charging the Ingress because it’s so great to look at.

The extra 1,400mAh that you get in the Power Plus 3 from the Ingress matters as well. I did something a bit different with the Power Plus 3 versus the Ingress. I decided to charge two smartphones (my iPhone 6+ and my Nokia Lumia 1520) on the Cheero Power Plus 3 since they are two huge smartphone screens once they got down to thirty percent, and although I plugged the Nokia into the 2.4mAh slot, the iPhone 6+ was the first to charge up completely. The Lumia took an additional 15-17 minutes to charge up and after I charged them both I ended up with two dots of battery life, respectfully. Which meant that the Cheero charged not one, but two smartphones, and still had enough juice to possibly get me an extra 15-20% on my iPad Mini Retina if I decided I needed it. 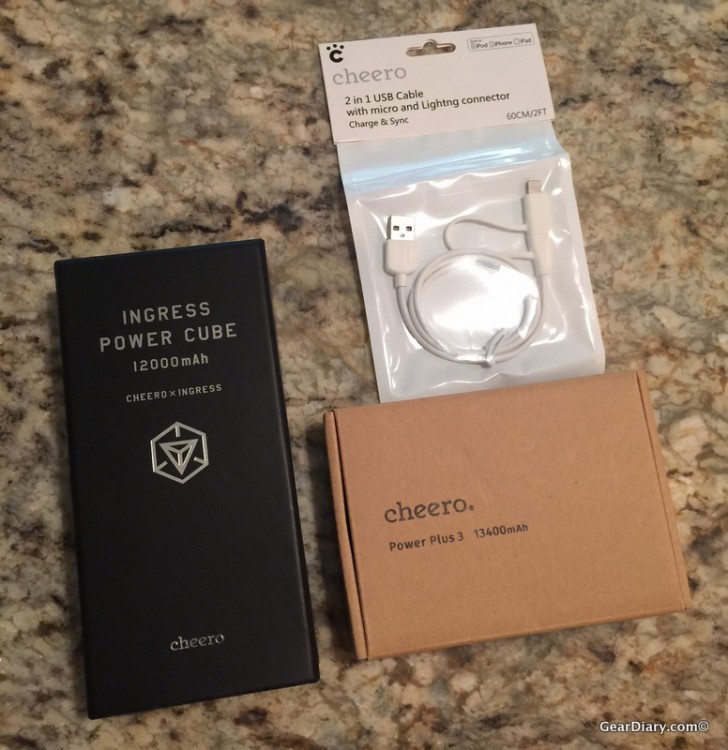 With CES coming around the corner, a lot of us writers who will be attending are out looking for a battery pack that will last us all day, and I can honestly say this charger will do that, and MORE. You can have one of your own, all you have to do is click here to get more information.