A problem I see with surveillance systems is that they look like surveillance systems. They stand out and for many that is what they want; for the criminal element to immediately see this property is being monitored somehow. For those wishing there was a more stylish substitute, Invent plus has the answer with the Spy Lantern Surveillance Camera. 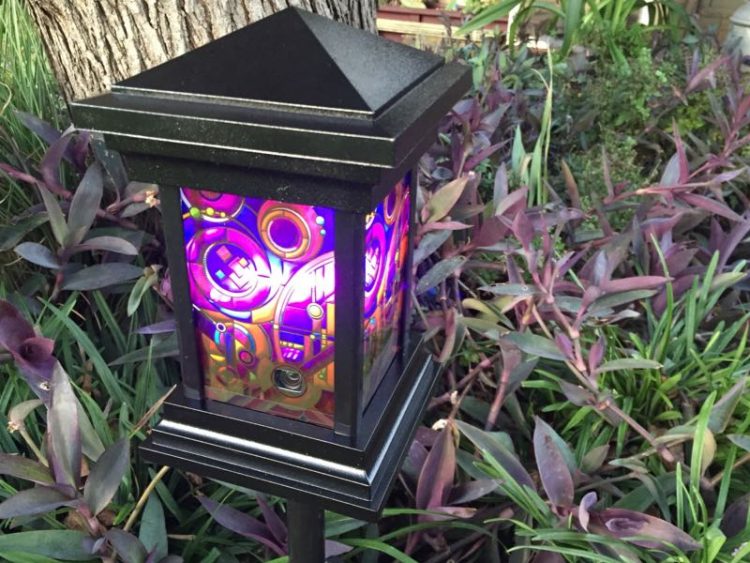 The Spy Lantern Camera works like a game camera in that it is motion-activated and does not feature a live feed. It does offer video and still image recording with user-selectable options for camera operation. Inside the stylish weatherproof lantern is the heart of a Canon Elph 115 Powershot camera that shoots images at 16 megapixels and offers a zoomable 5-12mm focal length lens. The unit itself operates on 110V power with and included 12V adapter.

Right out of the box the unit is attractive and is not flimsy. The structure is solid and tight and the panes are plexiglass for durability and are colorfully tinted on the inside surface. Near the bottom of one pane is the opening for the camera lens. The lantern can be flat mounted on a surface or stand perched on the spiked pole that is included. The power adapter is not weatherproof so outdoor use commands enclosing it in a separate weatherproof housing or covering of some sort. Plug the device in to a power source and the unit is up and running, all you have to do is figure out where you want to place it. 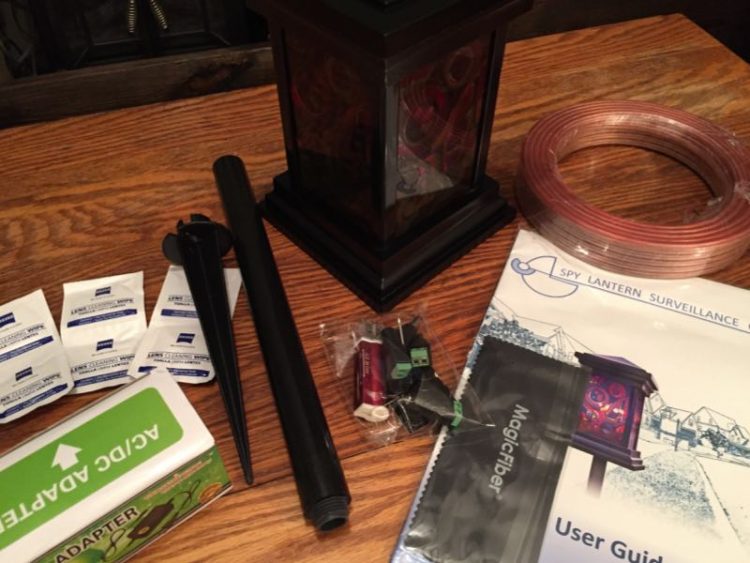 Invent plus includes a 128GB SD memory card with the unit. The card plugs in the bottom side of the lantern next to the power plug and the company also provides a universal USB adaptor for downloading images from the card to your computer. The Spy Lantern can be used inside or out at temps as low as -15 degrees to as high as 104 degrees (Fahrenheit). It features 12 super bright LED lamps inside the housing that are always on when the unit has power attached. For distant operation the manufacturer includes a 100 ft. 18/2 power extension cable. The lantern itself measures 6”x6”x9.5” and is 28 inches tall when mounted on the provided stake and pole.

The Spy Lantern Surveillance Camera is not a sole solution for security monitoring but is an attractive supplement to existing security measures or for remote image and video capture. While it does feature a low light mode it does not have infra-red capabilities and there currently is no way to turn off the lamp during daylight or nighttime hours without unplugging the entire unit, thereby rendering the camera inoperable. 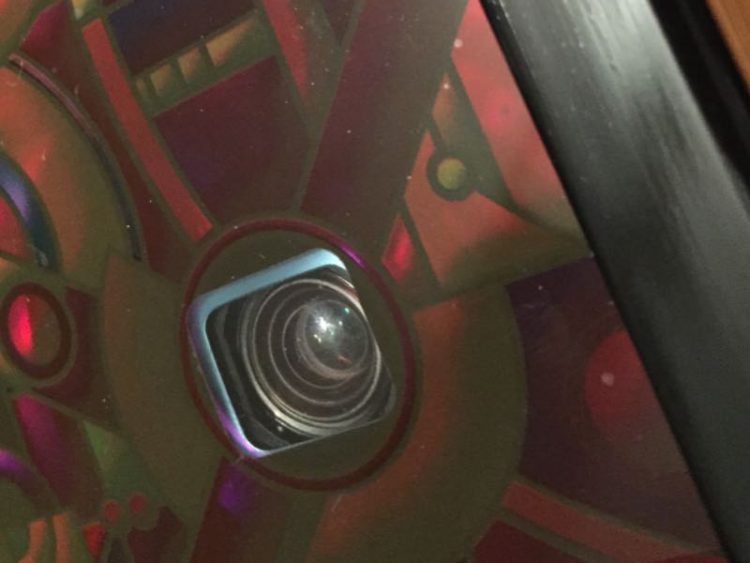 In testing we found the images recorded are large and clear. I allowed the unit to run for about 24 hours in two locations: Overnight in the front flowerbed pointing toward the street and during the next day while at work I sat it on the front porch pointing past the front door toward the driveway. At some point during the morning the camera began recording date and time on the images, all on its own. The camera then began recording four-shot bursts in wide angle and four-shot bursts in zoom mode, as if the camera had gone into an interval mode.

Over the nearly 24-hour period some 4,400 images were recorded onto the memory card. I have a feeling the wind blowing the hanging plants around on the front porch kept activating the motion sensor because the only images recorded overnight was when there was activity on the street in front of our house. Thank goodness for that 128GB memory card, there was still plenty of space left on it. 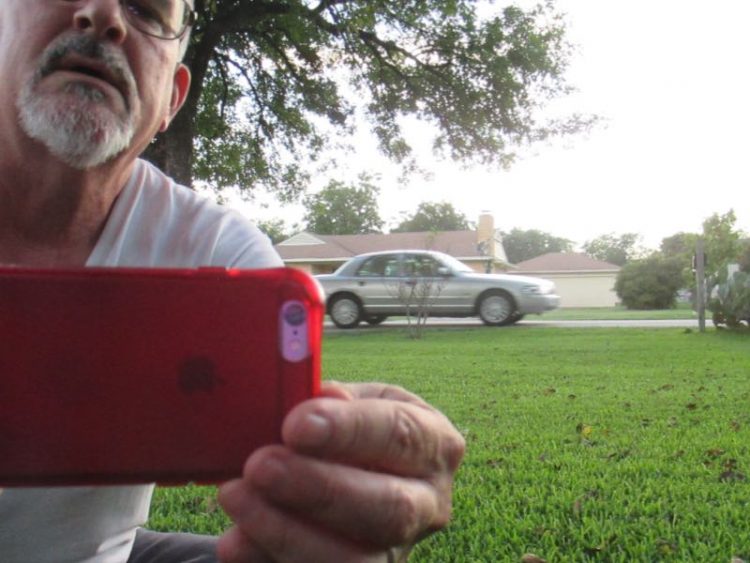 Spy Lantern camera image of me photographing it

The Spy Lantern Surveillance Camera will be available soon on Amazon.com for the introductory price of $159 – not a bad deal considering the memory card itself is a $45 value, not to mention the card reader. 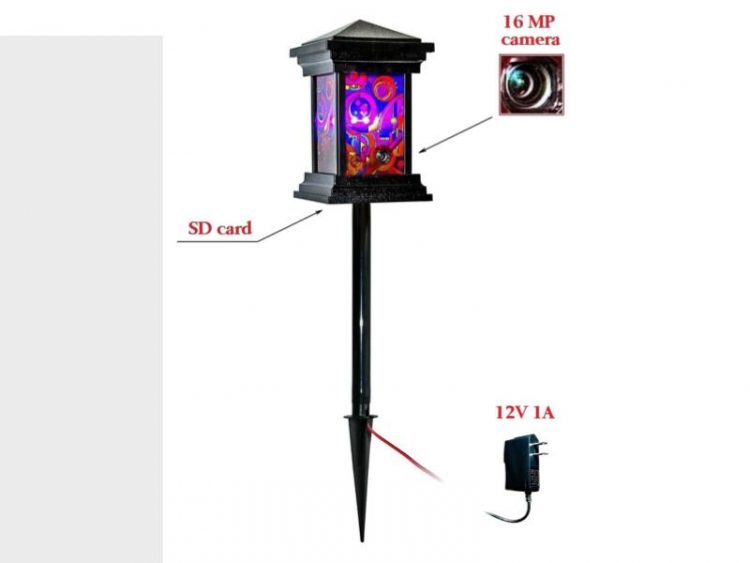 What Can Be Improved: Need to be able to switch light off during daylight (prefer auto function); offer remote battery pack or solar option; offer IR on next model.