If you have an iPhone 7, one thing that you’ve missed the most is the headphone jack. There have been countless times I’ve grabbed a pair of headphones out of my drawer to try to listen to a podcast only to remember that they have a 3.5mm jack at the end, and they now no longer serve any purpose to me.

But what if I told you there were a pair of over-ear headphones that not only work for your iPhone’s lightning port, but they also sound great? 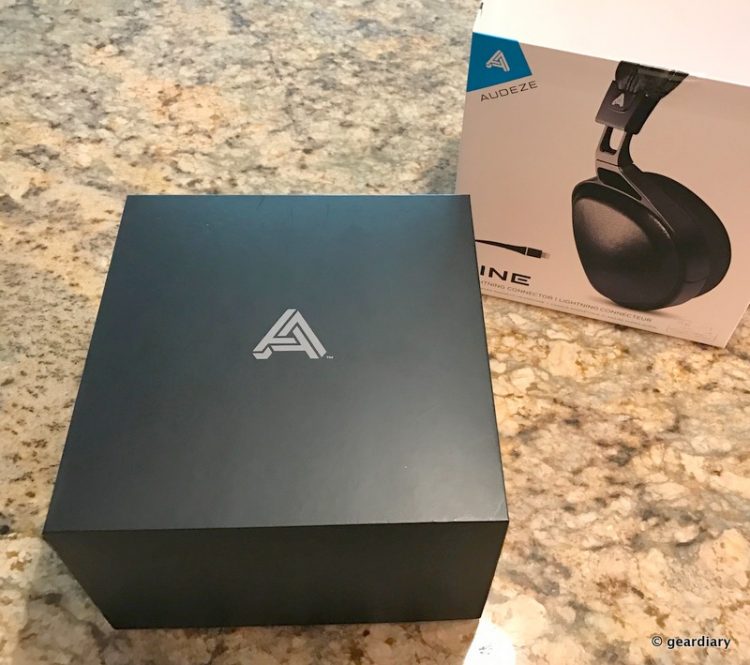 After admiring the Audeeze Sine Planar Magnetic headphones at this year’s CES 2016, I was actually amazed when a pair arrived at my doorstep to check out. Marketed as the world’s first on-ear planar magnetic set of cans, the Sine headphones are a godsend, and quite currently the best over-ear lightning enabled headphones that I’ve seen on the market. 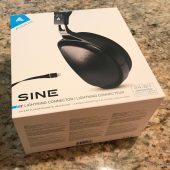 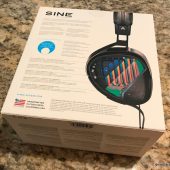 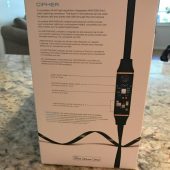 Compared to some of Audeeze’s other products the Sine are certainly the cheapest sitting at $449. Now I know the price tag is a bit shocking, but the Sine are not your typical headphones by far. Compared to the Beats of the world, the Sine are in a class of their own, and I stand by that statement. Unlike most headphones that have your typical dynamic drivers, the Sine use a higher quality driver that not only sound awesome thanks to higher fidelity but manage to stay under $500. 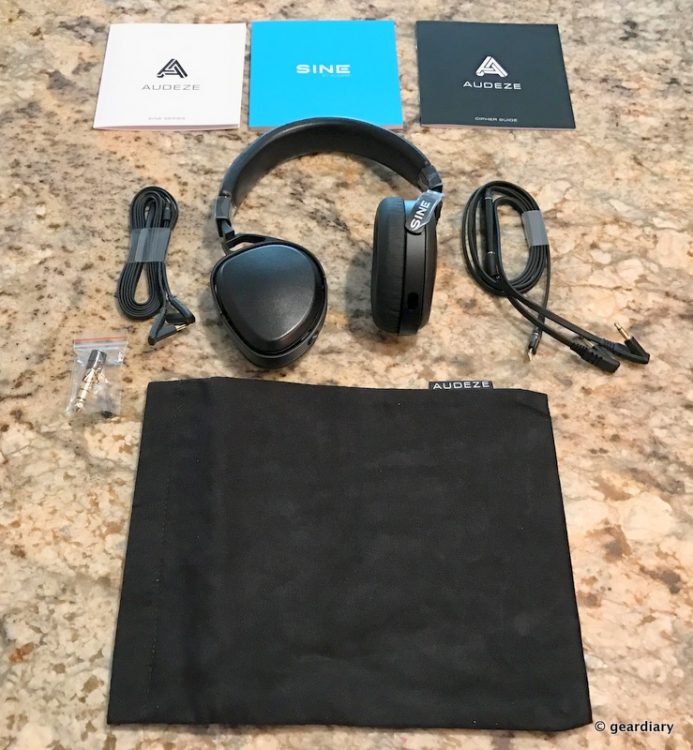 Inside of the box, you get the actual headphones, which look about as traditional as a pair of black headphones can possibly get. That goes without saying the simplicity is something that you’ll enjoy, especially if you’re walking down the street and want to keep a low profile, the Sine won’t set off alarms for burglars. Designed by the BMW group Designworks, the Audeeze Sine look as if they were manufactured at the same time as your Jet Black or matte Black iPhone 7/7 Plus. 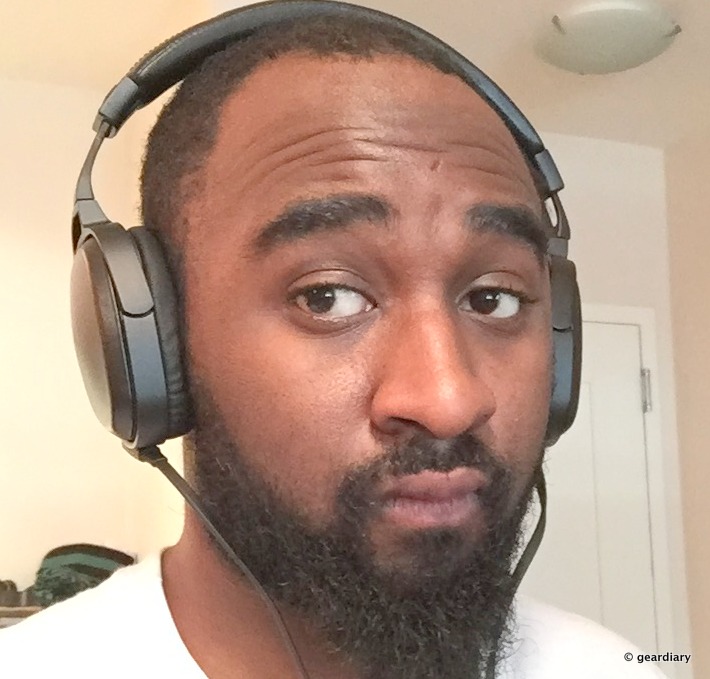 The headphones I received are a black colorway with ear cups and a headband made of a genuine protein leather material. They are very sturdy not just in your hand but on your ears as well due to the limited plastic on the headphones themselves. Again, I wish that Audeeze would’ve actually given us a hard case or something to put the headphones in for when you travel, but I guess I’ll have to deal with being very careful when putting into the front of my backpack. 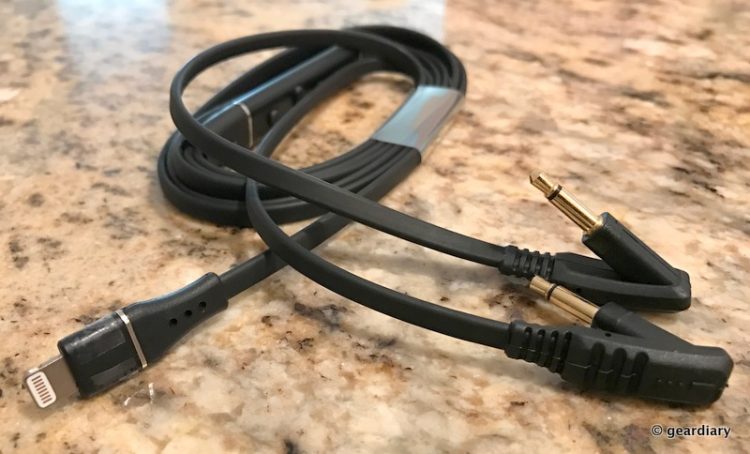 Audeeze also including a detachable Cipher cable which actually can alternate between the lightning connector, or the 3.5mm headphone jack if you are still using models that came before the headphone jack-less 7 series Apple phone. I received the model that comes with the lightning connector attached which will set you back an additional $50 from the original $449 price tag which will come with the standard 3.5mm jack. I’ll admit, I love the fact that the cable is lengthy and flat so it doesn’t tangle, but even more so that the in-line control buttons are not only soft to the touch but do not project from the housing to the point I might accidentally press the wrong button if I’m listening and it accidentally hits against my shirt. Also, there is a chip that’s built into the in-line control which houses the DAC that will help get you better sound regardless of the volume set.

Now, the cipher in order to actually operate properly, it will draw some power from your iPhone. It’s not noticeable if you’re just doing some casual listening, but it’s worth mentioning that if you plan on listening on a 5+ hour flight, you’ll start to see your iPhone’s battery drain a bit, but again that depends on variables such as volume level and the presets you have in the app. 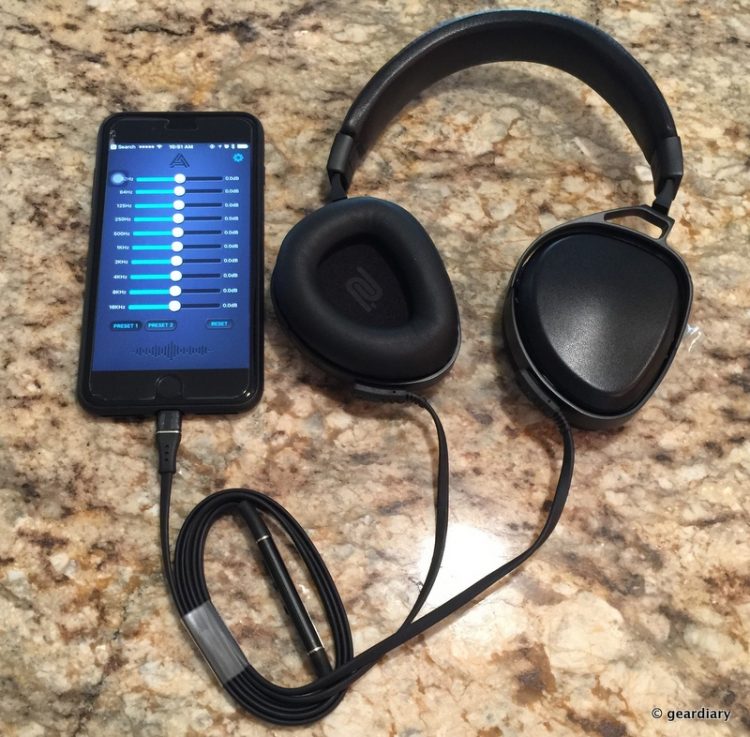 Speaking of the app itself, Audeeze has a special app for their headphones that helps you control EQ settings… but that’s pretty much just it. Compared to other expensive headphones that come with apps that feature “curating artist playlists” and “custom EQs for popular singers and songwriters, Audeeze’s app is honestly a bit boring. That’s not a bad thing if you just want to get in there and adjust things yourself, but if you aren’t too familiar with your levels, it just looks like you’re toggling left and right to get the sound you want. There are two Preset options you can choose from, but I would’ve liked them Audeeze to have done a bit more from the app itself other than just standard EQ’s and firmware updates. 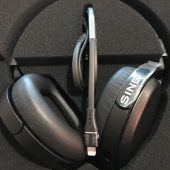 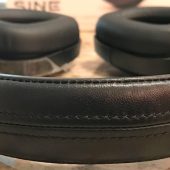 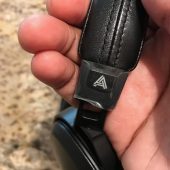 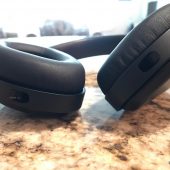 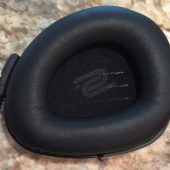 In terms of overall build, the Sine are just great. Although they do not come with a fancy carrying case and all the bells and whistles other companies give you, Audeeze has made some headphones that will simply last you on your day-to-day commute, on a long flight, or even if you sit at your desk for long periods of time. You can tell that Sine built the headphones using quality materials and the details so many companies get wrong Audeeze seemed to cross their T’s with. One major issue I have with most headphones is I hate wearing them after an hour’s time, and with the Sine, I have yet to adjust them on my ear to have them fit more snug or loose, and the cable that sits underneath the ear cup is unobtrusive mainly due to its soft flat material so I don’t find it flopping around while I’m in my office typing away or on the train. At the top of your head, Audeeze made a pretty sturdy padding that will sit at the crown of your head without feeling like it’s too tight as well. 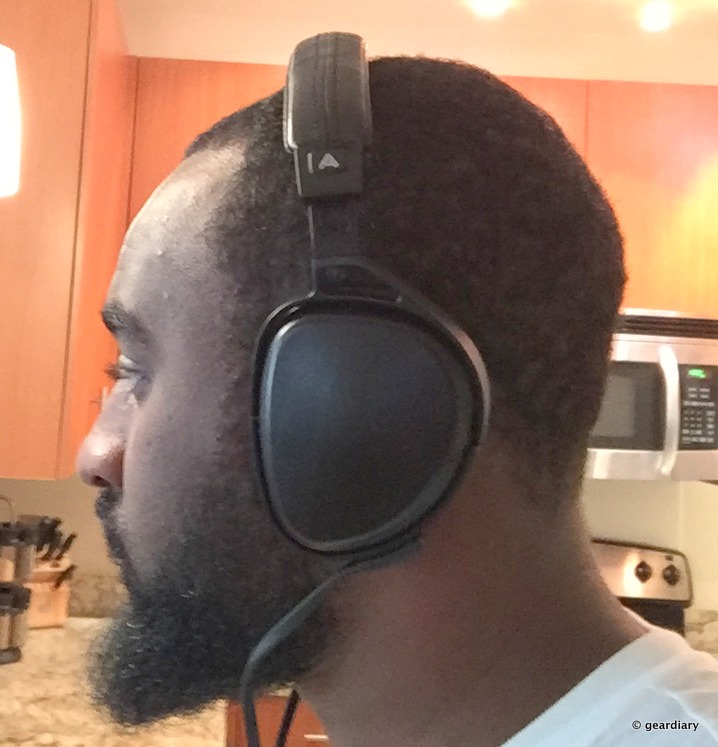 As far as keeping in sound, it does it pretty well, although if someone is sitting close to you, they may here residual bass if you have the volume up too high a decibel. It’s still much better than others on the market due to the fact it’s not an open back headphone where sound seeps straight out; if you have the headphones adjusted correctly since they look to actually resemble an ear will only have minimal noise. When actually listen to audio, the closed-in sound makes for a listening experience far superior to a lot of the headphones I’ve gone and paid $150-$200 for. Listening on public transportation is pretty nice where I can still hear an oncoming train, but I can’t be too disturbed by random chatter surrounding me which is awesome. There’s no fancy noise-cancellation here, so you will get a little bit out outside interference depending on how loud your surrounding is, but it doesn’t hinder your audio experience at all.

While I wasn’t able to test the 3.5mm jack for obvious reasons, I’ve listened to a few lightning headphones previously, and I think it’s safe to say that I enjoy the listening experience, more importantly, the audio quality when my headphones are plugged into a lightning port. There’s a noticeable difference in how things sound being connected this way, and it feels natural sounding as if you’re in the room as the song is being made versus listening to a high-quality mp4 version of it on your iPhone. Movies are a bit the same where I can hear every individual detail from fireworks and screeching tires to passersby in the films I’ve watched. And even after watching a two-hour Bond movie, I still haven’t taken the time to adjust the headphones once.

Saying that to say this, I LOVE my Audeeze Sine, and they are my cabled lightning over-ear headphones of choice. Not only do they have a minimalistic profile, they just sound really great as well. The only thing I wish is that they also had Bluetooth compatibilities, but who’s to say that won’t happen in the future? Let’s hope Audeeze has that coming soon.

For more information about Audeeze’s $449 Sine headphones, you can head over to Audeeze today.

What I Like: Super comfortable, lengthy cord; Audio quality is far superior through lightning port than 3.5mm jack