After months of waiting, theories, and leaks, Nintendo finally announced further details on their new gaming console, the Nintendo Switch, at 11pm EST on Thursday, January 12th, 2017.  As part of a live stream from Tokyo, a whole slew of information was revealed about the Nintendo Switch, including release date, price, upcoming games, accessories, and more. 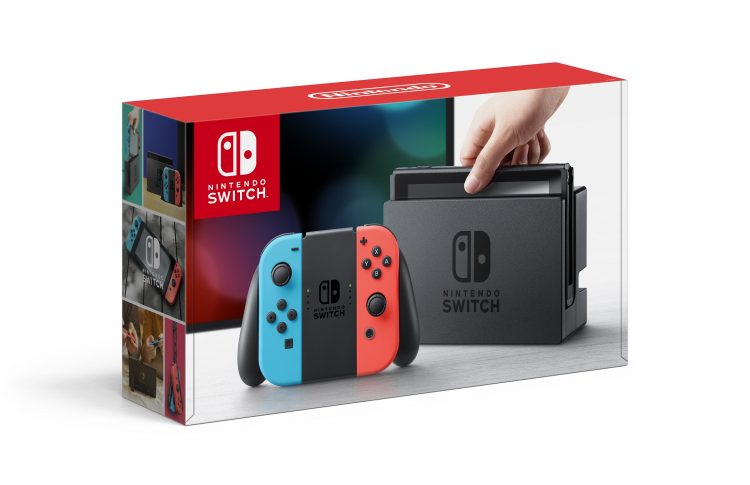 All photos courtesy of Nintendo.

Nintendo’s next generation console will launch worldwide on March 3, 2017 at an MSRP of $299.99 in the United States.  In addition to the console itself, which is a 6.2-inch touchscreen tablet, the system will come equipped with two Joy-Con controllers (left and right), a Joy-Con grip (which connects the two Joy-Con to be used as one controller), a set of Joy-Con wrist straps, a Nintendo Switch dock (which holds and charges the Switch tablet and transfers the audio/video to your TV), an HDMI cable, and an AC adapter.  The Nintendo Switch will be available in two colors: gray Joy-Con controllers and fun neon blue/neon red Joy-Con controllers. 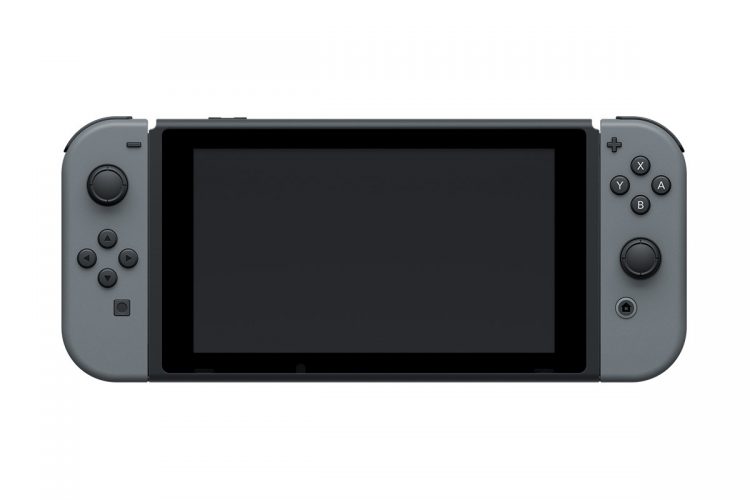 The Switch touchscreen tablet will have built-in speakers and will allow players to have a full gaming console experience while on-the-go.  Mobile gaming is the real breakthrough here.  With the Nintendo Switch, you will be able to take your game console with you on your commute to work, the bus ride to school, or simply bring it outside to enjoy some fresh air while you’re playing.  The Switch will have an approximately six hour battery life that will depend on the software you’re using.  For instance, if you’re playing The Legend of Zelda: Breath of the Wild, you’ll get about three hours on a single charge.  If you’re traveling, the Switch will be able to be charged with a USB Type-C adapter.  The tablet can also be propped up with a kickstand while you’re away from your TV. 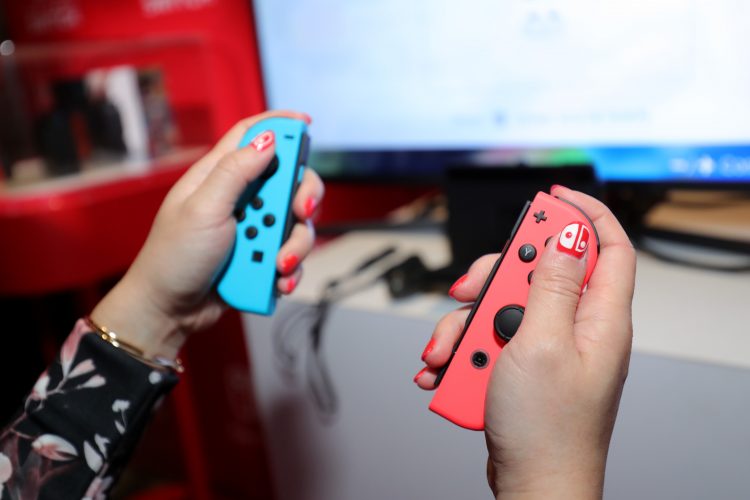 NEW YORK, NY – JANUARY 13: Nintendo of America, A guest enjoys playing Mario Kart 8 Deluxe on the groundbreaking new Nintendo Switch at a special preview event in New York on Jan. 13, 2017. Launching in March 3, 2017, Nintendo Switch combines the power of a home console with the mobility of a handheld. It’s a new era in gaming that delivers entirely new ways to play wherever and whenever people want. (Photo by Neilson Barnard/Getty Images for Nintendo of America)

The Joy-Con controllers can be used independently or together as one when connected to the Joy-Con grip.  They can attach to the main console for handheld use or be shared with friends for two-player games.  What’s neat is Nintendo designed the Joy-Con controllers with a full set of buttons so that each one can act as a standalone controller. Each controller also includes an accelerometer, gyro-sensor, and HD Rumble as well.  The right Joy-Con also has an IR motion camera that can detect the distance, shape, and motion of nearby objects, making super-cool control schemes possible. 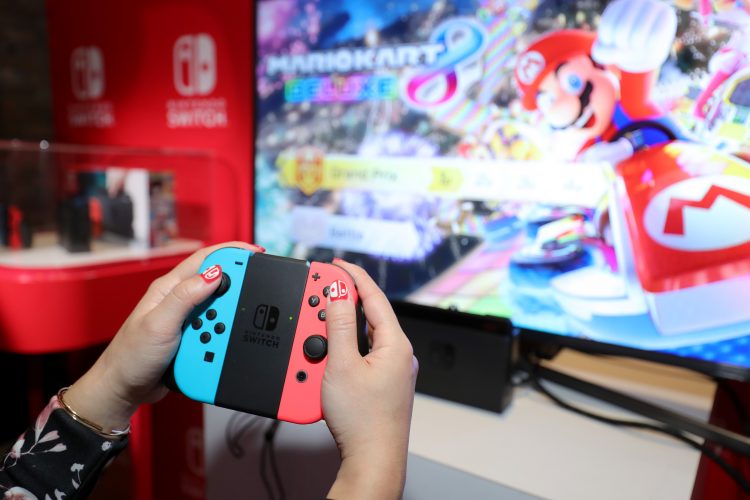 NEW YORK, NY – JANUARY 13: Nintendo of America, A guest enjoys playing Mario Kart 8 Deluxe on the groundbreaking new Nintendo Switch at a special preview event in New York on Jan. 13, 2017. Launching in March 3, 2017, Nintendo Switch combines the power of a home console with the mobility of a handheld. It’s a new era in gaming that delivers entirely new ways to play wherever and whenever people want. (Photo by Neilson Barnard/Getty Images for Nintendo of America)

Nintendo also announced that they will be introducing a paid online service, breaking from their previous tradition of providing free online multiplayer.  Full details have not been announced, but it appears that there will be a companion smartphone app that will be used in conjunction with the console to make gaming appointments and integrate voice chat.  I know this will be disappointing for many Nintendo fans, but fans have also be clamoring for a revamped and improved multiplayer system, and those improvements don’t come cheap.

Now, I know what you’re thinking; “What good is a console without any games to play on it,” right?  Well, here’s a quick rundown of a few of the exciting upcoming games you can expect on the Nintendo Switch.

The Legend of Zelda: Breath of the Wild 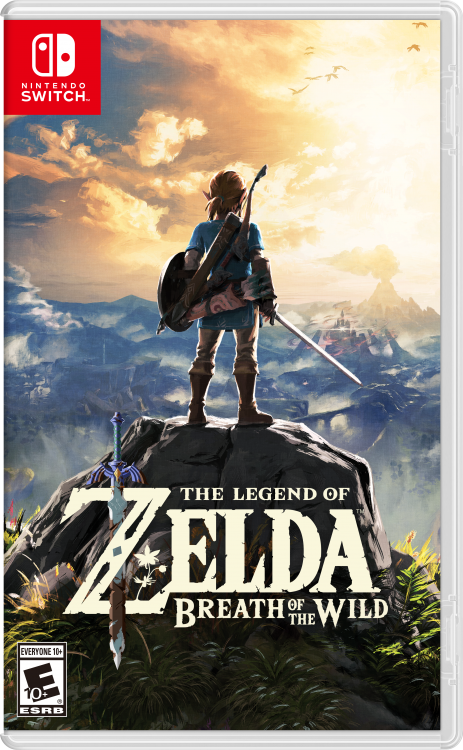 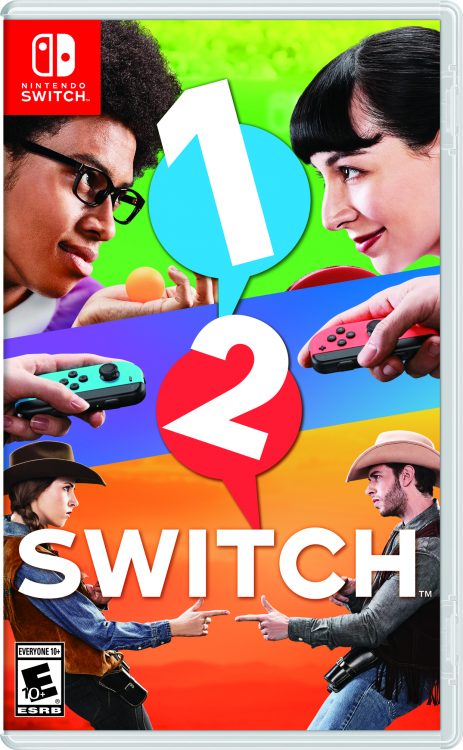 Also available on Nintendo Switch launch day, 1-2-Switch is a fun party game where players compete while looking at each other and not the screen.  You can gun sling like a Wild West cowboy, or copy each other’s dance moves.  There are a number of unique mini-games to choose from.  This game feels like more of a game that highlights the console’s features and would be included with the system, similar to Wii Sports was.  However, it appears that the Nintendo Switch will not come bundled with any games and 1-2-Switch will set you back $49.99. 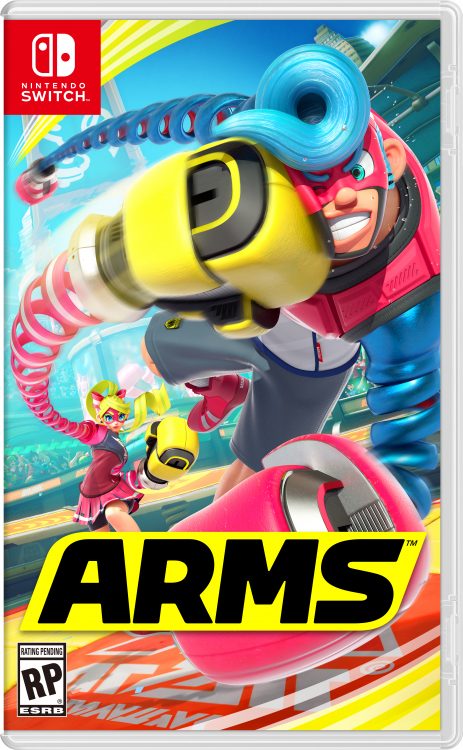 Available in the Spring of 2017, ARMS is a multiplayer fighting game where you use the left and right Joy-Con to fight with expandable arms.  You can compete against the computer, play split-screen against a friend, or challenge rivals around the globe online. 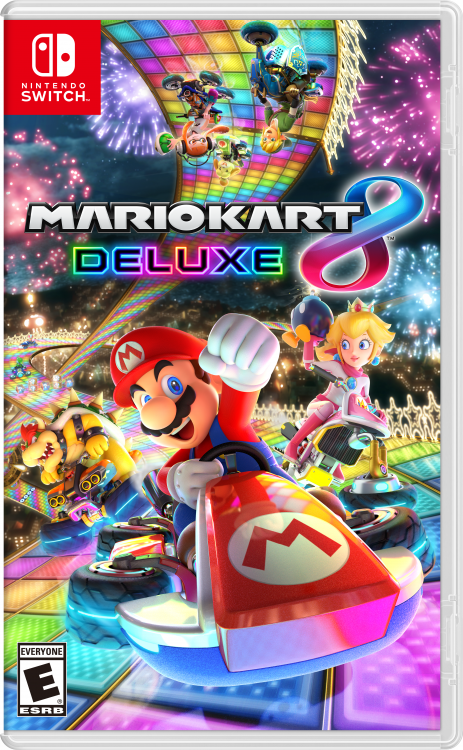 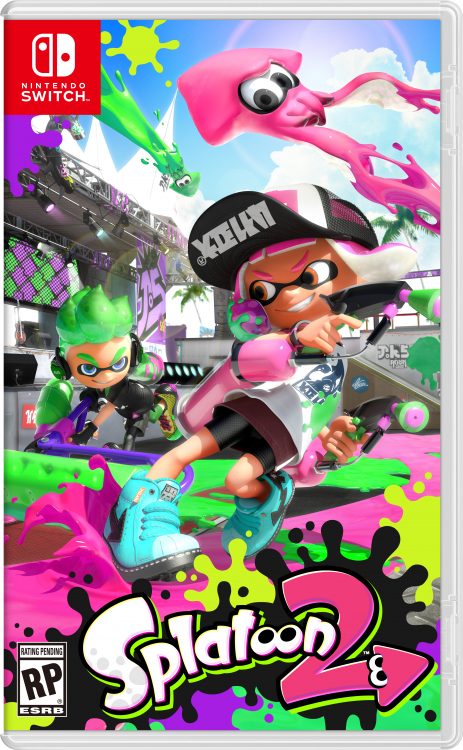 The sequel to the popular paint-shooting 4-on-4 turf battle is scheduled to launch in the summer of 2017, bringing with it new stages, new fashions, and new weapons.  You’ll be able to play locally or online using voice chat through the new Nintendo Switch smart device app. 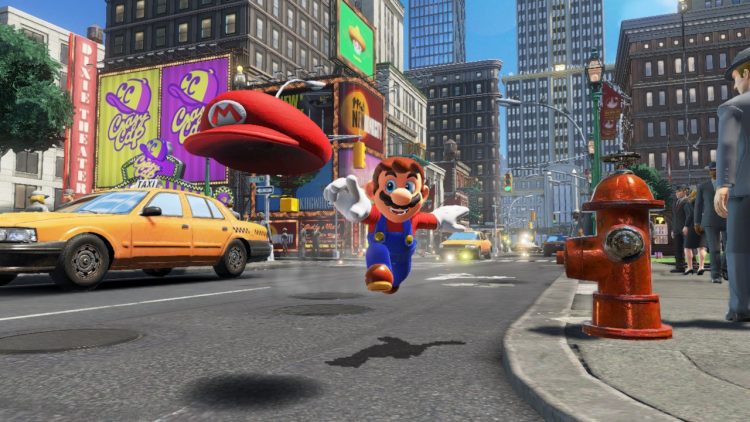 Last, but not least, we’ve got a new Super Mario game!  Scheduled to be released during the Holiday season in 2017, Super Mario Odyssey will be a whole new chapter in the world’s most popular game series.  Odyssey will be the first sandbox Super Mario game that you can completely explore the world since Super Mario 64 on Nintendo 64 and Super Mario Sunshine on GameCube.  The trailer looked as though Mario travels through a bunch of different worlds outside of the Mushroom Kingdom, including our own.  This is the game I’m most looking forward to.

While it likely will not have the specifications to blow the Xbox One and PS4 out of the water, if Nintendo finds a way to get solid third-party developer support and continues to make excellent first-party games, the Nintendo Switch should be popular among families and gamers like me who grew up on Nintendo’s intellectual property.  The fact that the console is so agile and can be played in many different ways makes the Nintendo Switch a very interesting proposition.

So, will you be jumping on the bandwagon and purchasing a Nintendo Switch?  Let us know your thoughts in the comments, below.