Now that I’ve turned 30, I’m embracing the fact that my vodka days are long behind me. A few of my Twitter followers suggested that I brush up on my knowledge of fancy spirits, with one being the ever-present Scotch.

As a bourbon drinker in my mid to late 20’s, I had quite a task on my hands. And then I stumbled on a special brand that is helping me bridge the gap between whiskey and scotch. 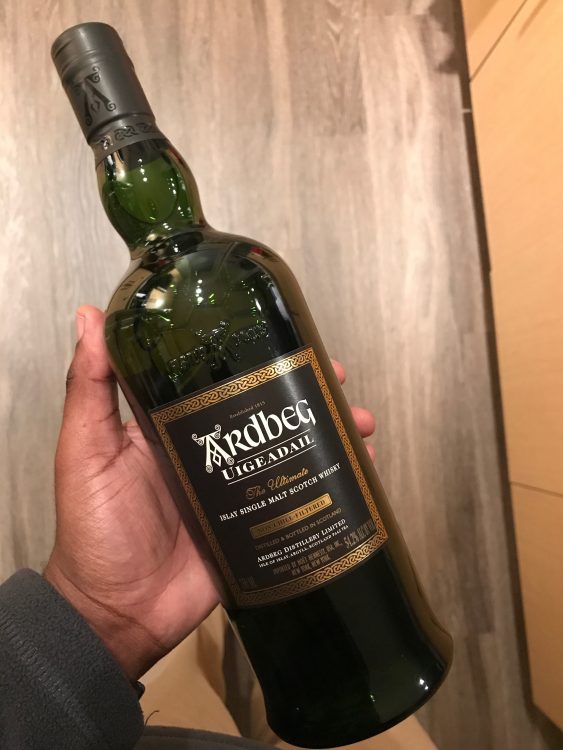 That brand is Ardbeg Uigeadail, an Islay single malt Scotch Whisky whose name might be hard to pronounce, but when the taste hits my lip it’s hard to not recognize how awesome the whisky tastes. Upon the first pour, you’ll recognize that the nose of the Ardbeg Uigeadail is certainly rounded and as someone who has to actually take a class on properly smelling spirits, more specifically bourbons, I had to learn to appreciate the nose of a spirit before the actual taste. You can clearly smell the sherry after twisting the cap on the bottle. 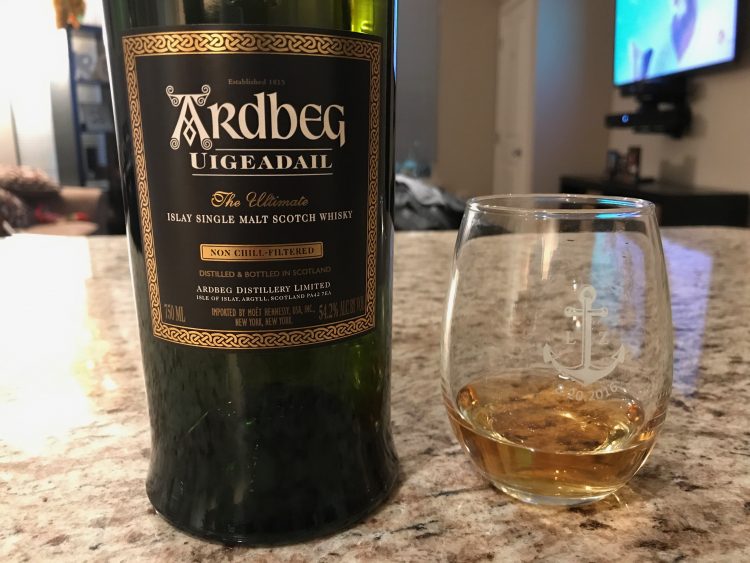 I used a rounded glass to pour my Ardbeg Uigeadail into to give it a bit of body and to properly get the aeromatic smell after pouring and before actually tasting, the first thing my friend and I got was its smoky scent. In the clear glass you could see the deep gold, almost amber-colored unmatched from any scotch whisky I had tried previously at this price, and after allowing the Uigeadail to sit on our tongues for a few seconds, you got an awesome taste that’s you’d expect to get from some of the biggest brands on the Kentucky Bourbon Trail. After the initial smoky taste, you get a sweet finish with every sip. I was able to taste hints of raisin, and slight aromas of pine with every sip. 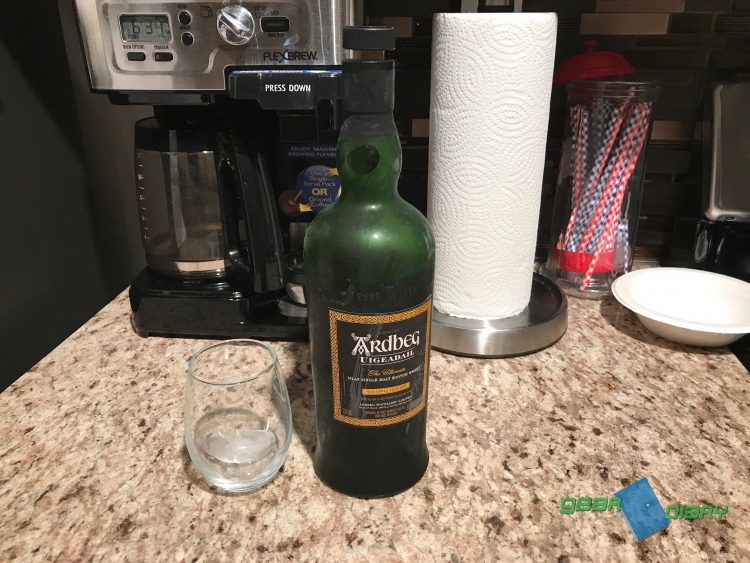 Ardbeg’s Uigeadail is pretty special, and that’s coming from an amateur whisky connoisseur who could still use a bit more education on the art form, and although I have not had the opportunity to visit their Islay distillery, you can smell the peat from the nose, all the while getting an intriguing palette from the smooth distinguished taste. It opens up on its own and can be a perfect companion for a meal, or just a casual beverage for friends on a Friday night. If you are into a robust body, and a honey-sweet finish, you’ll be hard-pressed to find another bottle on the market to give you all of these dynamics as such an affordable price, especially a single malt.

Winner of 2009’s Jim Murray Whisky Bible’s “World Whisky of the Year” award, the aged 10 years whisky is only $84.99, and it can be yours by heading to their site today.

What I Like: Overall robust taste is marvelous, and the subtle hint of honey gives what could be a bite for first-time scotch whiskey drinkers a nice crisp finish