Many eco-minded people argue if you want to get serious about reducing your waste, it’s necessary to have a compost pile for the food waste. However, composting can be complicated, and it could take over a year to bring a compost heap to fruition depending on how involved you are in the process. 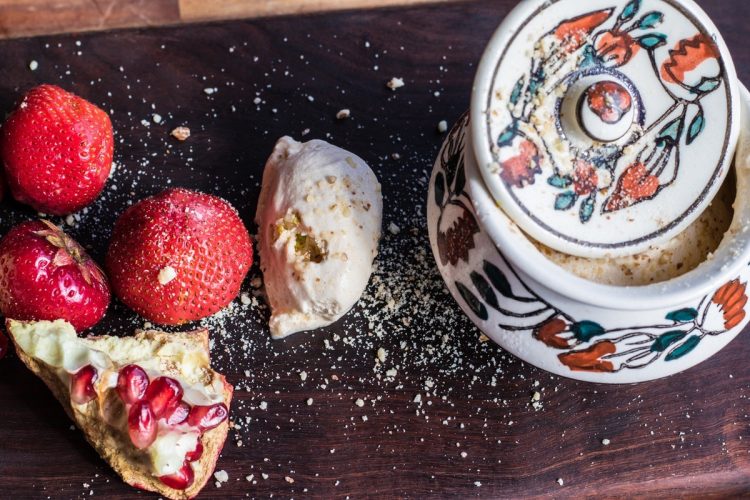 A new gadget from WLabs is changing the game because it turns your food waste into fertilizer in just a day.

A Compact but Powerful Gadget

WLabs is a company associated with Whirlpool that has a knack for creating high-tech things for the home and kitchen, ranging from a beer fermenter to a clothes refresher. Now, its Zera Food Recycler responsibly handles food waste for people who don’t want to chuck their leftovers in a landfill but lack the patience for typical composting.

The product looks a little like a tall garbage can with a white finish and slide-top lid. Meant to be a permanent part of your kitchen, the Zera Food Recycler has a streamlined build, although it may not be appropriate for extremely small kitchens. Plug the Zera into an electrical outlet, put food into the top compartment, and get fertilizer out of a side compartment the next day.

Easy to Use, Even From a Distance

Reports say the Zera Food Recycler has a touchscreen panel that allows users to change settings or turn the machine on or off. However, there’s also a corresponding app that allows people to manipulate the machine remotely using a smartphone.

Another Example of Innovation

Like many genuinely innovative products before it, the goal of the Zera Food Recycler is to change people’s perceptions about what’s possible, and it’s not the only gadget making waves in the food industry. If you research how food is frozen, for example, you’ll see that scientists and engineers have come a long way from the methods used decades ago.

One of the latest advancements in freezing technology includes a method that utilizes chilled air nearly 15 times faster than traditional blast freezing. Thanks to improvements like those, people have broadened their knowledge and expectations about frozen food storage. With the Zera Food Recycler, the same may happen soon in regards to food waste composting.

Simple for Households to Use

According to a WLabs representative, the Zera Food Recycler can make it more convenient for people to recycle food waste. In the U.S., about $160 billion dollars’ worth of food goes to waste each year, either because it’s blemished or uneaten. If the Zera Food Recycler gets adopted into the mainstream, that amount may soon start shrinking. It can hold up to eight pounds of food waste at a time, so it’s great for a family of four.

As soon as food scraps go into the machine, sensors recognize there’s something inside, and the first steps of the composting process begin. There’s also a mechanism inside that squishes the food down to make room for more.

So, how can the Zera Food Recycler work so quickly compared to conventional composting? Product representatives say it all comes down to the perfect balance of heat and airflow, plus a paper bag of coconut husks. Although the coconut husks aren’t essential, the quality of the compost won’t be as good without them.

People first started hearing about the Zera Food Recycler on Indiegogo, a crowdfunding site. Eventually, the gadget raised over 800 percent more than its goal because people were so fascinated by how it worked and its ability to reduce food waste mass by more than two-thirds. The earliest backers of the campaign had the chance to own a Zera Food Recycler for $699. Want one for your own kitchen? It’ll cost $1,199.

At first, you may think the Zera Food Recycler is a bit pricey, but when you consider how it’ll help you do something good with food waste by turning it into fertilizer, the cost may be well worth it. That’s especially true if you think traditional composting is a great idea that requires a little too much effort.