There are plenty of “Truly Wireless” earbuds on the market that you could chose from, many with half-baked features like fitness tracking and glowing lights, but what if you just want a great sounding pair of wireless earbuds? If this is the case, you need to purchase the YEVO 1 truly wireless earbuds, and here’s why. 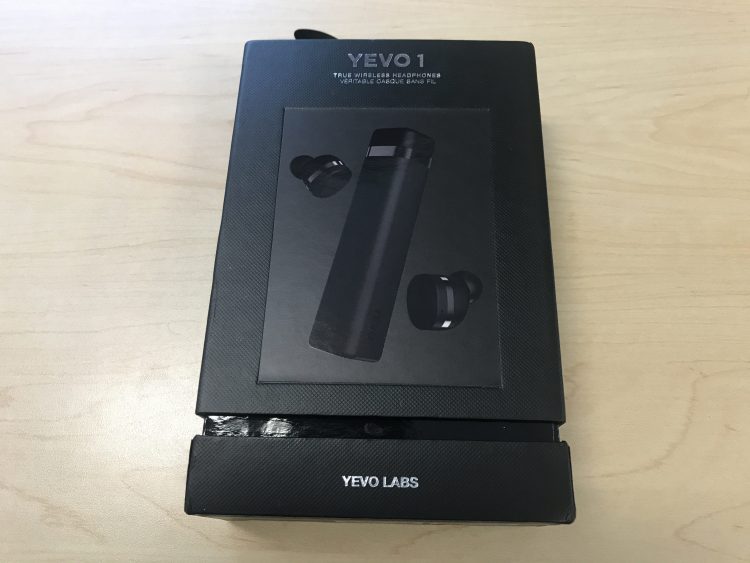 Based out of Stockholm, the YEVO 1 earbuds have all but been the sole earbuds I’ve used at my desk at work for the past month. Not only are they absolutely stunning to look at, but in overall usage, it’s safe to say they’ve become a pair of my favorites, albeit a few quirks. 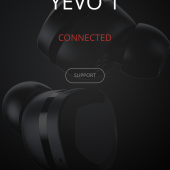 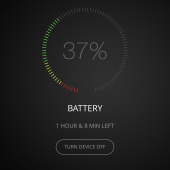 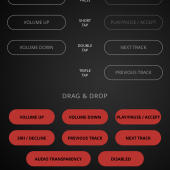 Combined with the Yevo app that is free in the app store, the YEVO 1 headphones are the first truly wireless earbuds I’ve used that amazed me with everything: App, packaging, usage, and style. And that’s a testament to even their founder who states:

“We look to uncover the future of audio at YEVO Labs and pride ourselves in pushing the boundaries of technology,” said Andreas Vural, founder and president of YEVO Labs and Happy Plugs. “YEVO 1 not only changes the way people will experience audio, it connects with our customers’ personal individuality and unique style.” 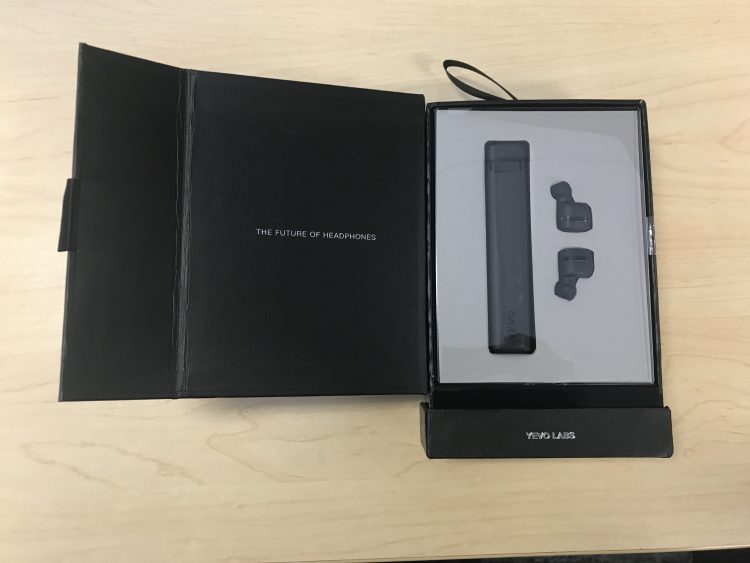 There’s a lot of emphasis on style with the YEVO 1 earbuds, mainly due to the fact everything from the earbuds being inspired by precious metals and smooth shapes, resulting in its sophisticated look. I was able to review the black version, which has accents of gold trim (also available in white), that look phenomenal. 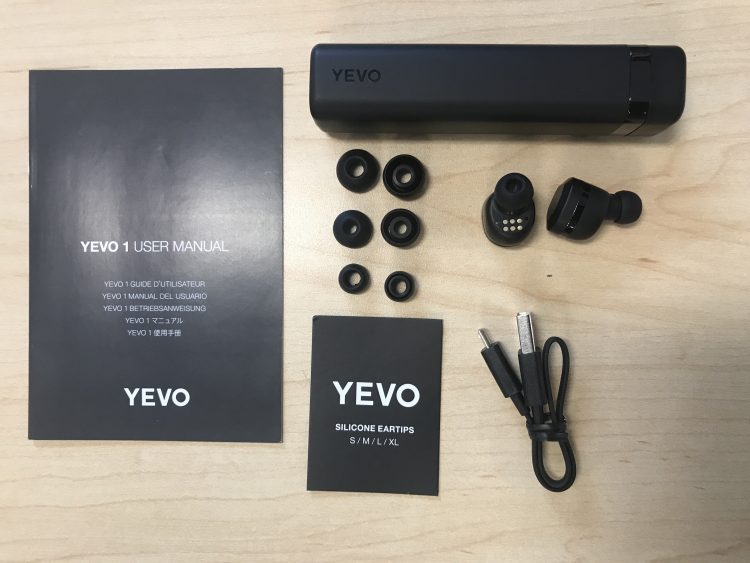 Despite using micro-USB instead of Lightning or USB-C, I will say that I think the included charging case is actually well made, mainly because of its slim size, making it great to pocket along with a phone. There’s not much branding, just the simple YEVO in a black at opposite end that you would insert the earbuds themselves. On the side that you do, you see five LED lights that are 20% intervals to show you how charged the case itself is, and as you can see, mine needs a charge. 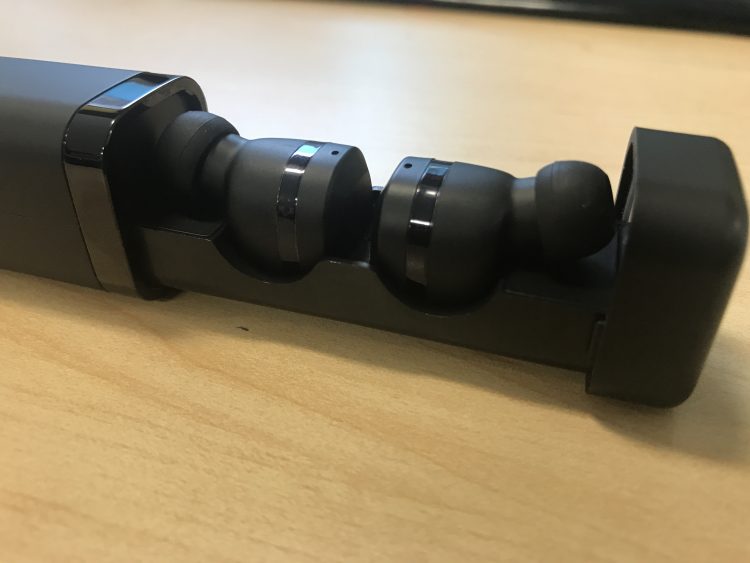 The earbuds themselves though = greatness. After you slide them out of the YEVO 1 charging case, you end up with two buds that offer up passive noise isolation as soon as you put them in your ears. Seriously people, if you want to get through your work day at your desk, or ignore the annoying grunts of the guy beside you at the weight bench, the YEVO 1 manage to do this automatically as soon as you put them in, without needing to fidget with buttons. In the event that you want to though, there are plenty of settings you can change within the app such as equalizer, presets, filters, and the ability to activate the Bass Boost, touch controls, and audio transparency. With the YEVO app, I can truly say, I have not used a better iOS accessory app for wireless products that matches the SONOS so well, but the YEVO app is pretty damn close. 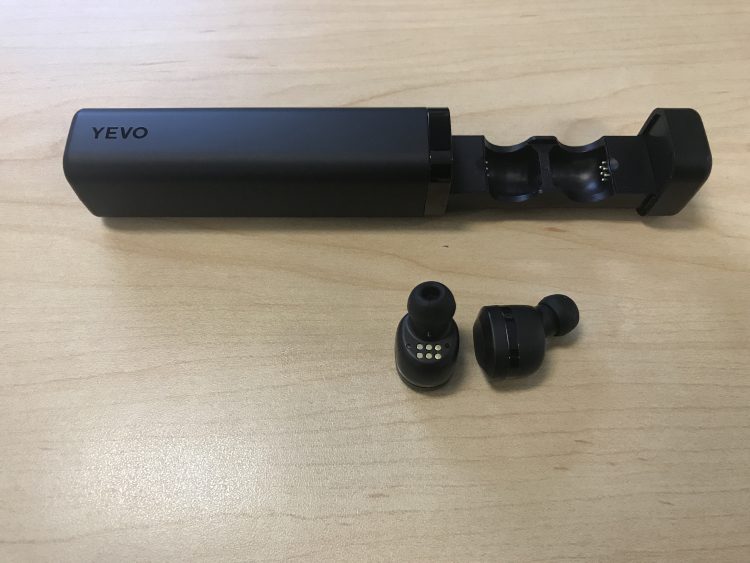 The earbuds(like the app), have touch control functionalities that lets you manage volume, take phone calls, obviously handle your audio transparency, and even access Siri and Google Now which is great. When it comes to listening experience, you’ll get about 3.5 hours on a single charge, but luckily the charging case allows for 5 extra charges on the go. In practice, I’ve gotten the expected 3.5 hours with ease, and honestly the audio quality has been fantastic. 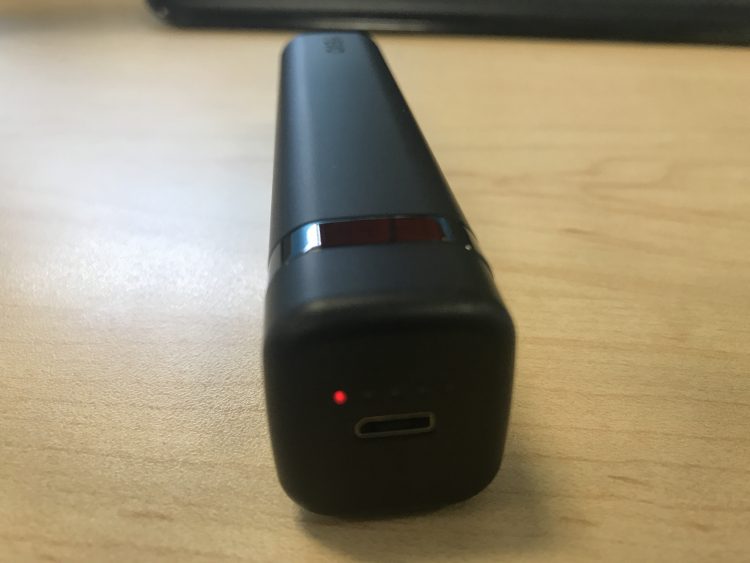 Overall, if you’re looking for a truly wireless experience that won’t cut out on you when listening, and look awesome in presentation, the YEVO 1 are personally a pair of my favorite. It helps that the model I received are all black which match my new iPhone X, but I’ve even received compliments from co-workers who use wireless earbuds themselves that they virtually disappear in your ear. I strongly suggest the YEVO 1 earbuds, and you can check them out by clicking here today.

What I Like: Solid color makes it inconspicuous while listening at your desk; audio quality is best-of-class; charging case is super slim and slick