One of the best features (other than Animoji) for the iPhone X, hands down, has to be the Wireless charging. Now sure, the iPhone 8 and iPhone 8 Plus both have this compatibility as well, but no matter the device, you should take advantage of the functionality. And what better company to do it with besides RAVPower? 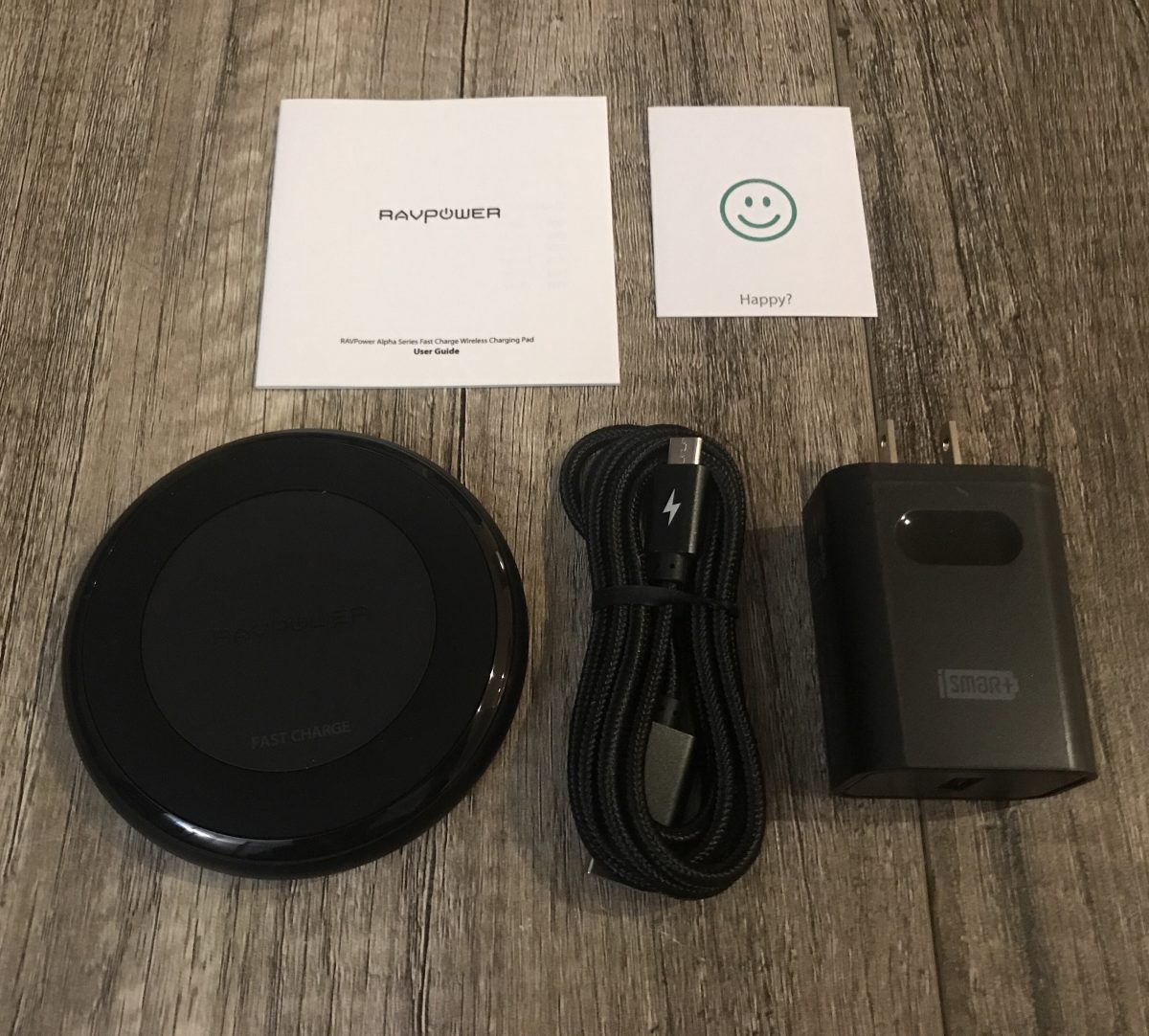 RAVPower sent over their Fast Wireless Charger that not only works for iPhone, but for any Qi-Enabled device. At $49.99 currently on Amazon, the company’s fast wireless charger can support standard wireless charging up to 7.5w if you are updated to iOS 11. As of right now, Apple hasn’t enabled the quick wireless charging that they states will charge the device 50% in thirty minutes (which would be a welcome addition for someone like me), but it should be out very soon. Until then though, the RAVPower wireless charger does charge for my iPhone X well enough. 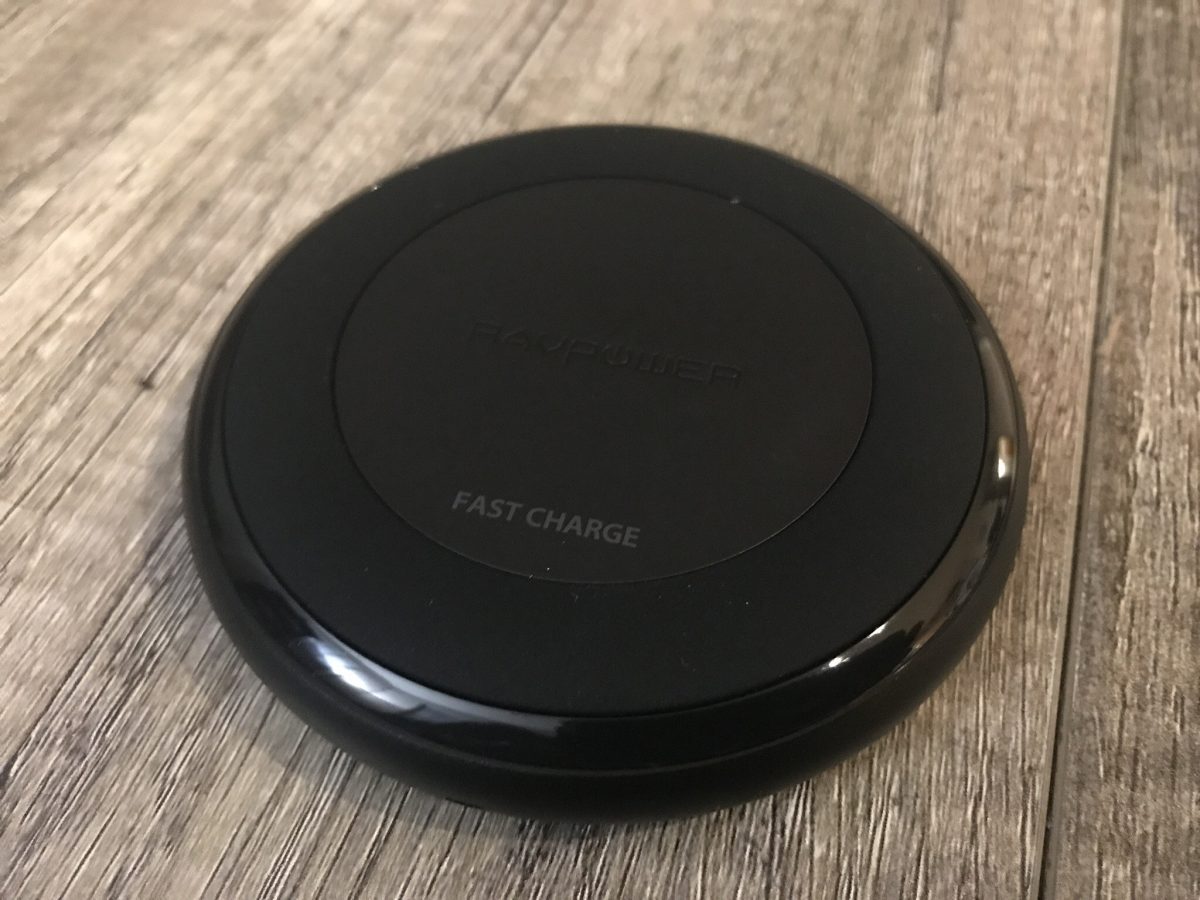 The wireless disc is super compact, and the biggest feature of the RAVPower wireless charger is the fact that its companion cable isn’t super bulky like others that Apple suggested we buy back in September. This makes it easy to unplug and toss into your bag without it taking up a bunch of space. 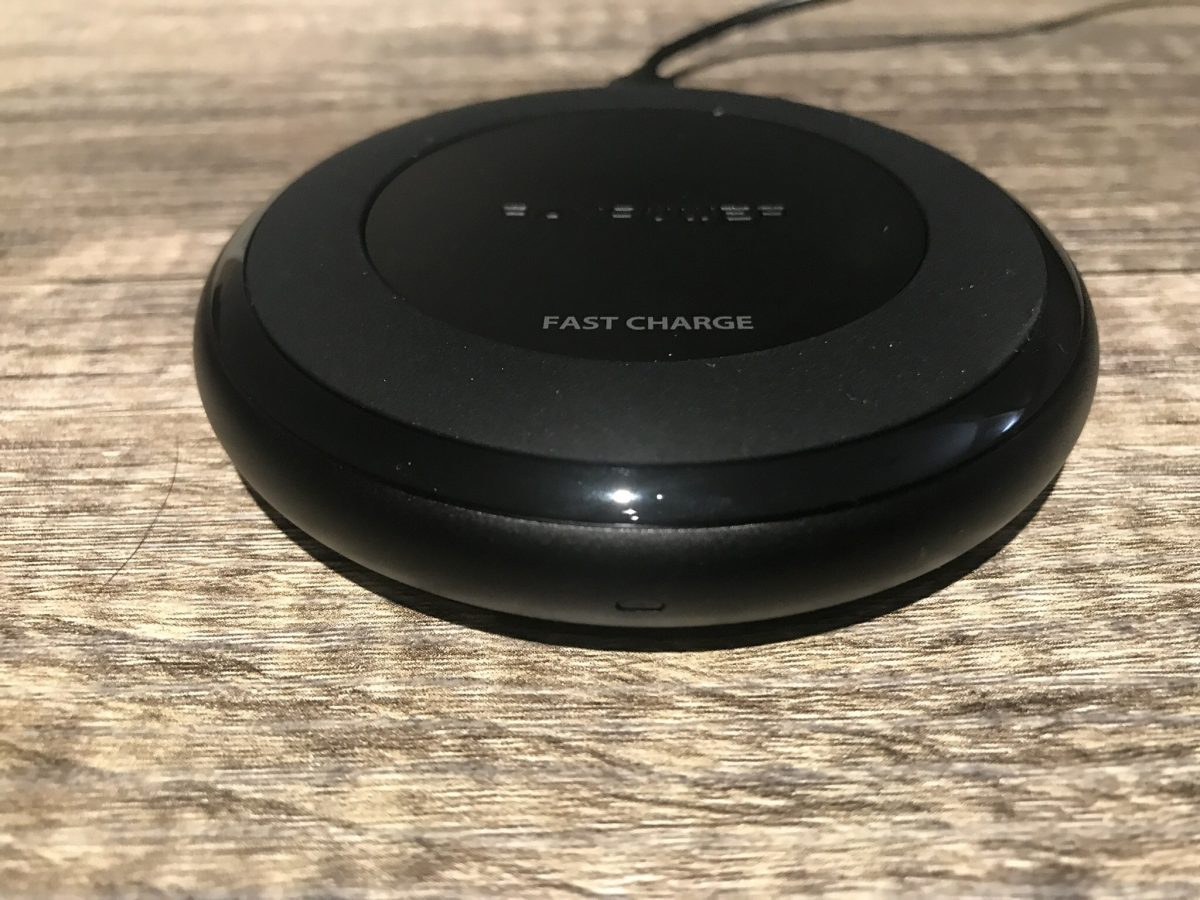 Since the RAVPower wireless charger has a rubberized base, along with grippy rubber bottom, it will comfortably sit on your nightstand without moving. 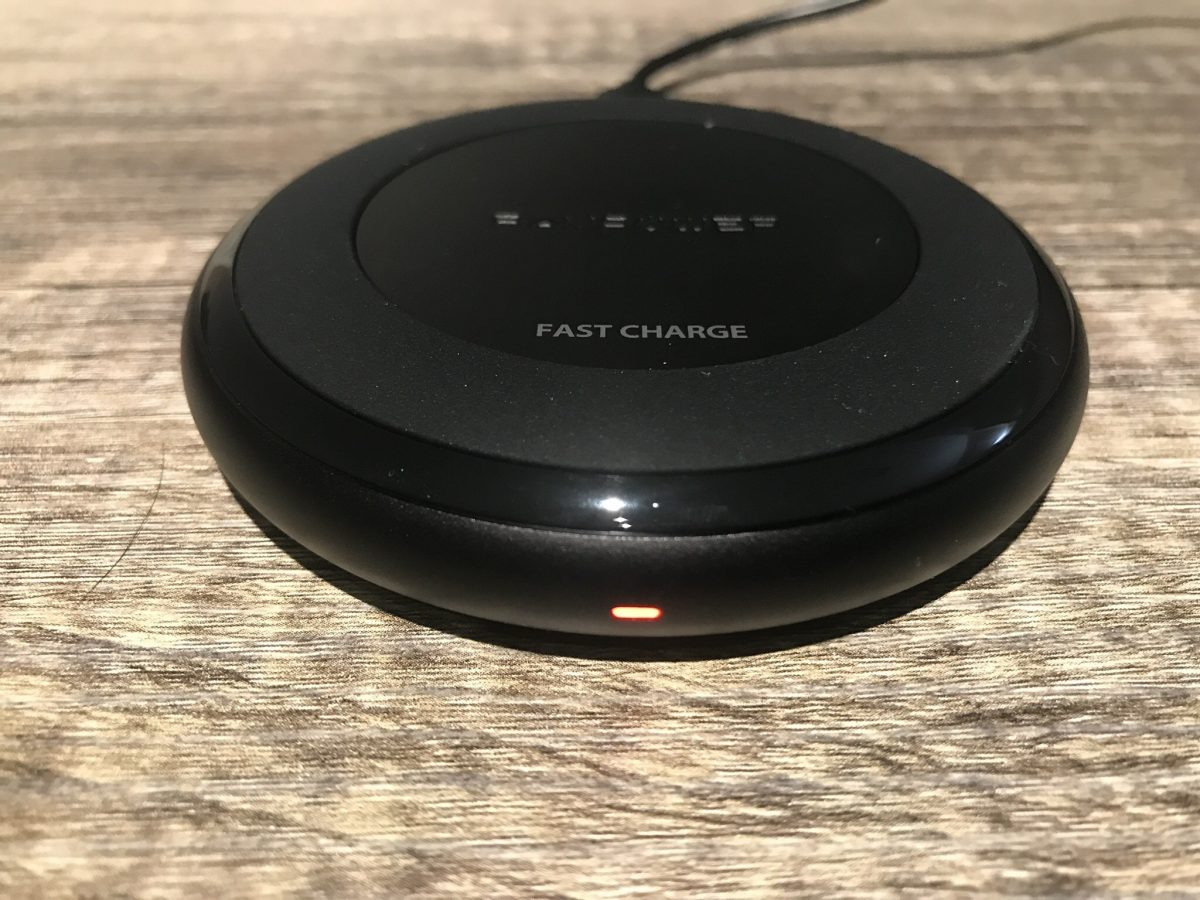 One issue with a lot of the QI-enabled wireless chargers on the market is the fact that they all have very bright LED lights that could be quite annoying at your bedside, RAVPower’s LED light which shows at the front of the charger itself can barely be seen in a dark room, even less so when your phone sitting above it. 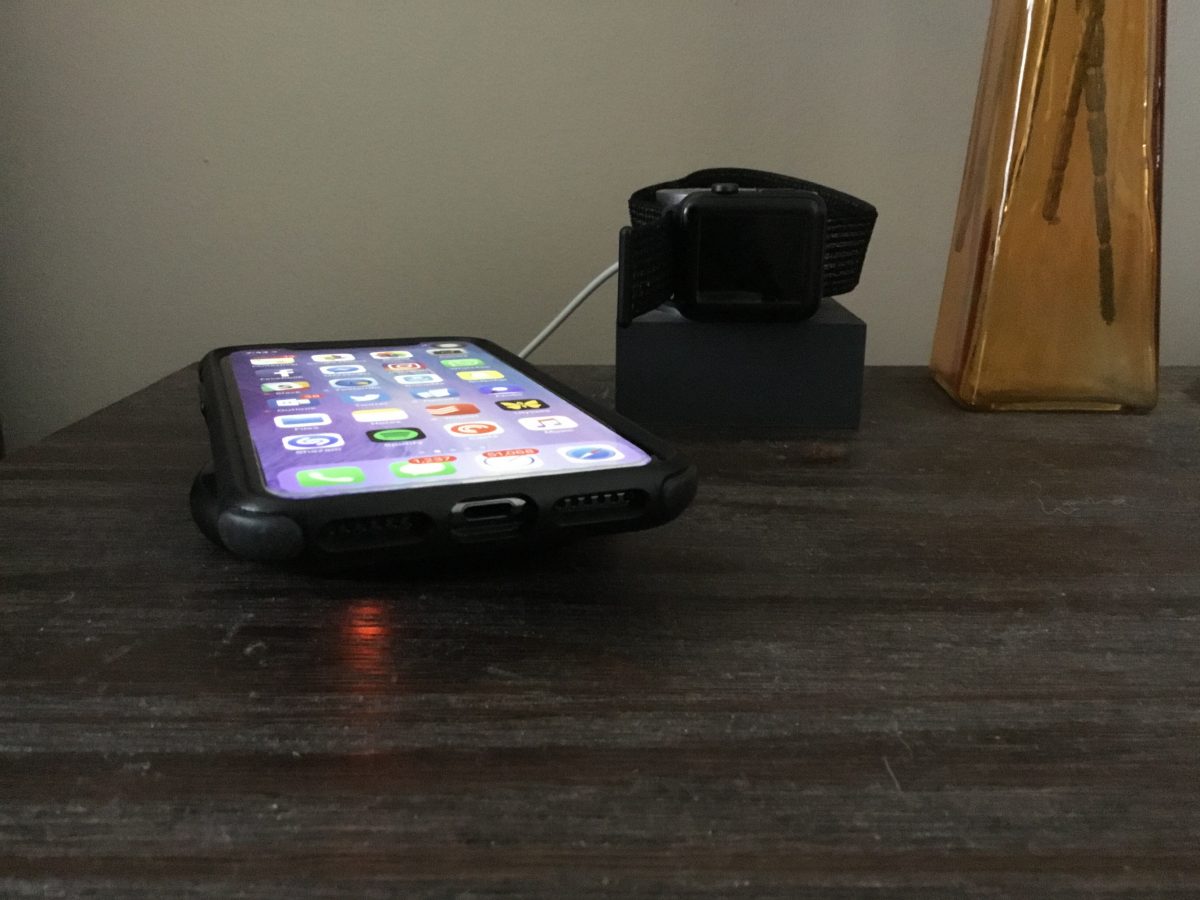 There’s honestly not much I would change about RavPower’s Fast Wireless Charger at all, it’s just up to Apple to finally enable the fast wireless so we can truly test the 50% in 30 minutes theory. Until then, this is still solid wireless charger at the normal charging speed, and it’s actually my favorite wireless charger that I’ve used. If you would like one for yourself, you’ll find them for $49.99 at Amazon [affiliate link].

Update: RavPower reached out to us to discuss their testing with the iPhone 8 and 8 Plus and are happy to let us know heir engineers discovered that QI Wireless charging base saves at least 30 minutes while charging a iPhone 8 Plus from 0% to 100% compare to 5 W output.

This is awesome news especially since Apple only includes a standard charging brick which, while it will charge your phone to 100%, you save yourself a lot of time quickly charging on the RavPower. I’m sure with more tests in the coming weeks, we will find out more information BT as of right now, I’ve solely decided to use the RAVPOWER wireless charger in my home for my iPhone X. 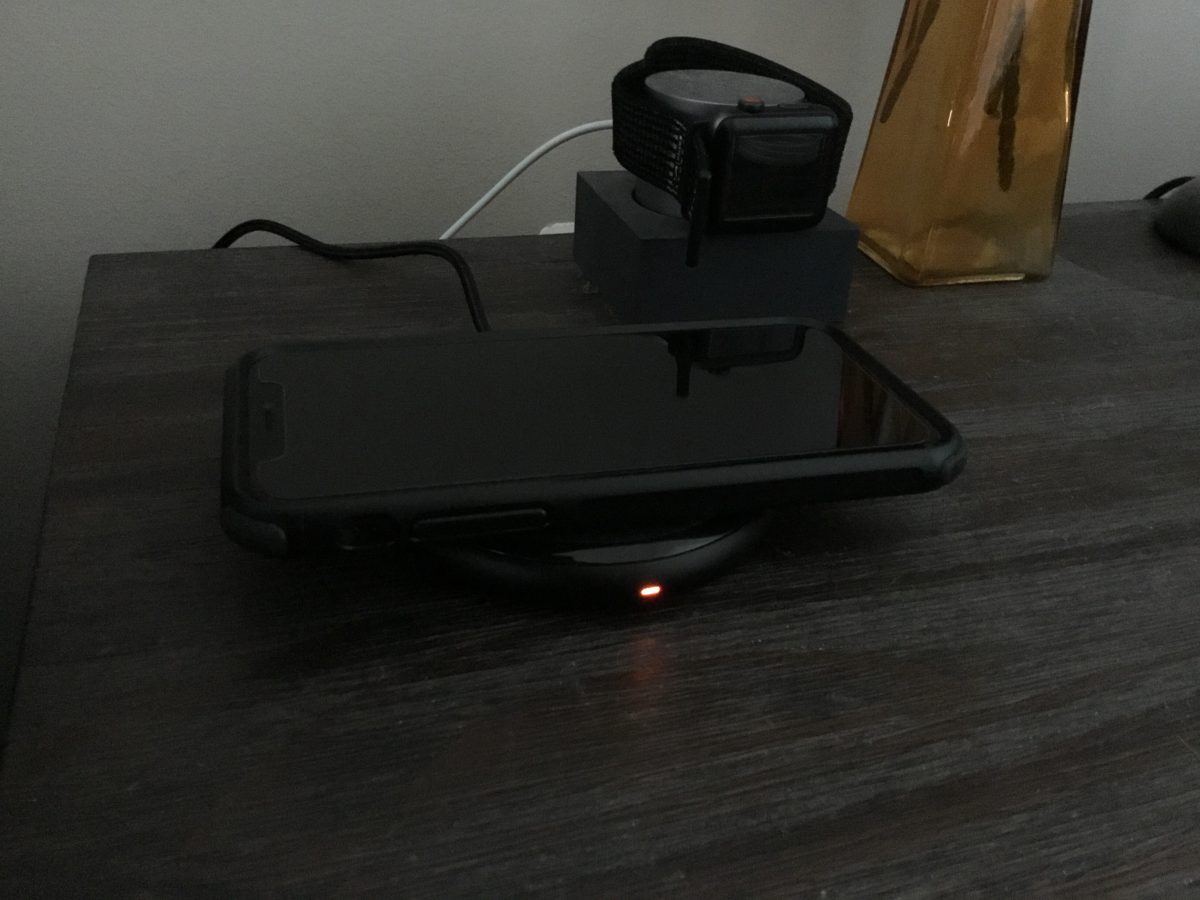