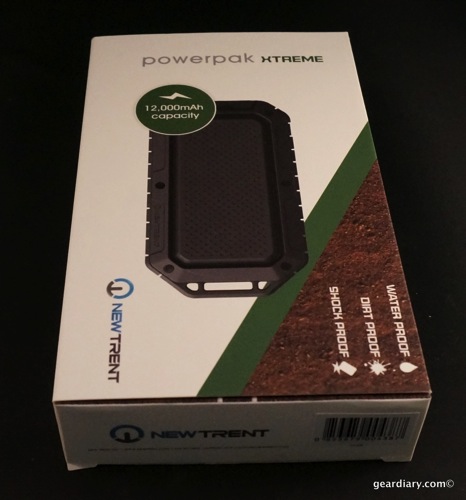 It’s hard to beat the 20,000mAh external battery Judie just reviewed, so I’m not even going to try. Still, while the $59.99 Trent PowerPak Xtreme External Battery Pack offers “just” 12,000 mAh of battery power (“JUST”!! lol), it comes in a rugged shell that built to withstand pretty much anything you can throw at it. And it is under $60. 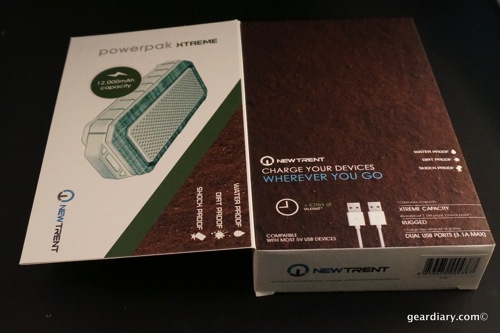 Meet The Tank. The PowerPak Xtreme acts like a tank without feeling like one. Weighing in at just 9 ounces, it’s a heavy-hitter with 12,000 mAh of charge capacity and dual USB ports that can keep both your tablet & smartphone up and running 24/7.

They aren’t kidding. The PowerPak Xtreme is just about as solid an external battery as you will find. It has a thick shell, solid construction and feels surprisingly dense. It doesn’t come with a carrying pouch for a good reason — this battery is so solid and so rugged you don’t want or need a protective pouch!

In the box you get:

Other than the cable for charging the battery the PowerPak Xtreme NT120R External Battery doesn’t come with any extras. No device-specific cables are included and for a very good reason — this universal battery is designed to work with pretty much any and every mobile device. Including device-specific cables with it would simply have been a waste of money and materials. I actually appreciate that, and I have been more than a bit annoyed when batteries came with a dozen different connecting cables of which I likely would use just one or two. 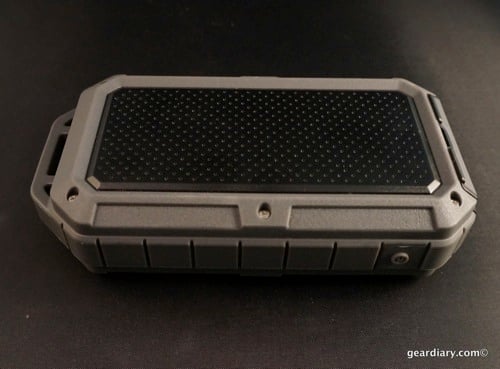 The battery is solid and looks like something that is designed to be rugged. Sharp angles, a black and gray color scheme and exposed screws all add to its “tough guy” appearance. This ain’t no prissy little external battery trying to be an attractive piece of mobile couture. No, this is an external battery that means business.

That one small button on the righthand side of the battery turns on the LED indicators, so you’ll always know how much charge remains. 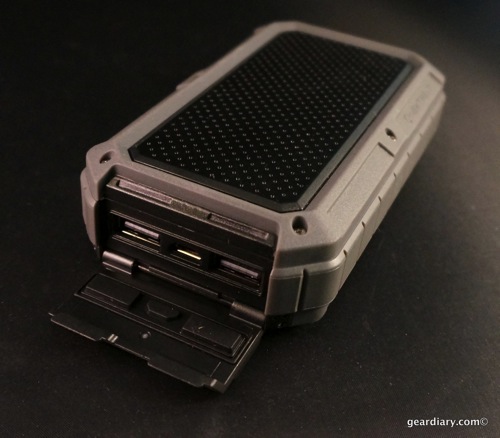 The battery has a door on one end that seals the various ports to keep dust and water out. Pulling the door down reveals two USB and one microUSB ports. The microUSB port is used for charging the 12,000mAh battery. It takes over eleven hours to fully charge it. Ouch!

The USB ports sit waiting to give your mobile devices the charge. One USB port offers [email protected] while the other offers [email protected] That means you can charge a smartphone and a tablet simultaneously. That’s great since many of us are now carrying a smartphone and a tablet much of the time. The battery will charge a phones up to 6 times, thanks to its 12000mAh battery. In addition, the battery itself is rated for over 500 charge cycles. That means this battery will last and last and last. 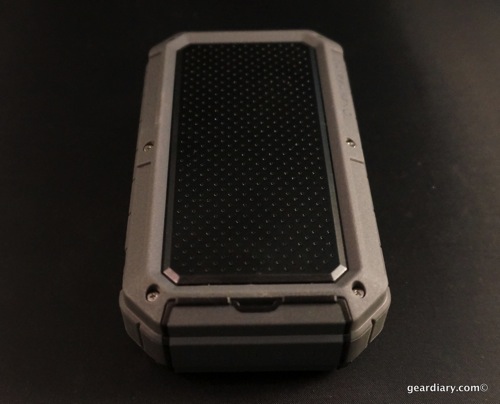 The PowerPak Xtreme is a rugged Powerpak Powerbank. Its design impresses almost as much as its 12000mAh battery does. It is a great way to stay in charge (literally) and never need to worry about the battery. Toss it in a bag. Put it on the table. Drop it on the ground. Get caught in a sudden downpour. This battery can take it. Best of all it is just $59.95.

What I Like: Large capacity in a small package; Rugged battery that can take a beating; Charges two devices at once; Good price for capacity

What Needs Improvement: May be more battery than some need