As Amazon Alexa continues its road to smart home domination, an increasing number of devices are adding Alexa functionality to their products. Azpen Innovation is jumping on the bandwagon with two Alexa-enabled DockAll wireless docking stations/chargers. If you make use of Alexa devices and have a phone with wireless charging, you need to check these out. 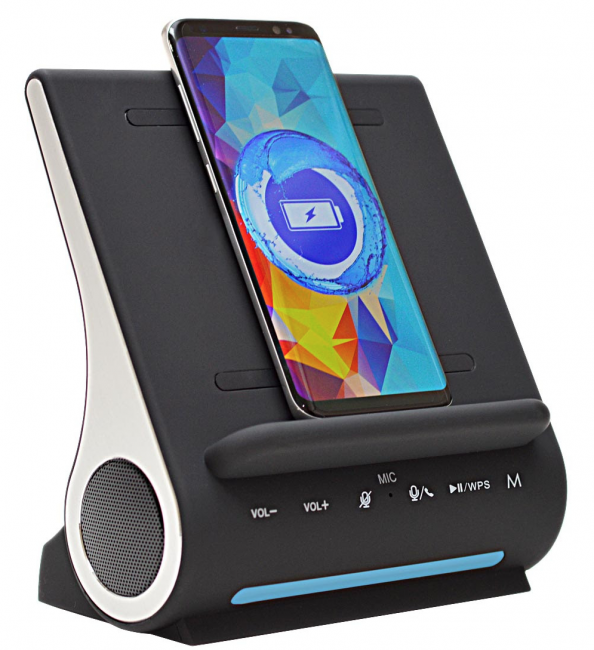 The new DockAll wireless docking stations/chargers are being revealed at CES 2018. Both have a dual-channel 4.0 Bluetooth Hi-Fi speaker system. The DockAll Pro Amazon Alexa includes Qi Wireless Charging while the DockAll Lightning Pro Amazon Alexa MFi Adapter Charger is ready to help charge any Apple device with a Lightning connector. Both can also charge multiple devices at the same time.

How do you make an award-winning product even better? Easy. You add voice-activated assistance. And that’s exactly what we did by including the always-ready-to-please Alexa to our DockAll line of wireless docking and charging stations. With Alexa’s help, these two new DockAll units go far beyond providing a means to charge multiple devices at one time. They can also play music, control a smart home, provide the news and weather, and much more. ‘Alexa, charge my phone, and while you’re at it, play some classic rock ‘n roll.’

The DockAll Pro Amazon Alexa Qi Wireless Charger works with Qi-enabled cell phones and tablets up to 13″ tall. Simply placing the device on the dock allows it to begin charging via the 10-watt fast Qi wireless charging technology on board. It works with iPhone 8, iPhone X, and several Samsung models. If, however, you have a device that is not Qi capable, never fear. There are two USB ports on the back for charging those devices too!

The DockAll Lightning Pro Amazon Alexa MFi Adapter Charger is specifically designed for people who have prior generation Apple phones. It is no Qi-enabled, but it does have a Lightning adapter. It too has two USB ports on the back so you can simultaneously charge up to three devices.

Both the DockAll Pro Amazon Alexa Qi Wireless Charger and the DockAll Lightning Pro Amazon Alexa MFi Adapter Charger have support for Alexa voice services. There’s more! Both products have two Hi-Fi-speaker dual-reflex ports, capacitive-touch front-panel for phone and music control, a built-in microphone for speakerphone capability and an ambient LED light. There’s even a MicroSD card slot that can handle cards with up to 64GB of capacity for direct playback of MP3, WMA, and WAV files. Both products have an MSRP of just $149.99!

Finally, it is worth noting that the company’s flagship Qi Wireless Charger (D100) has been named a CES 2018 Innovation Awards Honoree in the Smart Energy category.

Check out all of Azpen’s products here and keep an eye out for our review of the DockAll Pro Amazon Alexa Qi Wireless Charger in the coming weeks!