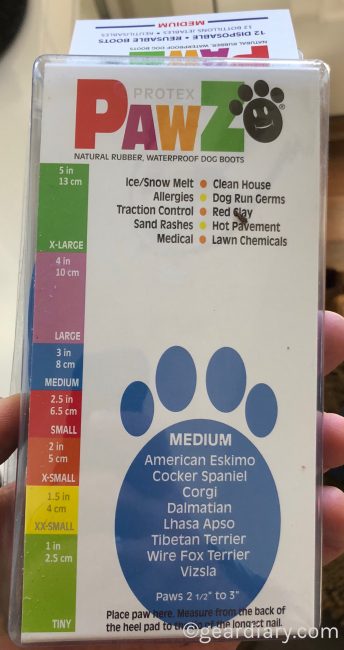 Pawz is, “…the most natural-feeling boot your dog can wear because the material is so thin your dog feels the ground, providing a sense of security.” They protect against snow, ice, heat, and chemicals. 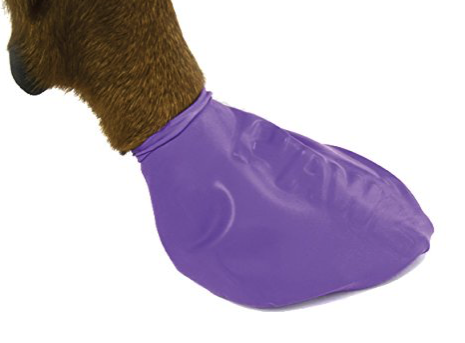 The company lists some advantages to their product. These include the fact that they are disposable, reusable, biodegradable and waterproof. They are thin enough to bend with the paw, tight enough to stay on and, at under $14 for a box of twelve, fairly inexpensive. I was, however, skeptical of their final claim that “Dogs Love Them.” In fact, they backed up the claim with pictures like this. 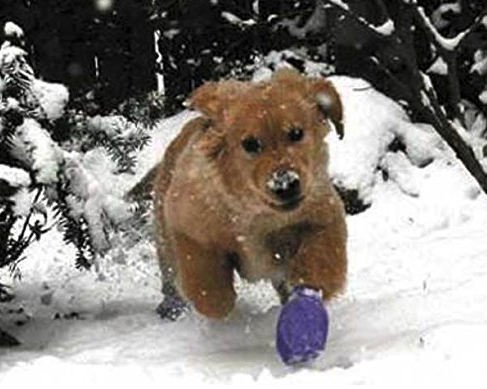 Pawz would lead you to believe dogs love wearing their product. But do they?

I was pretty sure Nava would not be happy. That’s why I bought the box last year, and they remained unopened. Nava came in the other day so packed with snow that we ended up putting her in the tub. The next day I saw a bulldog wearing them and decided to give them a try.

I pulled four of the Pawz out of the box. Grabbing one, I opened made the opening as large as possible and placed it on Nava’s paw. 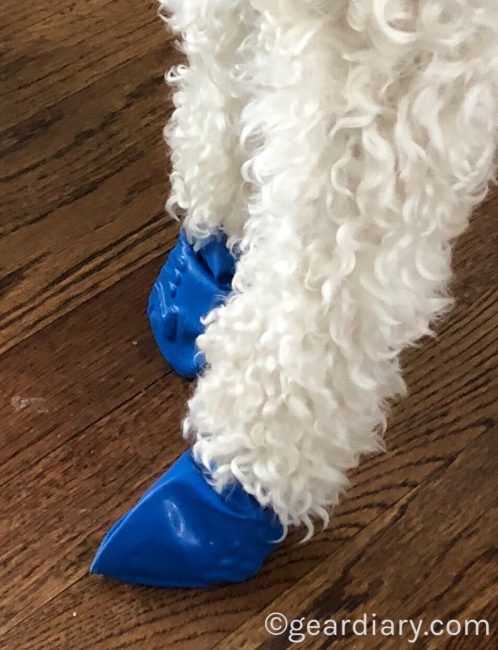 She wasn’t thrilled but didn’t seem uncomfortable. So I repeated the process until all four paws were covered. Then came the moment of truth- would she walk in Pawz? The answer was a resounding, “Yes.” 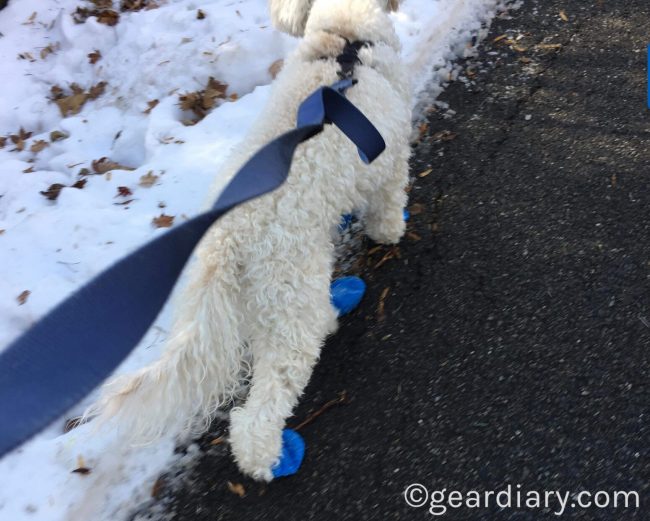 At first, she was a bit tentative, but within a few moments she was walking… and running… happily in the snow. When we got back, her legs were still caked with snow, but her feet were not only dry but had avoided coming into contact with the salt the town and our neighbors had put down. That made me a believer in Pawz and is why I’m writing this PSA-centered post. 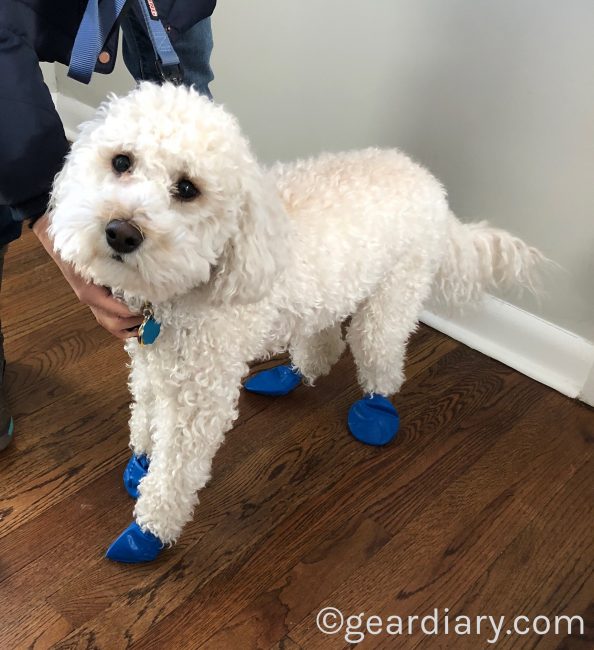 If you live in a place where the snow is just getting started you owe it to your dog to try Pawz out. Sure, your dog may initially be unhappy with you and look rather silly, but their paws will thank you. Check them out here.

What I Like: Really work; Keep salt and ice from getting between Nava’s toes; Reusable