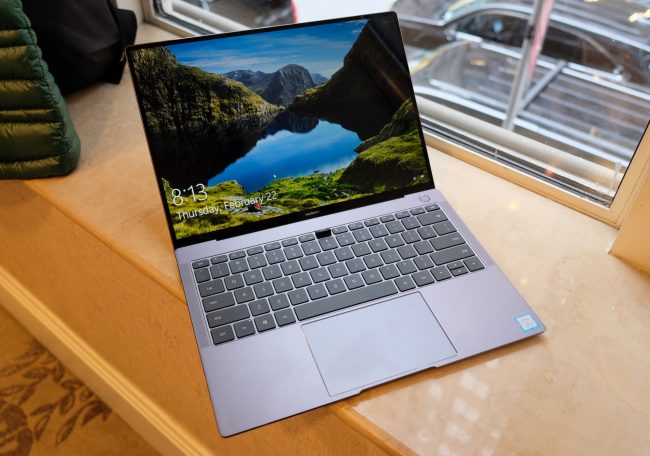 Huawei has just announced the MateBook X Pro, a follow-up to their MateBook X series. It’s not the first time that Huawei has unveiled a PC at MWC, and it probably won’t be the last.

The MateBook X Pro is a 14” laptop  (13.9”, if we’re getting specific) that is packed inside of a typically 12″ chassis. Measuring just 14.6mm slim, it’s made of a high-grade aluminum alloy that won’t flex, and it has been sandblasted to offer a better grip. The system itself weighs just 1.33Kg (2.93 lbs), which is impressive while packing in a nearly 14″ display.

Under the hood, you get a choice of an Intel Core i5 or i7 CPU complimented by Nvidia discreet graphics (the GeForce MX150). Huawei says that you can power the PC on from hibernation, authenticate into Windows and reach where you left off, all in just 7.8 seconds. This peppy performance is due in part to the fact that, at least in the U.S., the MateBook X Pro comes preloaded with Windows 10 Home Signature Edition, which is as clean and bloat-free as it gets for Windows 10. 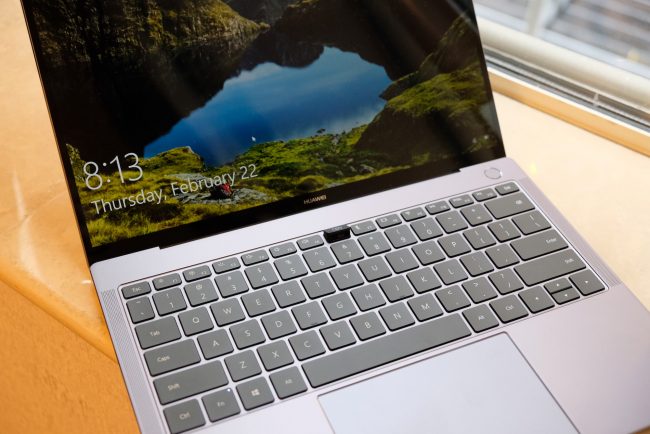 Can you spot the webcam?

The 3K display on the Huawei MateBook X Pro struts an impressive 91% screen-body-ratio, 450 Nits, an anti-fingerprint coating, a 100 percent sRGB color gamut, and this time around it’s also a touchscreen.

But beyond its impressive screen-to-body ratio, what is sure to get folks attention, is the MateBook’s unusual recessed webcam that has been designed with users’ privacy in mind. The recessed camera hides under a keyboard key until you push the keyboard button, and it then pops up for use. The design is unique and certainly ideal for privacy, but not so great for looking flattering on a video call.

Battery life for the MateBook X Pro is said to be 15 hours for web browsing and 14 hours for office tasks. In the U.S.A., the PC will come with Office 365 free for one year, and they are throwing in the MateDock 2.0 which extends its ports.

For a company that hasn’t been making PCs for all that long, Huawei has done a really nice job of updating and refining the MateBook X Pro laptop into a worthy contender. The 91% screen-to-body ratio is the best you can get on the market, and all around the specs for the MateBook X Pro are impressive. We also appreciate the privacy concept behind the recessed camera, but it remains to be seen if it’s all that practical. 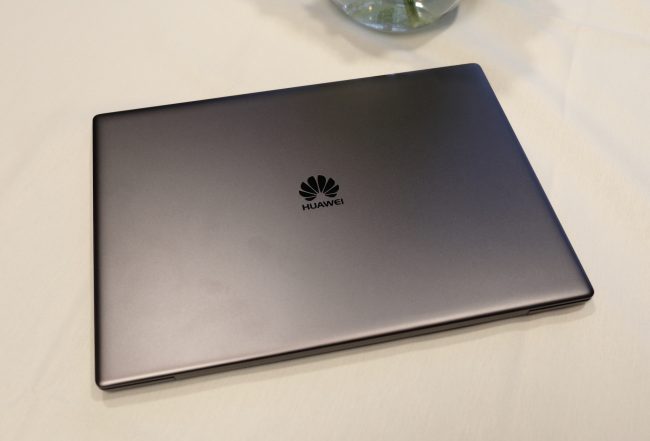