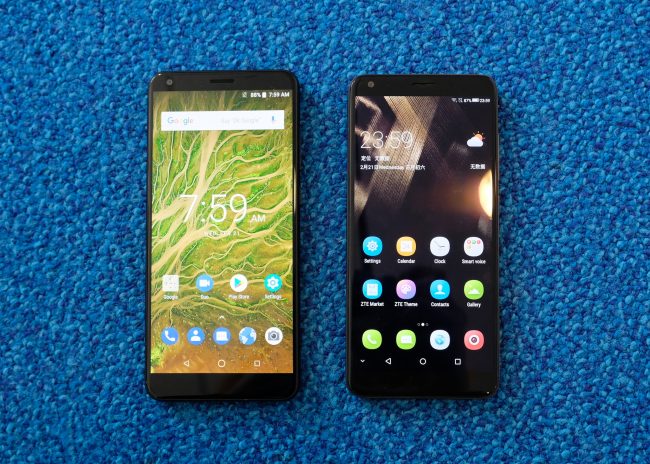 The Blade V9 packs in a 5.7″ FHD+ display with the now very trendy 18:9 aspect ratio. Design-wise, the Blade V9 is refined and simple, with clean lines. The phone sports an “Aurora” glass backside, and pretty minimal bezels surrounding its display. 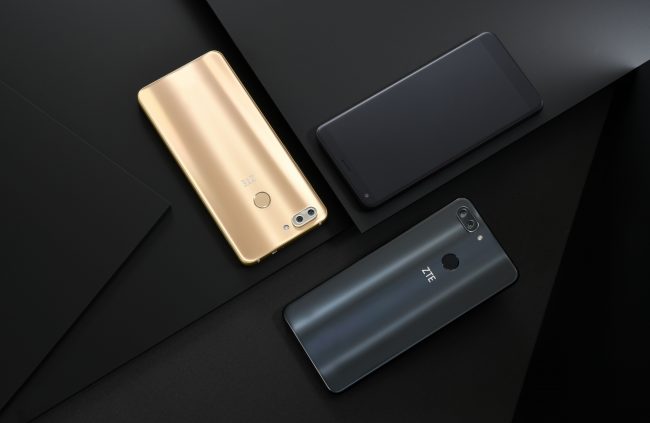 The phone is running on a Snapdragon 425 processor, and it packs in a dual lens 16 + 5 MP camera, with a 1.8 aperture for improved low light photography, and support for bokeh and portrait photography. The phone also comes running Android O with a nearly stock version of Oreo. The V9 is expected to cost under $300. 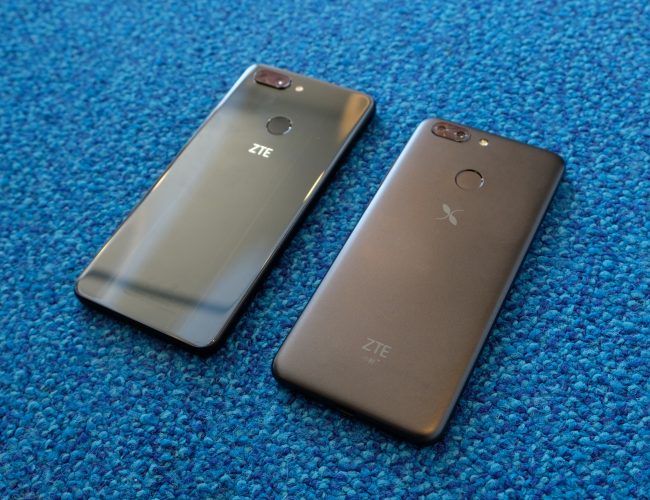 In addition to the V9, ZTE is also showing off their Blade V9 Vita at MWC. The Blade V9 Vita offers similar looks to the V9, albeit with a smaller 5.5″ HD+ display and fewer premium specs. To that effect, it lacks the swanky glass backside of the V9, its processor is a bit more underpowered, and its dual lens camera is a 13 + 2MP camera. The Vita is expected to retail for under $200.

Both Blade V9 phones come with fingerprint readers on their backside and Android O. 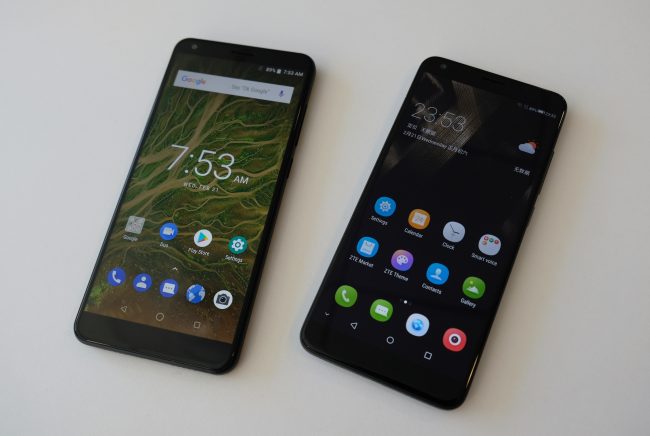 Last but not least, at MWC ZTE is also showing off the Tempo Go, which is destined to be the first smartphone in the U.S. running Android Go, which a “stripped down” version of Android aimed at emerging markets. Android Go can be run on a phone powered by just 1GB of RAM or less.

It’s worth noting that despite mostly glowing reviews of their flagship phone, the now aging Axon 7, the Blade series of phones is actually ZTE’s best-seller globally. To date, the Blade series has sold close to 70 million phones.

The flagship V9 unveiled today is destined to be the flagship of their Blade series, and it will initially be released to global markets, but a U.S. release is imminent. However, U.S. carriers will likely make slightly different configurations of the Blade V9 available to their customers.