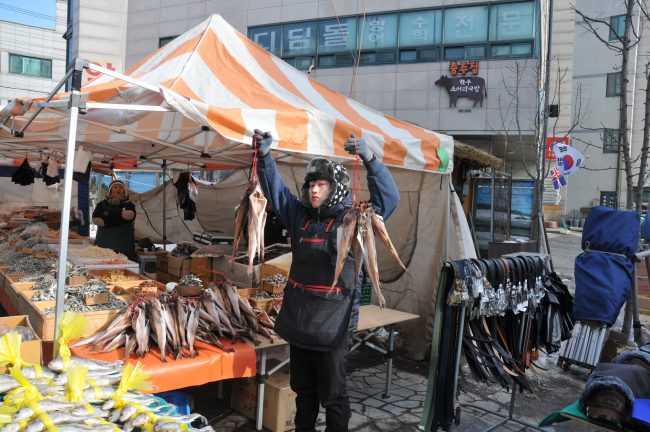 In the market near Pyeongchang

As the closing ceremonies bring the 2018 Winter Olympics in Pyeongchang, South Korea to an end, I’m feeling exceptionally fortunate to have been able to go and see some of the highlights of these games in person. I’m also grateful for the opportunity to get to know a little more about Korea, its people, and their culture.

Here are five good reasons why these Olympics deserve your attention, and why visiting Korea should be on your bucket list even after the Olympics are done.

There really is something special about the Olympics

In the depths of the cynical zeitgeist of our era, the Olympics represent something truly good. Even though doping has found its way into Curling (is nothing sacred any more?) and even if the IOC is as corrupt as, well, take your pick, there’s so much more good than bad at the games. 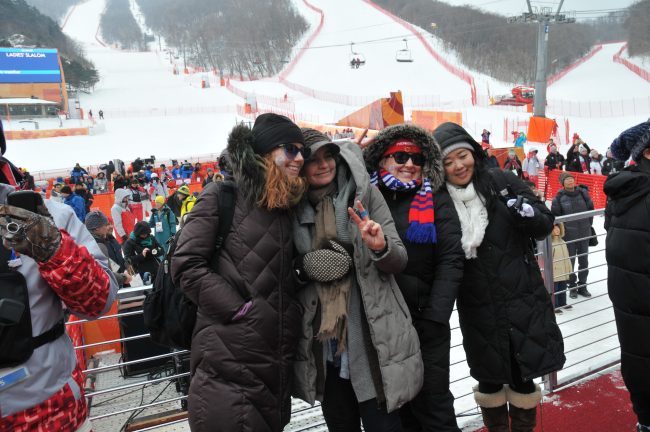 You know something extraordinary is happening when you watch Chloe Kim throw down a Gold medal performance in her first run down the half-pipe. That’s great on its own, but then she came back and risked humiliation to deliver an even better score on the second run, just for the sheer joy of the sport.

When you see people from every nation on Earth cheering (almost) as hard for every other country’s athletes as for their own, you get the sense that maybe international tensions don’t really need to be as high as they are. Even the North Koreans were there. Sure, you know they’re just putting on a happy show, but it’s a start. 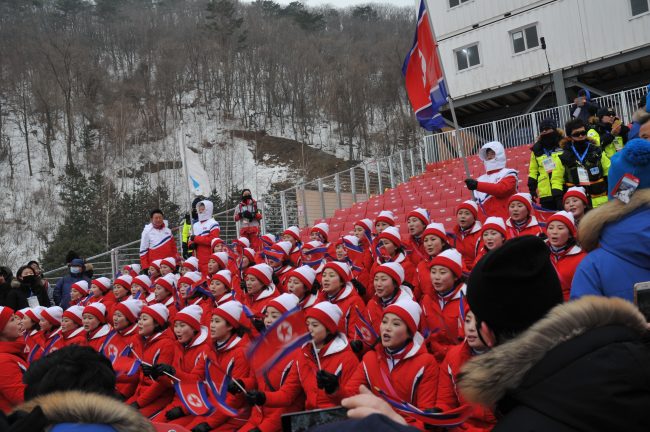 North Koreans engaging in a little patriotic singing at the women’s slalom event.

Pro Tip: Even if it’s sunny, bring your warmest gear. Don’t forget hand warmers and a couple extra to go in your shoes.

Korea is the easiest Asian country to visit

Asian countries can be intimidating for Americans. The language barriers are as high as anywhere on Earth, and you probably won’t even recognize any words in the local script. But that’s not really a thing in Korea. Almost all signs are written in Korean Hangul and in English, and people in retail jobs typically have enough English to get you through your transactions. 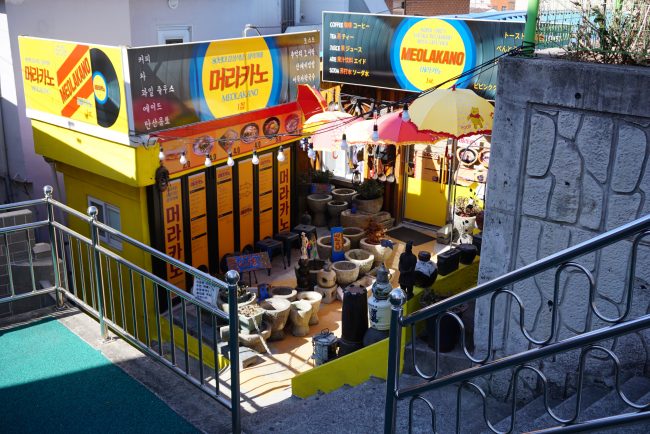 On a market street near Busan, South Korea

Beyond the basics of language and cash, the Korean people are friendly and seem genuinely happy that you’re paying a visit to their country. You can always find help when you need it.

The Olympics are a daunting logistical challenge, but Korea is organized to a fare-thee-well, and things like public transportation and taxis are easy to use. Free chartered buses transported huge numbers of spectators to every possible venue. Once we arrived, legions of smiling teenage greeters and pointers helped get us where we needed to go. Koreans made the Olympics look easy. 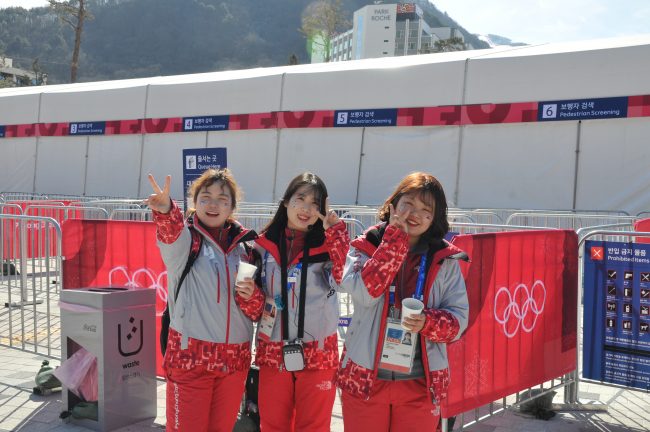 Cheerful teens were employed by the thousands to help you find your way around.

Pro Tip: The exchange rate is about 1,000 Korean Won to a US dollar. Just knock three zeros off the end of any price and you get the amount in numbers you understand.

Make no mistake, South Korea is a first-world country. Stand on a street corner in Seoul and you can easily imagine yourself in Berlin or Toronto. If you stuck to the cities, you could theoretically spend your entire vacation eating McDonalds and drinking Starbucks, but you’d miss the real adventure of the place. 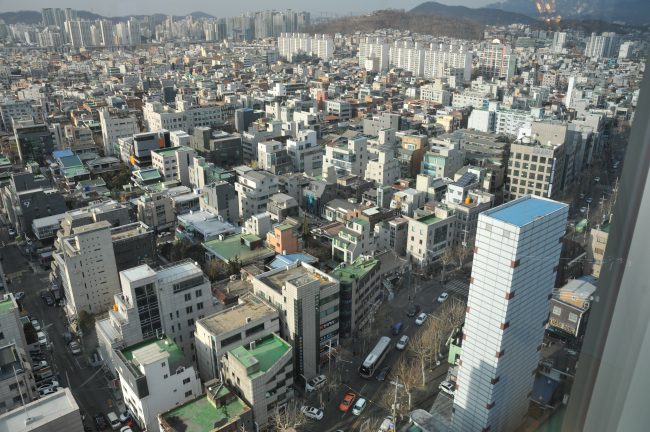 The Hongdae neighborhood of Seoul is home to universities, nightlife, and great food

If you look past the surface, Korean culture is right there to provide you with a memorable adventure. Korean cuisine is a fun, participatory experience with a varied palate of ingredients, techniques, and flavors.

The most typically Korean thing to do for a meal is to visit a barbecue restaurant. Depending on the place you choose, you can find beef that will put expensive Japanese Wagyu to shame, tender lamb on skewers, or seafood fresh out of the water. The waiters will bring a large metal bowl full of burning charcoal, and set it into a hole in the center of the table. There’s a grate over the top and you get a tray of whatever meats, veggies and mushrooms you’ve ordered, plus a set of tongs. You cook your own dinner at your own pace, and every bite is sizzling hot. 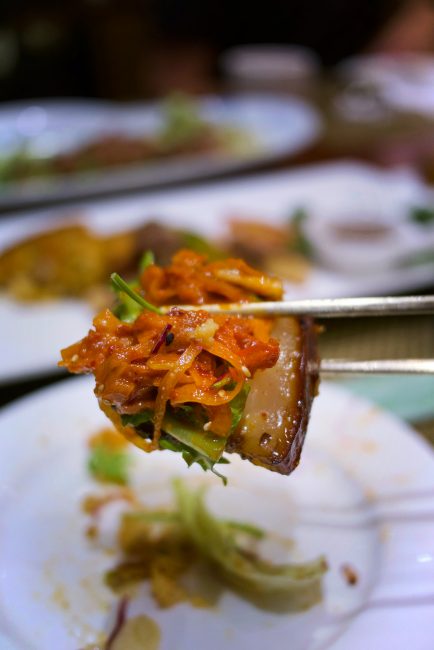 If there’s one thing Korea is known for, it’s Kimchi. Kimchi comes in uncountable varieties, and in most places, you’re getting Kimchi made by the chef; you won’t find the same stuff anywhere else. If you’re scared of super-hot spices, don’t worry. It’s generally not as hot as it looks. Koreans are more into the flavor of peppers than the heat. Just ask about the heat level. They get it. 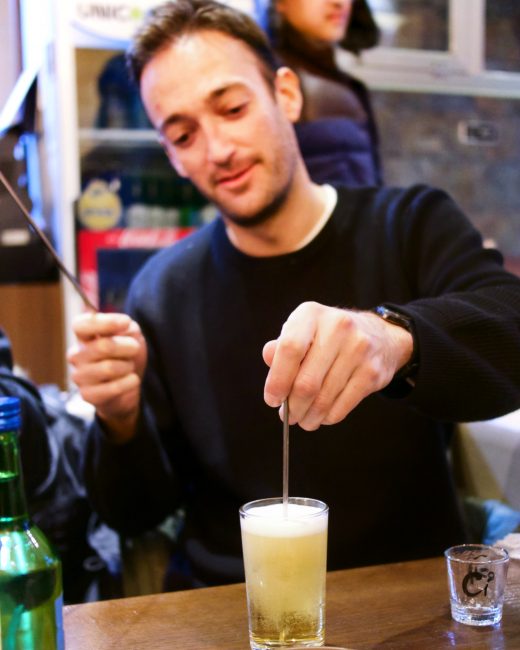 Give your Soju and beer mix a whack with a chopstick to make it foam up.

When it comes to your drink, Korea has some excellent options. Most Koreans drink beer, but with the addition of Soju. This is a basic rice wine similar to Sake, but the Koreans mix it into their beer to add sweetness and kick. You can also get rice beer, which tastes like a smooth creamy beer, but it’s white and less carbonated. Think fizzy Horchata. If you’re steering away from alcohol, there’s generally a good selection of juices and sodas, and water will always be on the table.

Pro Tip: Never pour your own alcohol in Korea. Your tablemates pour for you, and then you return the favor for them.

Korea is the undiscovered country for winter sports

Forget Colorado, give Whistler a pass, and definitely downgrade the Alps. If you want a great experience of winter sports, head for Korea. The entire peninsula is basically one big mountain range, and Arctic winds blow right down from the pole. This place is brutally cold in the winter, and as a result, you can take your pick from excellent outdoor sports venues. 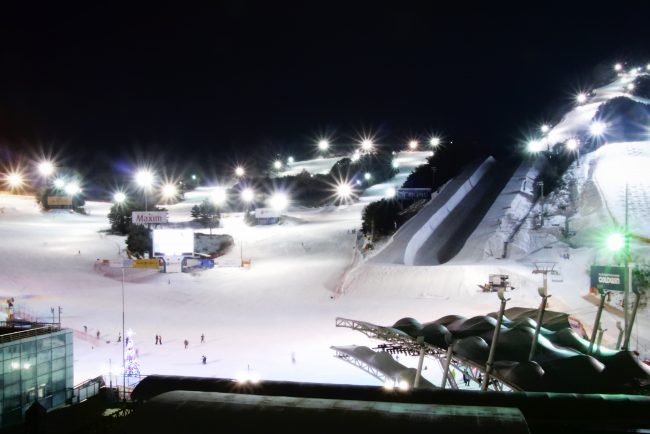 WelliHilli resort near Pyeongchang has every winter sport, plus indoor pools and spa services.

We stayed at a resort called Welli Hilli near Pyeongchang, just an hour or so outside Seoul, and within a half-hour of the best venues used for Olympic competition. Every self-respecting snow park in Korea has its own half-pipe and every kind of slope. If skiing or snowboard isn’t your thing, there are toboggan runs and sleds as well. Your hotel will also have at least one restaurant and coffee shop inside. 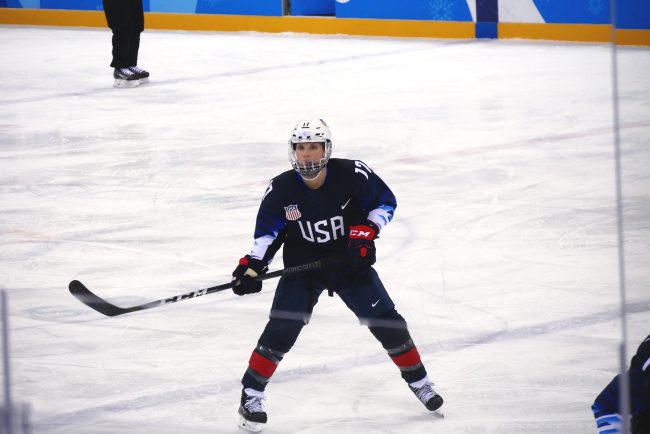 Korea was an excellent choice for the 2018 Winter Games.

Hotel rooms are plentiful and affordable at the snow parks. One thing about Korean hotels that westerners may find unusual is the heat. Koreans expect a hotel room to be warm; about 85 degrees Fahrenheit. What’s odd is that you can’t really turn the heat down. Ask the front desk to cool the room off and they’ll look at you like you just asked to have the toilet removed. Plan on sleeping with the windows open.

Pro tip: Korean hotel toilet seats usually include a built-in bidet. After you figure them out, we’re betting that you’ll be hooked for life. We need these in America.

Save space in your bags for tech and goodies

Most tourists come and go through Incheon airport near Seoul. Before you depart Korea, head for any convenient shopping center and you can load up on every kind of electronics you might want at bargain prices. Remember, this is the homeland of Samsung and LG. Competition is stiff and both price and selection are good. Samsung operates numerous standalone stores in every major Korean city, and general purpose electronics stores are common as well.

Seoul is also a great place to shop for cosmetics and skin care products. Korean brands such Innisfree, Belif, and Skinfood all maintain outlet stores on malls and shopping streets in Seoul. If you find yourself in the southern end of the country, Busan boasts what they say is the largest shopping mall in the world, with every luxury brand represented.

Pro Tip: Head for the upscale Gangnam or trendy Hongdae neighborhoods in Seoul for your most effective shopping. Take the train to Busan for a fun weekend getaway at the beach.

The Pyeongchang Winter Olympics are over, but with any luck, the attention that the games brought to Korea will bring many more Americans over the Pacific for a visit. With everything this country has to offer, you’ll be glad you went.

Jeff Zurschmeide is a freelance writer and publications professional from Portland, Oregon. He specializes in automotive topics, but you'll often find him writing about travel and food whenever he gets the chance.