It’s June. For some people, that means gearing up for summer, but you may have noticed June has recently become far more colorful for marketers, with rainbows everywhere to celebrate Pride. 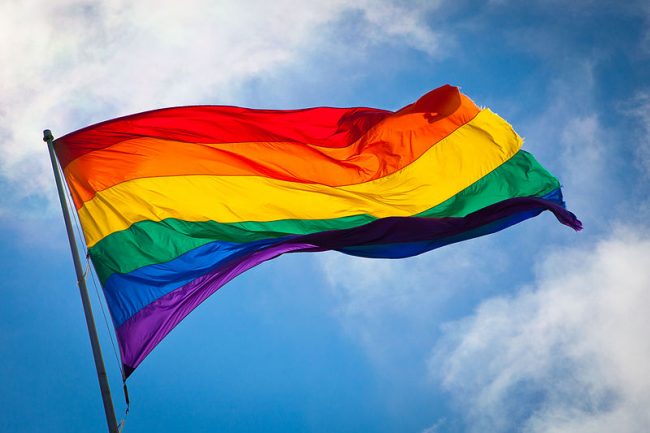 Yes, June is more than just the opener to warmer weather; it’s also the month where we celebrate LGBT Pride. Once upon a time this was controversial, but now it’s been repackaged and sold back to the world emblazoned with rainbows and a smidgen of social justice. For example, you can spend $129 on a blanket, and Rumpl will give $5 to the Trevor Project, a crisis hotline for LGBT teenagers and young adults up to age 25. Also, you can fit right in at Pride and keep your phone charged up with a myCharge battery that proclaims LOVE with a little rainbow heart (for $34.99). myCharge is giving 5% of the sales from those chargers to the Trevor Project as well. Trevor Project is a phenomenal organization, but you can also just donate directly to them, you don’t need to buy a “Pride” product to make a difference.

I don’t mean to sound so cynical. It’s fantastic that companies are embracing LGBT rights, and many of the products being sold as “Pride” focused are also being linked to worthy charities that support the LGBT communities. But to some extent, it is celebrating victory before the war is won, and in the process we’re losing sight of why Pride exists at all, let alone in June.

According to the Human Rights Campaign, 129 bills were introduced in 30 states that were all aimed at restricting the rights of people in the LGBT community. Some of the laws were to allow discrimination (like North Carolina’s bathroom bills) while others were targeted at preventing same-sex couples with children from having the same legal and parental rights as heterosexual couples. In 2017, 28 people were killed specifically for being transgender, many of them women of color. And that’s just deaths that were clearly hate crimes.

I worry about my rights and LGBT acceptance more now that I have a child. There have been a few times when I was in a store and got mistaken for a man, and while that hasn’t happened with him around, I know someday it will. I’ve also been harassed for being in the women’s restroom. These are instances that have happened in New York City, in Massachusetts, in New Jersey … in places where the law is on my side. I’ve been extraordinarily lucky and blessed in my overall life experiences, but even in very liberal places, I’ve seen and experienced homophobia firsthand. Unfortunately, ignorance and discrimination can exist no matter what the law seeks to prevent, and not everyone has the power or influence to stop it.

49 years ago, a group of drag queens, gay men, and lesbians who were patrons of the Stonewall Inn fought back against a police raid. At the time it was illegal in many places to cross-dress in public or gather as a gay bar. Their fight was the start of the modern gay rights movement, and they were fighting for their right to simply not be arrested for having a drink with their friends.

Today’s discrimination is more insidious, and slapping a pride logo on a charger is just one more sign of outward acceptance without any real reflection or attempts to continue to move us forward. We are in a far better place than the LGBT community was in 1969, but we need to remember and honor how hard those patrons and so many other activists fought to get us here. It isn’t time to rest and figure we’ve won if rainbow flags are on chargers; the laws have shifted but they can easily shift back.

This year, for Pride, support the groups that are fighting to keep us moving forward and learning from the events of the past. And remember the people who risked everything not only during one night in 1969 but throughout their lives. We should remember names like Marsha P Johnson and Stormé DeLarverie. Pride is to honor them because without their courage to fight back, we wouldn’t have a movement, let alone a Pride month. We should remember men like Harvey Milk, whose death deserved better justice than the “Twinkie defense”. We should remember the hundreds of thousands who died of AIDS, many of whom died alone while hospitals refused to treat GRID (gay-related immune disorder) as it was first called. We should remember every “Boston marriage”, every “confirmed bachelor”, every person who has lived or still lives their life in fear of being harmed for who they love.

Pride is about celebration, but it’s also about remembering those who fought and suffered for so much; go ahead and buy the rainbow gear, but also take a moment to be thankful for those who came before you, and think about how to pave the way for future generations.