Not everyone is in the market for an ultra-high-end smartphone like the iPhone X. Some people prefer — and only have the budgets for — more affordable options.

For those consumers, the Nokia 1 is shaping up to be a smart pick.

Expected to become available in May or June of this year, the phone has captured the attention of analysts everywhere, all of whom have collected some known details about the phone. 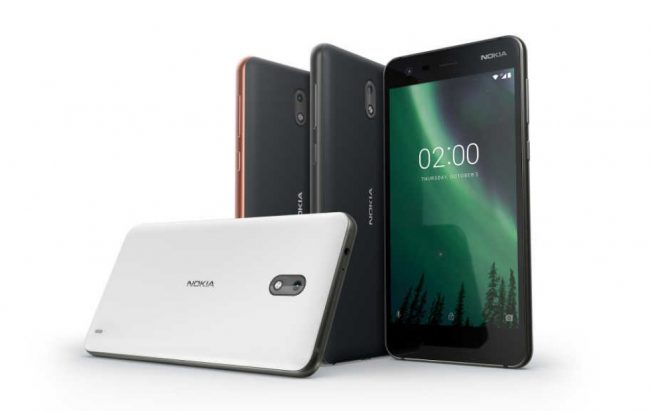 One confirmed detail about the Nokia 1 is it’ll run the Android Go operating system. If you haven’t heard much about it yet, think of that OS as a slimmed-down version of the standard Android Oreo operating system.

The reduced size of the operating system and apps that run on it — which are 50 percent smaller than the originals — lead to better performance in less expensive mobile phones that don’t have the storage capacities of more costly offerings.

The operating system offers Chrome Data Saver, which could be especially helpful if you’re on a phone plan that doesn’t give a generous amount of data for streaming media or checking out websites.

You’ll also get access to the Google Assistant Go Edition. It lets you do Google searches with your voice, ask for directions and more.

In the United States, it’s common for people to sign contracts with mobile providers and only be able to use their phones for those companies’ services.

However, in other countries, including destinations throughout Europe, individuals regularly have multiple SIM cards to take advantage of offers from several phone companies. Using two SIM cards at once also allows for using one device for both a business and personal number.

Manufacturer documentation about the Nokia 1 confirms dual SIM card slots on the model. That makes the phone especially convenient for people who frequently travel abroad or use two phone numbers for particular purposes.

A Great Gadget for Taking Photographs

The official website of the Nokia 1 smartphone shows that like many other leading smartphones on the market, this one will include both a front and rear camera. The five-megapixel rear camera provides LED flash functionality for lighting up shots taken in dark environments.

Plus, the two-megapixel front-facing picture-taking component is ideal for snapping selfies or making video calls.

A Phone That Shows Off Your Personality

Among the most instantly noticeable characteristics of the Nokia 1 is its durable, colorful shell. In addition to making the gadget look appealing, the vibrant hues could make scratches less visible while matching your mood or outfit. You can also switch out the phone’s covers in seconds, meaning you’ll never get bored by the way your phone looks.

You Can Expand the Memory As Needed

The Nokia 1 comes with 8 GB of internal memory, which is likely enough to run many of the apps you use most often. However, if you typically use your phone to play music or store photographs, more memory may become a necessity.

In that case, take advantage of the phone’s MicroSD storage card slot that expands the memory to as much as 128 GB.

Coverage May Potentially Be Limited

Early coverage of the Nokia 1 mentions it’ll sell for only $85, making it the least expensive new model the brand offers while providing many of the features of the brand’s pricier offerings.

However, Nokia’s CEO, Florian Seiche, recently mentioned there were no plans to bring the Nokia 1 or any of the company’s other new phones to the United States.

Soon afterward, Nokia backtracked and said the phones would arrive stateside this summer but wouldn’t have any carrier partners. The United States is not reportedly one of the brand’s core focuses for the near future. Seiche says the plan is to emphasize markets where Nokia has already seen recent success, such as Europe, Russia, and Indonesia.

What Impact Will Nokia Have in the Smartphone Market?

Many things, such as those covered above, make the Nokia 1 seem like a fantastic phone for the price. However, if Nokia only puts limited resources into the U.S. market, will the brand be able to conquer already dominant names like Samsung and Apple?

People are buzzing about Samsung’s Galaxy S9, due out soon. Plus, although Apple’s iPhone X hasn’t sold as well as expected, the brand will release three new iPhones this year, including one with a 6.5-inch screen.

These developments make it seem like Nokia has some daunting work ahead if it wants to return to its former marketplace dominance.

Nevertheless, it’s worth noting that the brand has other worthy smartphones to sell besides the Nokia 1, and collectively, those could add to the company’s momentum.