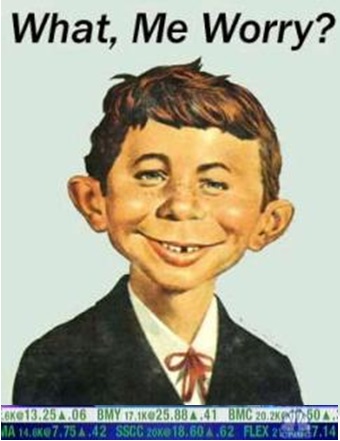 Earlier this week, Elon Musk tweeted out that he was considering taking Tesla private and indicated he had funding available. Tesla stock flew up only to fall when it wasn’t clear if this was really happening. Within just a few days, lawsuits were filed against Musk for manipulating Tesla stock illegally. Musk’s tweet may have opened an enormous legal issue.

First of all, it’s important to focus on what is illegal here. A CEO, or any executive with significant insight into a public company, cannot make material announcements without proper filing. A material announcement is anything that has a specific impact on the company. So, let’s say for example, Company A decides to merge with Company B. Before they tell stockholders, they would file with the SEC and prove they’re serious, THEN they would announce it. Otherwise, it could lead to people investing in one or both of the companies in anticipation of the merger, only to have that fall through and the stock prices drop again. What Elon Musk did isn’t that different.

Taking a company private means that members of the public won’t own shares. Current shareholders of Tesla would instead receive cash equivalent to an agreed-upon share price, and all the shares would then be owned by the private consortium instead. Here’s the thing, though: Musk’s tweet sent Tesla stock up 11%, but when no proof materialized the stock fell again. In the words of a friend of mine while tackling someone for an illegal move in rugby, “You can’t f—ng do that!”

There’s speculation that Musk did it specifically to harm short sellers who he believed were trying to harm the stock. Short selling is effectively betting that a company will fall in value. An investor who wants to “short” a stock borrows the stock to sell it. This puts them in debt to the institution they borrowed from, so in order to close the debt they have to buy stock to give to the lender. The trick is that if the stock drops in value before they have to give the lender stock, they can buy the stock cheaper, thus making money. In other words, let’s say you believe iPhones are way overpriced. You borrow your friend’s iPhone and sell it for $1,000. A week later, you buy your friend a new iPhone for $700; you’ve made $300, and probably really annoyed your friend. It’s a very risky strategy, because with short selling the absolute most you could make would be if the stock went to zero, but you could theoretically lose an infinite amount (a stock can’t go below 0, but it can climb higher and higher without a cap). So going back to our iPhone example, if iPhones go from costing $1,000 to costing $0, you would theoretically make $1,000 by selling your friend’s phone and replacing it when the price dropped. On the other hand, if iPhones go from $1,000 to $2,000, you’re in the hole $1,000.

So going back to Tesla and the short sellers. Musk has always hated short sellers and their implication that the stock is overvalued. If he tweeted the private stock idea specifically to drum up interest in the stock and squeeze short sellers, that’s a clear violation. To close out the iPhone analogy, you borrowed your friend’s iPhone and sold it, and Tim Cook is personally offended that you have impugned Apple. As a result, he tweets that they’re going to stop making iPhones, so prices shoot up. After you pay double to buy back your friend’s iPhone, Tim tweets that iPhone manufacturing is back up to speed. In a nutshell, that’s classic price manipulation.

Now, it remains to be seen for certain if that’s what Musk did. The good news for everyone is that this isn’t tough to prove — either there’s a paper trail or there isn’t. The drama, however, won’t die down either way, so get the popcorn and the SEC website ready!