We recently reviewed the iHome iAV2. It’s a speaker dock that not only gives an Amazon Echo Dot much-improved sound but also doubles as a bedside clock. iHome also offers the iAV5B. It too greatly improves the sound from an Echo Dot but, while it lacks a clock, it adds something rather fun. Its lights make your music a visual treat. 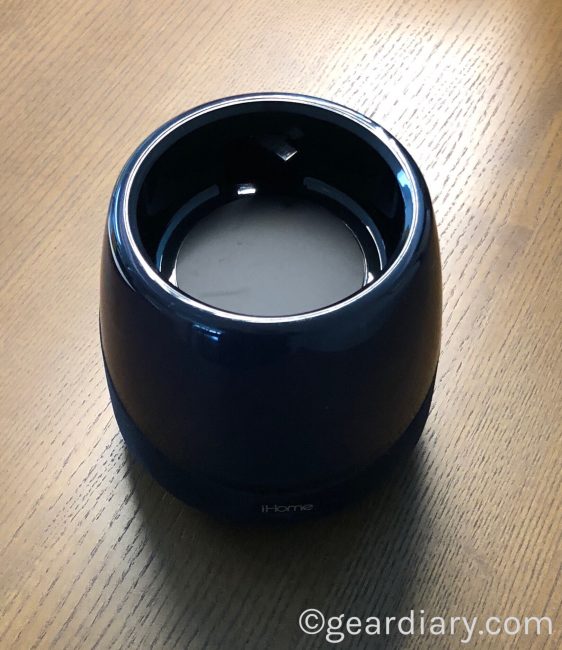 Like the iHome iAV 2, when you pull the iAV5B out of the box, you will immediately notice the circular spot on top. This is where the Amazon Echo Dot goes and is perfectly sized for the Rev 2 version of Amazon’s smallest and most inexpensive Echo product. 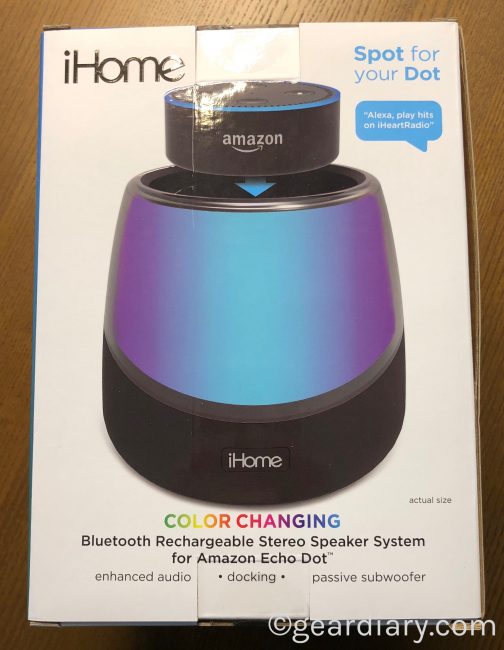 That, however, is where the similarities end. The iAV2 offers connections that not only power the Echo Dot but also create a physical audio connection, so the sound from the Dot plays directly through the speaker dock. The iAV5B, on the other hand, connects to, and powers the Dot but there is no Aux-In port. Instead, one the speaker and the Dot are connected and powered on; the two can be paired via Bluetooth. Once the pairing, which is accomplished via the Amazon Echo app, is complete, the audio from the Dot will play through the iHome dock. It is a bit more cumbersome than simply plugging the Dot into the dock as you do with the previous iHome dock but it works well. One benefit of iHome using Bluetooth is that you aren’t limited to using the speaker in the iAV5B with your Amazon Echo Dot Gen2. No, since the speaker has Bluetooth, you can also pair it to any number of devices and enjoy your music with much better sound than a phone or tablet can offer. 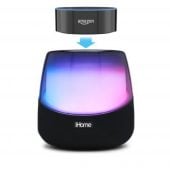 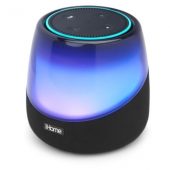 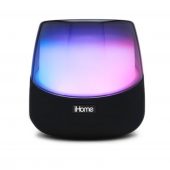 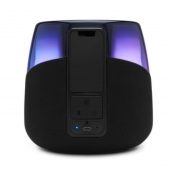 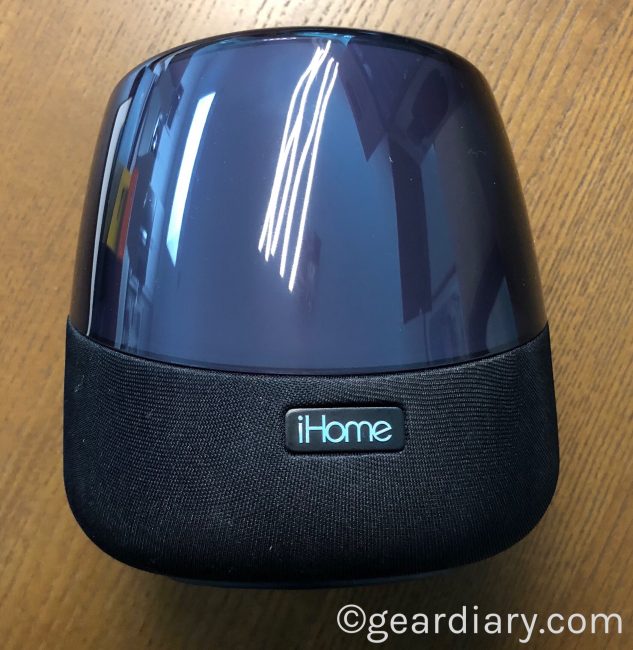 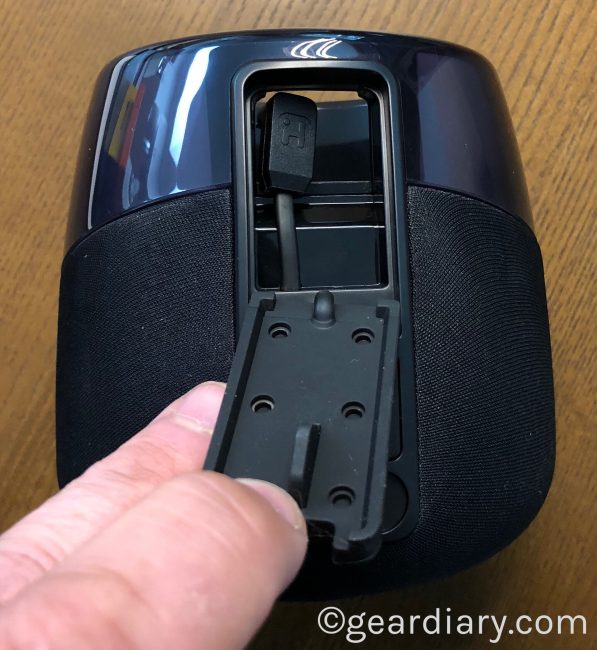 At the back of the speaker is a rubber door that opens to reveal the USB to micro USB charging port that powers the Amazon Echo Dot. 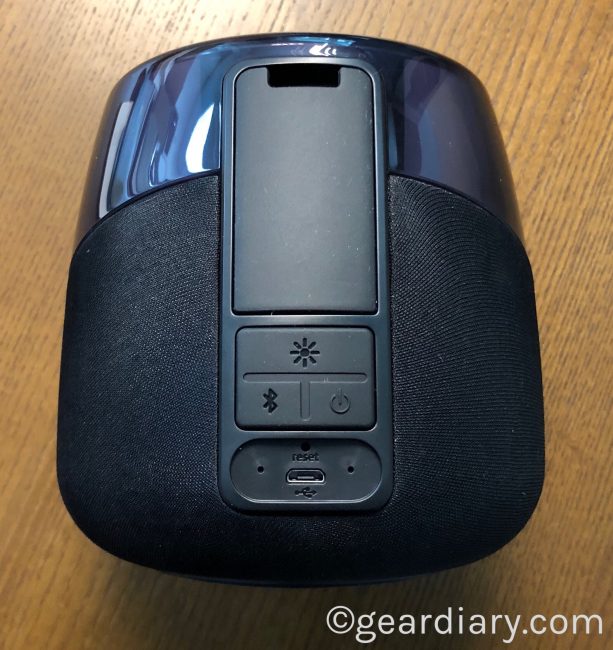 Beneath the door, there are touch controls for power, Bluetooth pairing, and light control. There is also a micro USB port for powering the speaker and Dot. 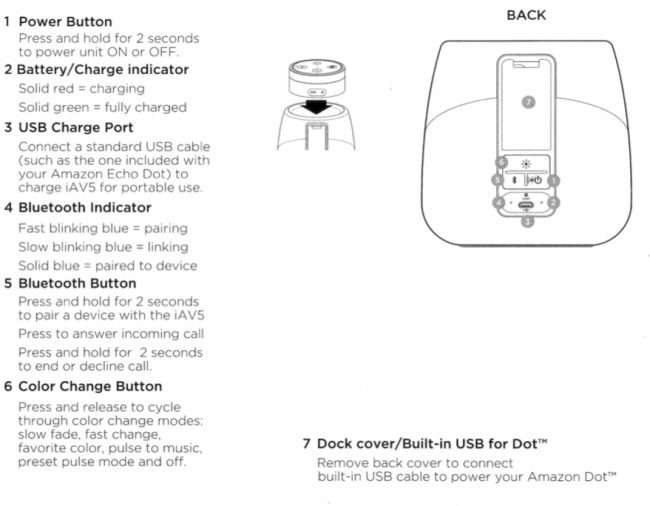 Once both the speaker and the Dot are powered up, you can pair the two by pushing the Bluetooth button on the iAV5B and going to the Bluetooth settings in the Alexa app on your phone or tablet. Once paired the sound from the dot will come through the iHome speaker. 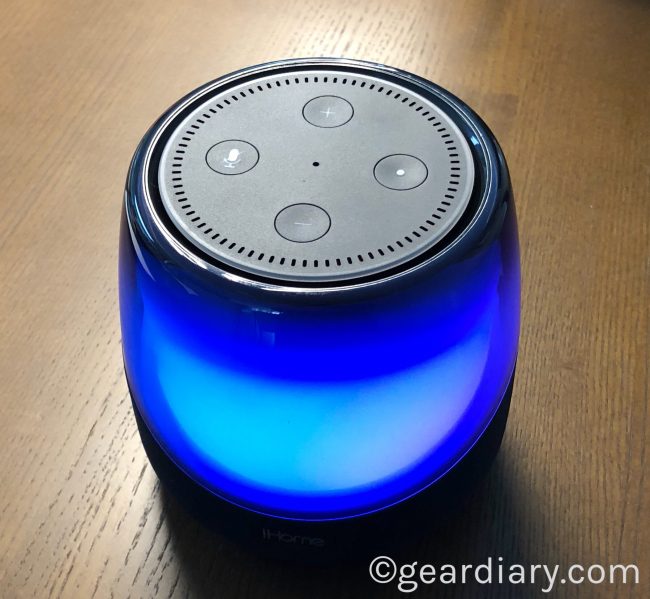 That’s where the fun starts since, of course, the iAV5B is a rather colorful speaker. You can use the speaker dock as a simple speaker dock or, by pressing the button controlling the light, you can bring your music to life. The dock isn’t bright, but it does get bright enough to draw attention to itself. As much plays the light’s color and “shape” changes. 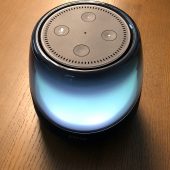 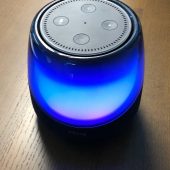 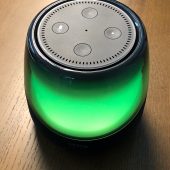 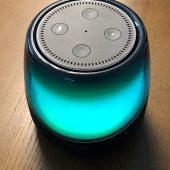 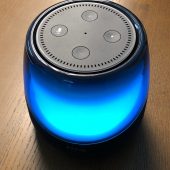 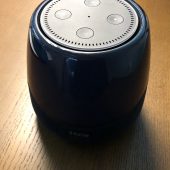 In a way, it is like a modern version of the Lava Lamps that were part of my childhood. Toggling through the various light settings by pressing the light button changes the color and intensity. Options available include Slow Fade Mode, Fast Change Mode, Favorite Color Mode and Pulse to the Music Mode. There is, as mentioned, an option to turn the light completely off too.

When I received the iHome iAV5B, I wasn’t sure what to make of the light feature. Sure, it’s a cute little extra, but there’s a reason Lava Lamps went out of style. So, while the light feature is fun and, I can see using it for fun once in a while, but I’ve found myself using the dock with the lights set to off most of the time. 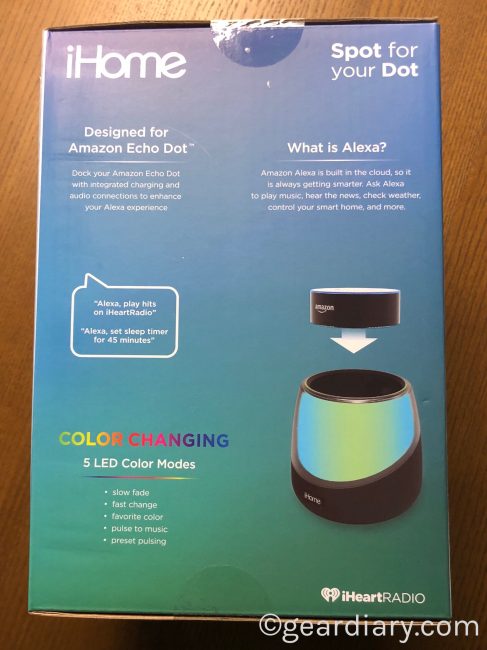 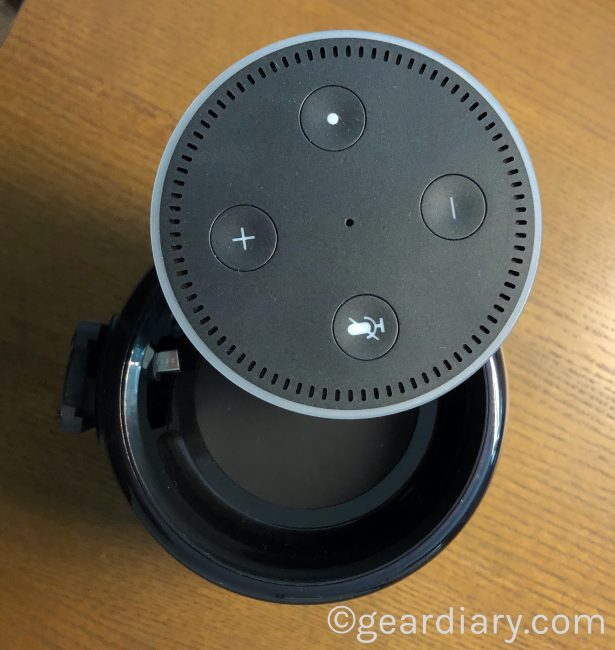 At $59.99, the iHome iAV5B is a convenient and affordable way to get better sound from the Amazon Echo Dot Gen2 you already own. 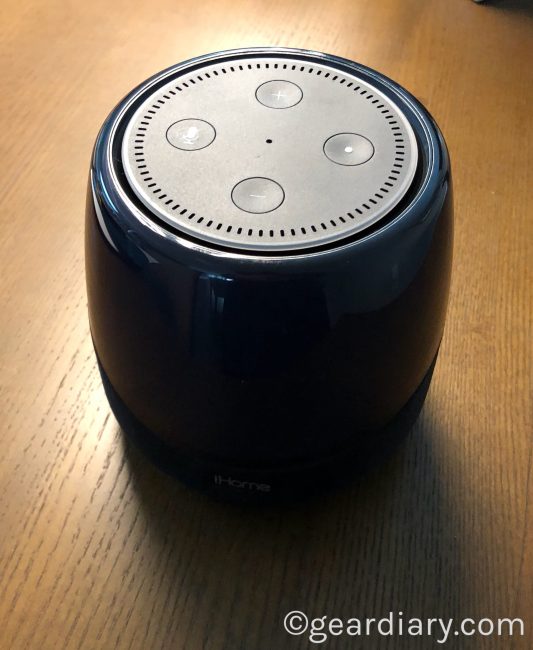 It lets you take full advantage of the Dot’s smart home features while bypassing the terrible speaker built into Amazon’s most affordable Echo product. Add in the fact that you can connect any audio source with Bluetooth and the ability to use the dock as a fun light show and, if you already own an Amazon Echo Dot Gen2 and want better sound, this is a product worth checking out. Learn more here.

What I Like: Holds and powers the Amazon Echo Dot Gen2; Can draw audio from any number of Bluetooth-enabled sources; Sounds much better than the Amazon Echo Dot on its own; Can be used to create a fun light show with a variety of modes to fit your mood

What Needs Improvement: Sound is better than the Dot’s but still won’t impress those looking for great sound; Lights are a cute gimmick but one that I suspect most people will quickly tire of using