NordicTrack has long been known for their high-quality home exercise equipment and they do not disappoint with their Grand Tour Series of exercise bikes. The Grand Tour features Android-powered HD touchscreens, access to professional trainer-led workouts, incline adjustments in addition to resistance, Silent Magnetic Resistance technology, adjustable seats, and included dumbbells. The NordicTrack Grand Tour series starts at $999. 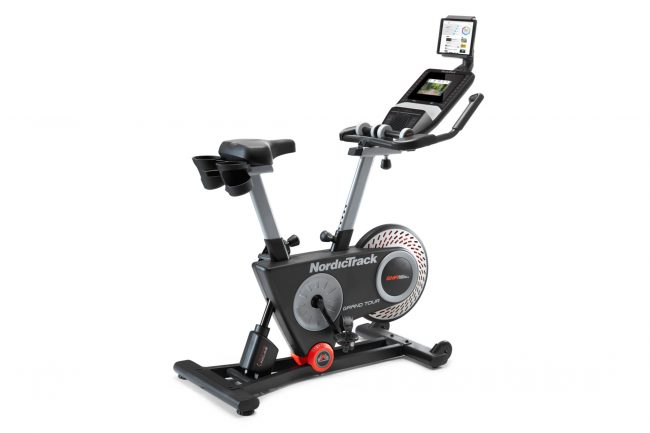 At-home spin bike workouts are all the rage these days, thanks to a relatively new shall-not-be-named market disruptor. However, NordicTrack has been in the exercise game for years, perfecting their products ever since they originally gained popularity with their cross-country style skiing machines in the 1980s.

The Grand Tour is positioned in the market as an affordable exercise bike that’s not exactly a full-fledged spin bike, but it has a ton of features to make it more attractive than an entry-level exercise bike. Features like the HD Touchscreen, incline control, instructor-led classes, and included dumbbells help the Grand Tour stand out from the entry-level class. 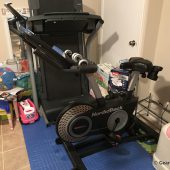 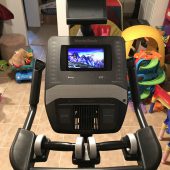 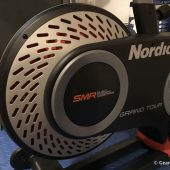 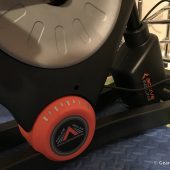 The Grand Tour series features a ton of great features on the HD touchscreen, including the ability to browse the Workout Library, filled with a number of pre-recorded Livecast workouts in many categories, including Total Body Bootcamp, Beginner, Endurance & Tempo, and Time Crunch. You can also access pre-made Google Map workouts that take you through different landscapes in the Pacific Northwest and around the world. 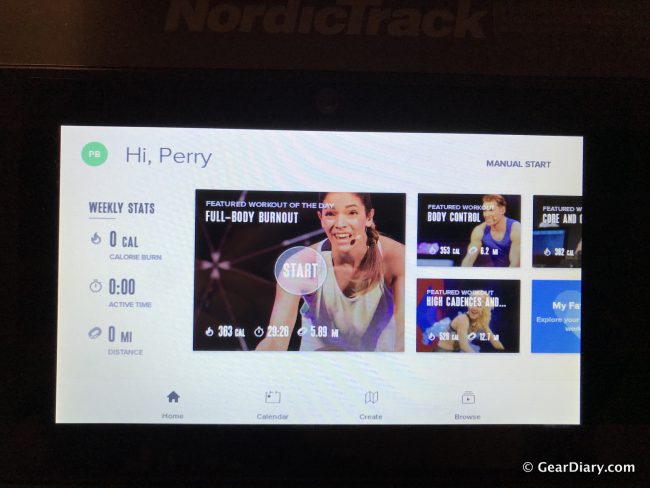 The HD touchscreen also comes with pre-made workout routines that aren’t accompanied by a trainer in the following categories: Intervals, Hills and Endurance. You also have the option to do your own workout, by selecting “Manual Start” on the homepage. 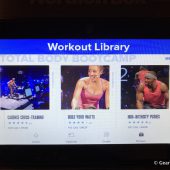 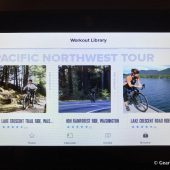 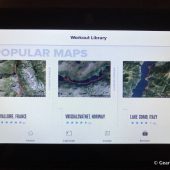 Moving away from the HD touchscreen, there are plenty of other features that are easily accessible by the rider. On the left of the screen, you’ve got quick incline/decline buttons that allow you to instantly change the incline/decline anywhere from +10 degrees to -10 degrees at 2-degree increments. On the right of the screen is the quick resistance buttons that allow you to go from level 2 up to level 24. 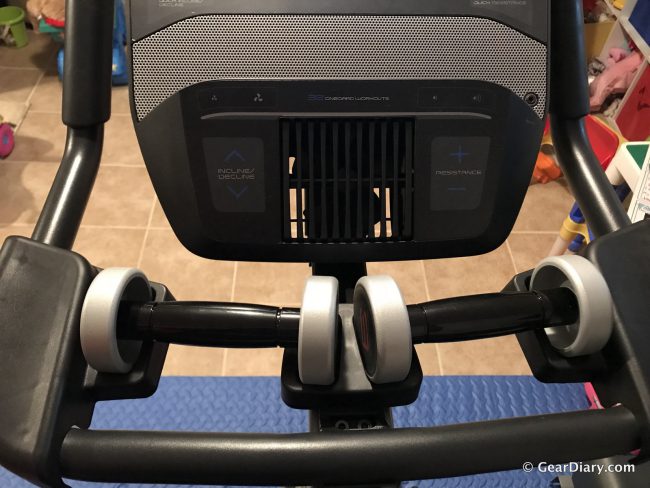 Moving to the lowest level on the control panel is the fan in the middle, flanked by two more sets of control buttons. On the left are the manual Incline/Decline buttons that allow you to set the exact incline or decline you want in 1-degree increments. On the right of the fan are the resistance up/down buttons. These buttons allow to you set the exact resistance you want between 0-24 in increments of 1 level. 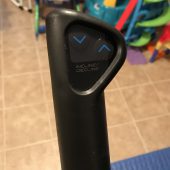 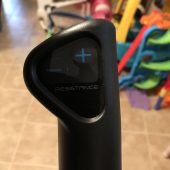 In between the handlebars are the two included 3 3-pound weights, which are conveniently stored in their own little holsters at the center of the control panel. The armpads are located on the outside of where the weights are stored; this is where you can rest your arms while you’re leaning forward pedaling your heart out. The plastic armpad isn’t padded, unfortunately, so it’s not the most comfortable. The handlebars are also not padded, so whenever you’re gripping the bike, it feels fairly cold and hard. I would have liked to see NordicTrack at least cover the powder-coated metal handlebars with a rubberized finish to add some softness to it. 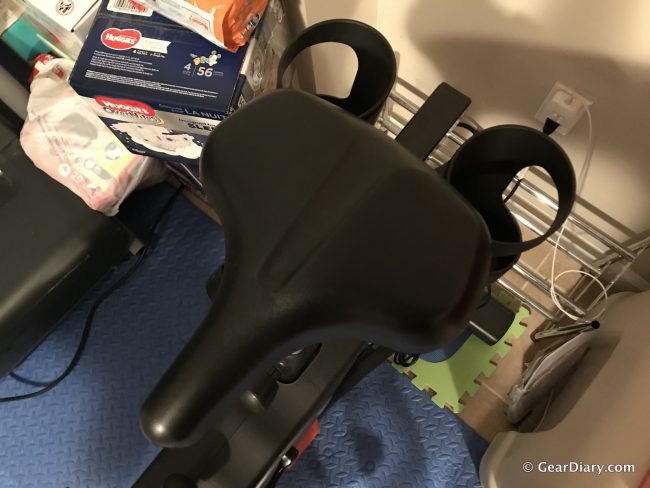 You know what’s not cold and hard? The seat. The seat on the Grand Tour is nicely sized and cushioned so that you will not feel any pain in the butt after your workouts. There are also two cup/bottle holders located behind the seat, for your workout convenience.

On the very top of the control panel, above the HD Touchscreen, is an integrated, adjustable tablet holder. It’s the perfect size to hold an iPad or Android tablet so you can browse the web, watch Netflix, or do whatever else you want during your workout. There is also a USB port on the side of the control panel so that you can keep your tablet plugged in and charged up throughout the workout.

The pedals included with the Grand Tour are extra-wide so they’ll fit any foot. The pedals also have adjustable straps that allow you to make sure your foot is secure while pedaling. While the straps do help keep my foot on the pedal, it’s also another hint that we’re not looking at a “serious spin bike” here. Most “real” spin bikes have the option to be able to use special spin shoes that clip into the pedals. While not a deal breaker for me, but may be a deal breaker for serious spin bike fans, the flywheel on the Grand Tour does not seem to give enough inertia to the pedals, so pedaling while standing was not fluid enough to do on a consistent basis. When the Livecast trainers told me to stand and pedal, I wasn’t able to keep standing for longer than 10 seconds due to the fact that the pedaling did not feel as natural as it would on a regular bike. My legs were halted at the bottom of their rotation because there wasn’t enough interia to help bring them back around. Again, not a deal breaker for me, but may be for someone looking for a “spin bike.” 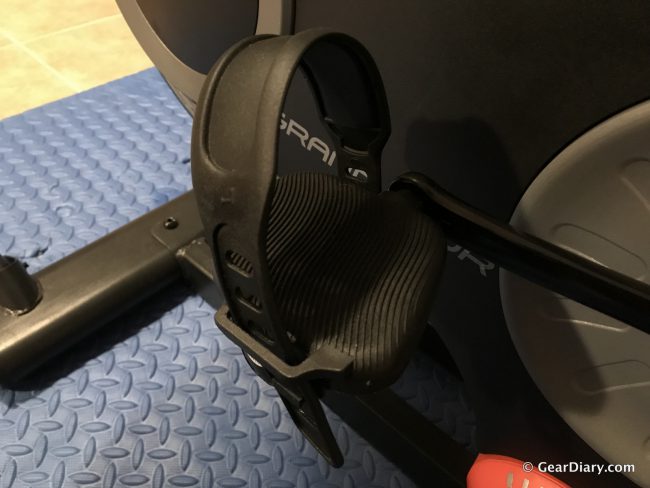 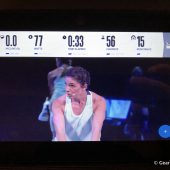 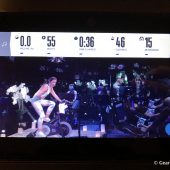 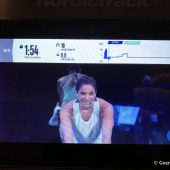 The map-based workouts are fun because you get to explore far-off cities like Paris or Tokyo while staying in the comfort of your padded bicycle seat. The incline/decline automatically changes based on the elevation on the map, which adds to the realness of the situation. The downside to the map-based workouts is that it’s made with a series of street-view photos from Google Maps instead of videos, so it’s not as smooth as I’d like. The photos change sequentially based on how far you’ve pedaled. 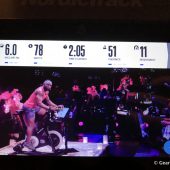 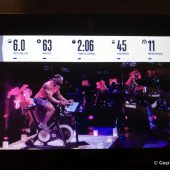 After taking the NordicTrack Grand Tour on a few spins, I can say that I’m a fan of what they’ve built here. It’s perfectly positioned as an entry-level exercise bike with enough features to make it more than just a basic bike. It’s not meant to be a spin bike, and that’s ok. It’s meant to keep the rider engaged while watching the pre-recorded workouts, the map-based workouts, or their own content on their tablet.

The $999 price point of the Grand Tour is the perfect spot for this bike when you take into account the HD touchscreen, trainer-led classes, incline/decline functionality, included weights, and more. If you’re looking for an exercise bike, you’ve got to consider the NordicTrack Grand Tour Series. 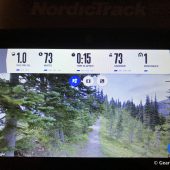 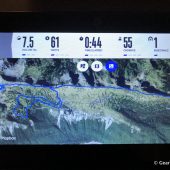 You can purchase your NordicTrack Grand Tour Series bike directly from NordicTrack.com.

What Needs Improvement: Trainer-led classes are pre-recorded; Pedaling is not fluid so tough to stand and pedal; Handlebars are too hard