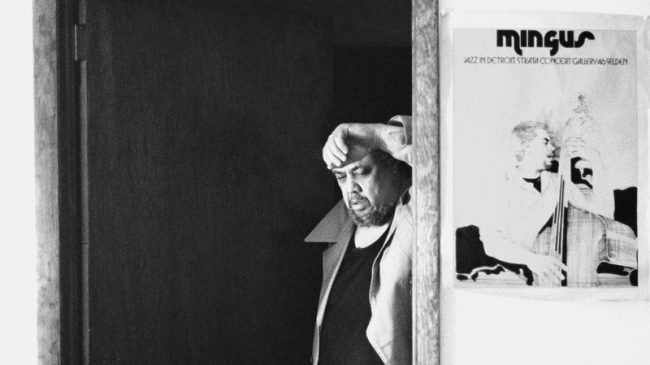 Music box sets are both a mixed bag and a touchy subject – on the one hand, they are pretty obvious cash grabs made by repackaging material mostly already available with unreleased music of often questionable value; on the other hand, often the collection is an absolute gem for the listener.

Over the last couple of weeks, we have seen the release of several excellent sets of music that I have been devouring and can highly recommend for jazz and rock music fans. Let’s check them out!

2018 already saw the release of the ‘forgotten’ album ‘Both Directions at Once: The Lost Album’, part of Coltrane’s transitional period. This collection includes that album as well as John Coltrane and Johnny Hartman, Dear Old Stockholm, Newport ‘63 and Live at Birdland. The 3 CD / 5 album set programs the songs as originally recorded and released.

What is great about this collection is it truly captures a less explored moment in time of one of the most important figures of modern music. Lost between the ‘sheets of sound’ and modal music that preceded it and the genre-expanding spiritual and avant-garde music that would follow, 1963 saw Coltrane making great music that reflected where he had been throughout his career to date while hinting at what would come. It also includes the sublime Coltrane / Hartman collection that serves as a reminder of how Trane – known for sprawling solos, dominating performances and a harsh tone – could play sensitive ballads and serve as a subtle counterpoint to the lucious baritone voice of Hartman. This was also the only time Coltrane recorded with a vocalist.

For fans of great instrumental jazz, this collection is definitely worth checking out. And check out a great 1963 live version of Afro Blue.

Head to Amazon to check out John Coltrane ’63

This year marks the 40th anniversary of the classic prog-rock album Hemispheres. The album marked a transition for Rush – A Farewell to Kings had marked a move from Led Zepplin influenced power trio to a powerhouse instrumental unit with adventurous songs. And while it lacks a catchy single like ‘Closer to the Heart’ from the earlier album, ‘The Trees’ and ‘La Villa Strangiato’ were two of the most loved songs from their 1970s albums.

Hemispheres shows a strengthening of their songwriting and melodic development abilities and serves as the bridge into their most popular era. Their next two albums – Permanent Waves and Moving Pictures – featured their most popular songs, but it is easy to hear their origins on Hemispheres and understand why so many older fans mark it as a favorite of their discography.

Check out a 1978 live version of ‘La Villa Strangiato’!

Stream or buy Hemispheres at Amazon

While this isn’t really a ‘boxed set’ since it is just a single album, this is one of those incredible finds that have been sitting around unreleased for decades, and help fill in the understanding of an artist who has always been massively influential but was just starting to get popular acclaim. The previous year his ‘Monk’s Dream’ album was his most popular to date, and the following year he would land on the cover of Time magazine as Beatlemania was washing over the USA.

Thelonious Monk had been a major figure since the birth of bebop in the mid-1940s and contributed numerous beloved and challenging compositions, known for difficult chord progressions and angular, jagged melodies. All of those things are present in this Copenhagen concert, even in the two standards “I’m Getting Sentimental Over You” and “Body and Soul”. The other three songs are Monk originals, two from ‘Monk’s Dream’ and one earlier composition from an iconic recording with John Coltrane from 1961.

For this concert, Monk is joined by one of his best bands: long-time saxophonist Charlie Rouse, bassist John Ore, and drummer Frankie Dunlop. All are performing at their peak, loose and free-flowing. Within the year Ore would take on the inter-galactic explorations of Sun Ra and Dunlop also moved on, with only Rouse remaining for the next few years. We are fortunate that GearBox records rescued these tapes from nearly being thrown in the trash and restored and released this great document of one of the great figures of music at his peak.

Check out the ironically titled Mønk at Amazon!

I have been listening to Beatles albums for more than 45 years, starting with what are now called the ‘Red’ (’62-’66) and ‘Blue’ (’67-’70) albums and moving bit by bit to their main albums until now I have a massive collection of their albums. And from all of that, the ‘White Album’ still stands out as an oddity in many ways – it is a sprawling double-album that feels loose in execution at times and given to an uneven quality with occasional silliness (Wild Honey Pie). But here is the thing – any album that contains songs like Blackbird, Julia, While My Guitar Gently Weeps, Revolution, etc. is simply a must-have collection of incredible music. The jarring transition from the intensity of Helter Skelter to the introspection of Long, Long, Long has not diminished, nor has the cerebral musique concrete of Revolution #9. Just browse the song-list and you’ll be amazed.

But it gets better – every song on the 2018 remixed version has been improved. One obvious improvement is getting rid of the low-level metronome in Blackbird. But it goes beyond that – each song sounds more pure than the original and better produced, but none of that raw feel is lost. Another example if Everybody’s Got Something to Hide Except Me and My Monkey, which is still a straight-out rocker, but all of the instruments are clean and clearly separated without the mix turning to mush. With the ‘Super Deluxe’ version, you also get a bunch of demo tracks and other mixes – the value of which is highly subjective. But regardless of the extras, just the new mixes of these great songs warrants grabbing this new version of the 1968 classic.

Check out the 50th anniversary of The White Album at Amazon!

The 1970s were a brutal time for ‘mainstream’ jazz – while Miles Davis and fusion groups like Mahavishnu Orchestra, Weather Report and Return to Forever were getting the rock star treatment, major labels were dropping legendary artists such as Ornette Colemen and Charles Mingus. These were giants who were responsible for some of the greatest and most influential music of the century suddenly cast aside – but as we see here there was a load of great music left in Mingus during the last decade of his life.

Recorded live during a week-long residency at Detroit’s Strata Concert Gallery, this set of music was broadcast on the radio and the tapes preserved. What we get is a 4+ hour set of a dozen songs along with introductions and interviews. His band for these shows included pianist Don Pullen, trumpeter Joe Gardner, tenor saxophonist John Stubblefield, and drummer Roy Brooks. The group was never recorded aside from this new release and morphed into Mingus’ final great group by the following year.

The music is simply incredible – the intensity never lets up during the 25-minute long version of 1956’s ‘Pithecanthropus Erectus’, peaks again and again throughout the set, and we are simply exhausted by the time the record is over. Charles Mingus was one of the greats of jazz – there since the birth of bebop, an incredibly talented bassist, formidable composer to rival even Duke Ellington, and inspirational bandleader who fostered countless young musicians through the decades. Unlike his mentor Ellington who was celebrated right up until his death, Mingus found himself cast aside as the jazz world chased a new vision. Fortunately for us, he kept up playing and recording incredible music right until the end of his life. This album is a gem and one of my favorite releases of 2018.

Rediscover some of the greatest lost jazz of the 1970s with Charles Mingus in Detroit at Amazon!