Marvel has done a pretty amazing job with their cinematic universe. They spent years building up to The Avengers, and the interconnected universe since then has been a testament to their creative design. There was one hero in the wings, though, who made even the most powerful Avengers look like little leaguers. Enter Captain Marvel.

Captain Marvel has several origins from the comics, and it’s not 100% clear from the trailer which version the movie will use. But what we do know is that Carol Danvers is a soldier turned Kree Warrior, she’s insanely powerful, and she’s going on a buddy road trip with Nick Fury. And she’s really good at spotting Skrulls disguised as old ladies (also, some Infinity War spoilers below the trailer):

The trailer looks absolutely amazing. Plus, as we know from the end of Infinity War, Nick Fury is going to page for Captain Marvel, it’s been nice knowing you Thanos, but after seeing Captain Marvel take on whole spaceships with her bare hands, it might be time to consider an exit strategy. 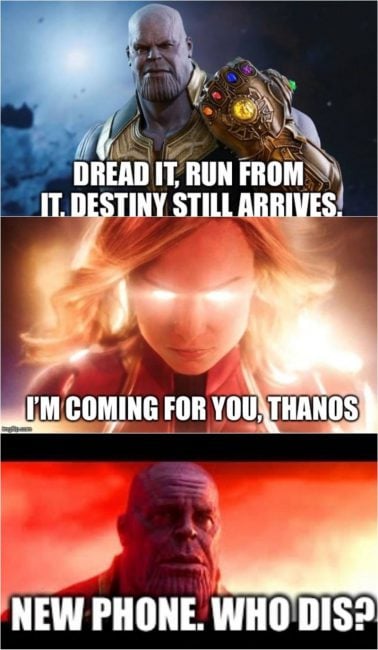