June is LGBTQ+ Pride Month, where we celebrate the anniversary of the modern gay rights movement. It comes from the Stonewall Riots that started on June 28th, 1969. It’s a piece of history that’s easier to understand as adults, but I struggled with how to explain it in an age-appropriate way to my son. 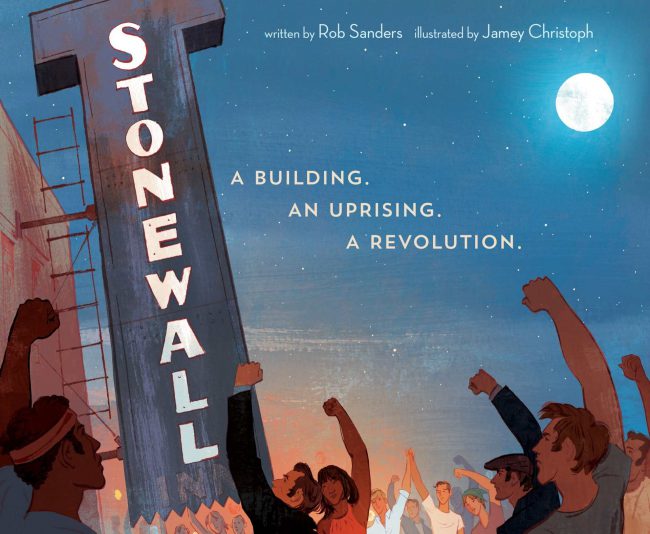 A friend suggested “Stonewall: A Building, An Uprising, A Revolution“, by Rob Sanders. Amazon recommends it for K-3, and I think that’s about right. An older kid might find it interesting as a starting point, but it’s a little too simplistic beyond a certain age. However, for a younger kid it is a great way to introduce the story.

The book goes to great pains to set up the history behind the Stonewall Inn and the building itself, going over the neighborhood and the various changes that went on over the years. It also explains the laws that allowed the police to arrest people during the riots in a simple fashion-when I read it to my son, he really took to heart the idea that the laws were unfair and why people fought back. This was key for me, because I didn’t want him to be afraid I was in danger of still being arrested, and I also didn’t want him to think it was ok to riot without provocation.

At the same time, this is an important piece of history, and I feel strongly that he should understand why we celebrate gay pride and how far we’ve come. We finished the book, and he asked me if it was real, if there really had been laws that prevented his other mom and me from being married to each other. I explained that yes, those laws did exist, but in large part because of the Stonewall Riots, those laws have changed. He was content with that answer, and it gave him some historical context to go with the Pride flags he sees in various places.

If you’re looking for a way to explain to a younger kid what Pride Month means, I can’t recommend “Stonewall: A Building, An Uprising, A Revolution” enough. It has historical context, great artwork, and a simplified but clear explanation of the laws and rights at stake.