If you thought folding display phones were cool, then you’re going to really like the latest concepts from TCL. Why stop at a folding display when you could have a tri-fold display or even cooler, a flexible scrolling display? Here are what some future TCL smartphones could possibly look like… 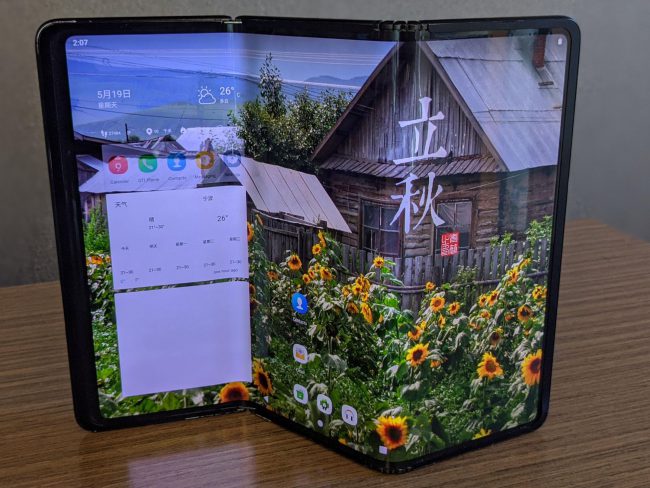 Let’s start with this wallet-style concept. It’s got a folding screen similar to what we’ve seen on the Moto Razer and the Samsung Z Flip, but it’s a wider display that’s more tablet-like when opened. The form factor seemed a bit weird —  a tad too wide to hold up to your head if accepting a call — but TCL says they can do this form factor in any size or width, and with no gap between the two screens when the device is folded shut. 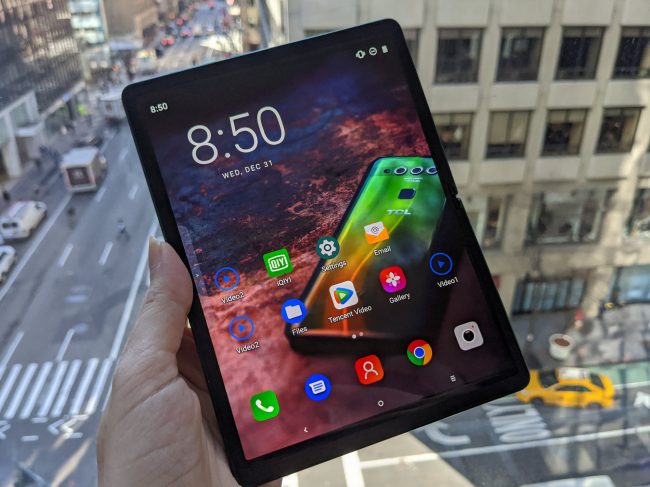 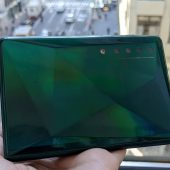 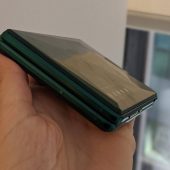 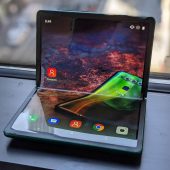 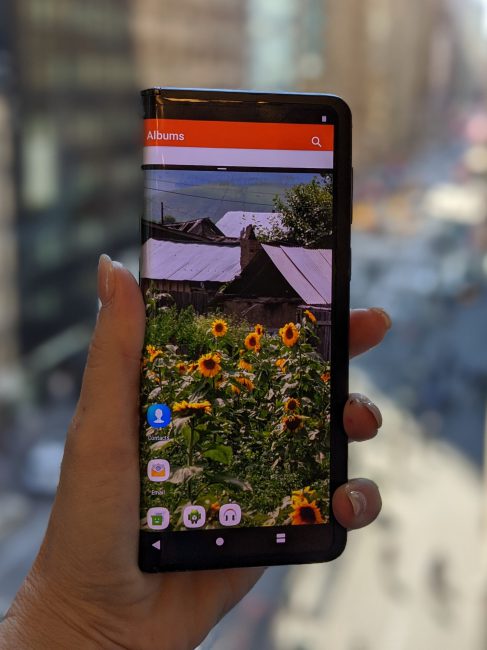 But it unfolded on two sets of hinges to go from being a 6.65″ smartphone to become a 10″ tablet! While it’s a bit too heavy and thick to be a daily-carry smartphone (at least in this concept stage), I was really enamored with the idea of an almost pocketable folding tablet. Hopefully, if something like this does eventually make its way to retail, they’ll have figured out a way to get the weight and bulk down. 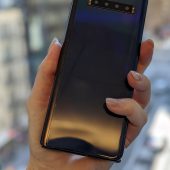 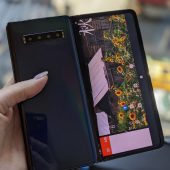 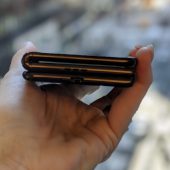 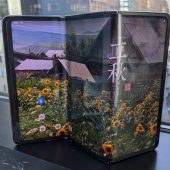 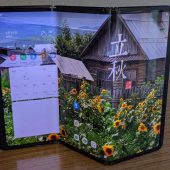 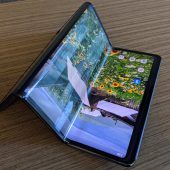 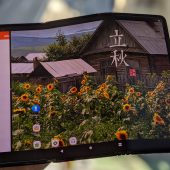 This phone concept was probably the most out there — which makes  it the coolest. Imagine a normal-sized phone with a flexible AMOLED display that scrolls open, turning into a compact tablet! At only 9mm thick, this concept looks like a normal smartphone when the flexible display is rolled up and hidden. But when activated, the display goes from 6.75″ to  7.8″. When in tablet form, the display has no wrinkles or creases — unlike the typical folding display.

This was the only concept phone that was nonworking so unfortunately, we didn’t get to see the scrolling mechanism in action. 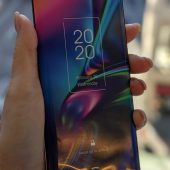 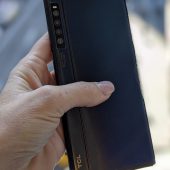 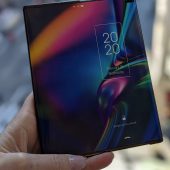 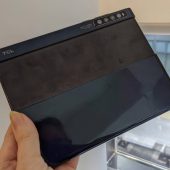 With these latest concept devices, TCL has clearly shown that there is still plenty of room for new ideas when it comes to flexible and foldable display technologies, and it’s critical for us to think outside the box and lead with innovation. These new form factors leverage display and hinge technologies that already exist entirely within our fully integrated TCL ecosystem, allowing us to reimagine the future of mobile device development with an aggressive research and development program. – Shane Lee, General Manager, Global Product Center at TCL Communication

There are no prices or availability on these devices to announce because they are just concepts, but it’s clear that TCL is putting a lot of thought into future display design possibilities. If they were to bring a design similar to one of these concepts to market, which form factor do you think you’d like best?